Why Wasn’t There a Republican Primary in South Carolina? 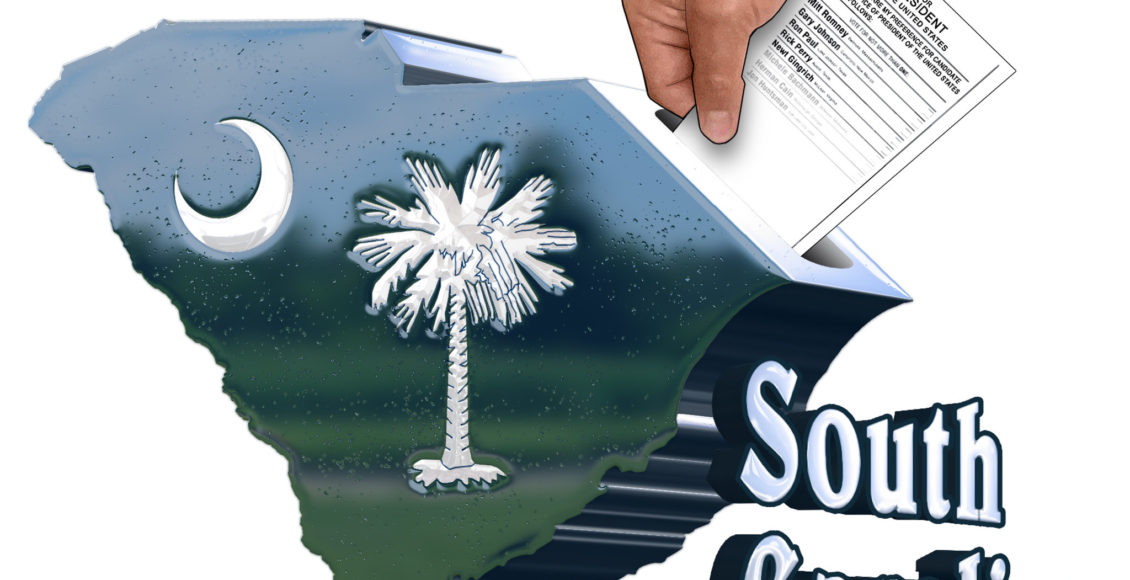 The 2020 South Carolina Democratic presidential primary introduced a new dimension to the race ahead of the Super Tuesday contests next week. As results trickled in on election day, former Vice President Joe Biden held a commanding double-digit lead over Senator Bernie Sanders and businessman Tom Steyer, after he earned a pivotal endorsement from Congressman James Clyburn Wednesday. A win in South Carolina vindicates Biden’s overtures to the black community and his pitch to moderate voters, in which he stresses a return to Obama-era politics. The results in South Carolina also caused Steyer to depart from the race, adding intrigue to a race where Sanders had become the de facto frontrunner and defining the fractured nature of this primary season for Democrats.

It is unsurprising, then, that the Republican side of South Carolina’s primary did not receive much attention. If everyone knows who the Republican nominee will become November, then why focus on the GOP contest at all?

Well, for starters, there wasn’t one. The South Carolina Republican Party cancelled the contest altogether in September, joining Kansas, Nevada, Arizona, and Alaska in that regard. Former congressman Bob Inglis sued the Party on grounds that they planned to prevent him and others from voting for their preferred candidate, but a Circuit Court judge ruled in favor of the Party, stating that Inglis was not legally entitled to a presidential primary. South Carolina continues what has become a tradition in cancelling a primary when a Republican incumbent is on the ballot; the state also cancelled primaries in 1984 and 2004 during the re-election bids of Ronald Reagan and George W. Bush. Politico reported on Friday that New York may be the next state to follow suit.

Embedded in this practice are mixed motivations from the state GOP. One obvious incentive to cancel an incumbent president’s primary is to prevent even the slightest chance of insurrection from within the party, which has happened to a number of historically weak presidents. The most recent example is Pat Buchanan’s challenge to President George H.W. Bush in the 1992 Republican contest. Buchanan failed to earn the nomination, but his bid earned him 37% of the vote in New Hampshire and 23% of the GOP popular vote in the primaries overall, damaging Bush’s re-election chances. The current president is certainly in no such crisis. Trump’s only viable — in the most generous definition of the term — opponent in the race is former Governor of Massachusetts Bill Bill Weld, who served as the Libertarian nominee for Vice President in 2016 alongside Gary Johnson.

Moreover, Republicans need to make Trump’s nomination an absolute certainty to deny Weld and other disloyal Party members their chance to impact the race at the margins. Weld won 9% of the Republican vote in New Hampshire’s primary on February 11th, which is not insignificant considering that none of Obama’s 2012 opponents in the Democratic primary reached even 2% in their race. Trump’s approval rating has yet to hit 50% at any point during his presidency, and his victory in 2016 came at historically narrow margins in key battleground states. Any threat to Trump’s GOP loyalty also endangers the viability of that edge.

It should also go without saying that cancelling primaries violates democratic norms. The nomination process for an incumbent president needs to hold legitimacy, because otherwise, the party itself commands more power than the people. Given the diversity of the American electorate, the nominating process still needs to hold weight across the board; similar criticism could also be leveled at the Democratic Party for cancelling primaries in Connecticut, New York, Virginia, and Delaware in 2012.

The Republican Party, meanwhile, misses the opportunity to boast what has truly been an impressive turnout so far in its primaries. In a largely under-reported turn of events, turnout in New Hampshire for Trump this year totaled over 120,000 votes, more than double that for Obama in 2012, when he tallied just 49,080 votes. If this trend continues, the GOP could benefit greatly by highlighting such historic numbers. It only makes sense for them to take advantage of Trump’s 94% approval rating among Republicans, even if he turns off Independents at a high rate while doing so.

South Carolina’s cancellation of the Republican primary won’t impact the Republican race in terms of its eventual outcome; Donald Trump will be the GOP’s nominee come November. So far, turnout for President Trump in primary states has been unprecedented, and his core of support indicates that he will not be easy to defeat in the fall. Yet, holding primaries is still a necessary part of the electoral process, no matter which party’s incumbent candidate is on the ballot. In cancelling the primary in South Carolina, the state Republican Party not only silenced minority Republican voices and delegitimized the nomination process, but it also lost an easy opportunity to earn positive headlines ahead of the general election.