Why We Shouldn’t Exclude Immigrants on the Basis of Culture 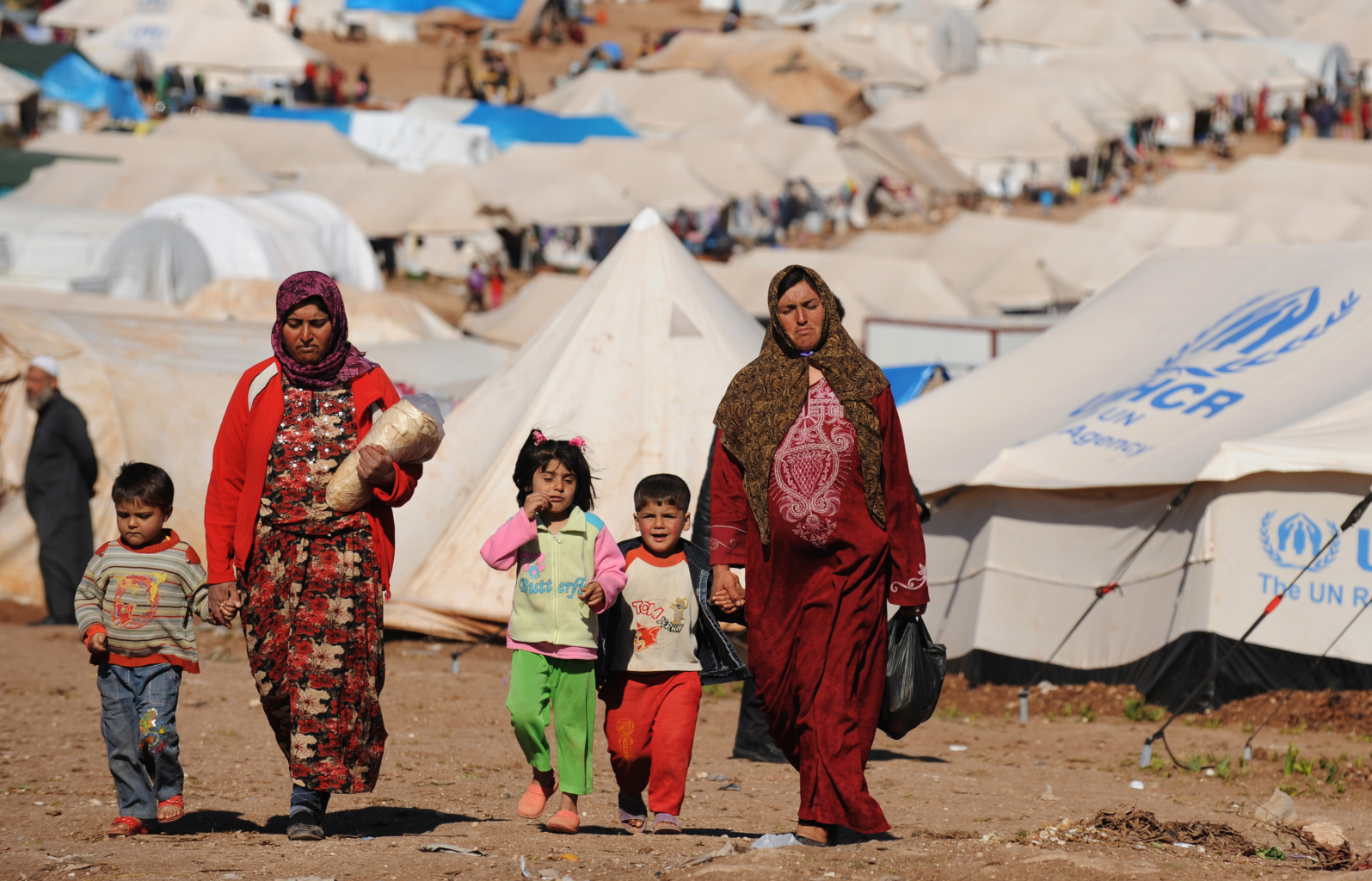 Syrian internally displaced people walk in the Atme camp, along the Turkish border in the northwestern Syrian province of Idlib, on March 19, 2013. The conflict in Syria between rebel forces and pro-government troops has killed at least 70,000 people, and forced more than one million Syrians to seek refuge abroad. AFP PHOTO/BULENT KILIC (Photo credit should read BULENT KILIC/AFP/Getty Images)
Share

Few policies have been as controversial as Donald Trump’s executive order to ban immigrants and refugees from Muslim dominated countries.  While he has backed off from the more extremist rhetoric of banning Muslims from entering the United States, and the executive order has been extensively challenged in the Courts, as it exists now the ban has had a tremendous impact on the lives of countless individuals. While the Trudeau government famously declared its support for accepting immigrants from a diverse array of backgrounds, Canada hasn’t been immune to calls to prevent individuals from different cultural backgrounds from entering the country. Perhaps the most infamous example was former Conservative leadership candidate Kellie Leitch’s desire to test immigrants to see whether they held “anti-Canadian” values.  While Letich lost the leadership race, concerns about migrants and refugees bringing non-Canadian values into the country persist.

In this piece, I am going to argue that in almost all cases Canada should not use culture and values as metrics to determine whether to accept migrants and refugees. Doing so would deviate substantially from our commitments to tolerance and cultural pluralism, predicated on the deeper moral commitment that the moral character of people should be assessed an individualistic rather than cultural basis. Concerns about migrants and refugees transforming our culture are thus, ironically, deeply inconsistent with Canada’s own moral commitments and traditions.

States and Their Obligations To Citizens

Let us assume the principle, agreed to by almost all experts in international human rights law and most (though by no means all) moral philosophers, that states have special legal and moral obligations to their citizens.  One of these special obligations would seem to be the right for states to deny entry to those who might wish to emigrate.  To invoke the philosopher Michael Walzer’s claims in his Spheres of Justice, it seems almost natural that communities, and the states which codify their values, should be permitted to determine who can enter and join the community and who cannot.  And in practice states often use extremely strict criteria to determine which immigrants will be allowed to enter, and which will not.  And even once one is let in, there is no guarantee that a state will permit a new arrival to stay.  For instance, a new immigrant to Canada must wait at least 4 years to take the Citizenship test, demonstrate competence in at least one of Canada’s two official languages, understand the civic structure of the nation, have paid their taxes and committed no crimes, and intend to live in Canada or at least work for the Crown abroad.

All this begs the question of what might be wrong with imposing restrictions on people based on their cultural and moral beliefs.  For that matter, why is it wrong for a state to ban individuals of a certain ethnicity or religious faith from entering if that is what most people in a community want?  If states have special obligations to their citizens, which includes a right to determine who can be permitted to join a community, doesn’t this right extend to excluding those who are simply undesirable?  After all, so long as the individual denied entry is not a genuine refugee, the state is not discriminating against anyone who has a right to be here or to claim certain entitlements against Canada.  The state, and the community it embodies, is simply deciding to exclude those who it doesn’t want around to begin with.

While there is a certain nativist appeal to this logic, I feel it is deeply wrong and dangerous.  In the remainder of this piece, I am going to suggest that preventing individuals from immigrating because they belong to a certain ethnicity or religion is wrong because it is qualitatively different from excluding on the basis of other, less arbitrary, criteria.

Here, I will draw an analogy with what seems like a strikingly different practice: sex-selective abortion. In some states around the world, most notably China due to its infamous One Child Policy, many families have decided to abort female fetuses rather than bring them to term.  This is because the patriarchal hierarchies that persist in some areas on the world mean it remains more economically sustainable to avoid having girl children.  Instead, it makes more sense for families to keep trying to have a son and not assume the responsibility and economic and social liability that comes with having daughters.

Many people have criticized sex-selective abortion, and rightly so.  But this has posed a tricky dilemma for those who also support a woman’s right to choose.  If one support’s abortion rights, shouldn’t we be indifferent to the reasons behind whether a family will carry a fetus to term.  I do not think this is the case.  The reason is that deciding to abort a fetus on the basis of its sex qualitatively transforms the nature of the right being exercised.  Rather than being used to reinforce a woman’s autonomy and dignity, the right is being exercised to reinforce patriarchal hierarchies that operate to limit women’s freedom.  The right is being employed in a manner that is antithetical to its legal and moral intention, discriminating against a fetus because of an immutable feature of its future sexual identity.  It thus ceases to be justifiable. 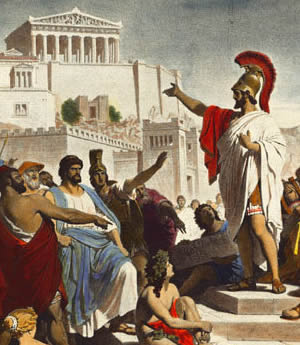 The Argument Against Exclusion on the Basis of Culture

I think much the same reasoning applies in circumstances where states are deciding whether to exclude individuals from immigrating on the basis of their values, ethnicity or religion.  Many will see this as simply an extension of the states more general right to determine who becomes a member of a given community.  But I think when this right needs to be qualified very carefully.  If we accept that states have special obligations to their citizens, then one can justify excluding membership on some plausible grounds.  In a liberal democratic society, the special obligations a state should assume towards its citizens will in part be determined by citizens of the community, but are also framed by the rights embedded in a constitution and international legal instruments. Many of these will be familiar to us.  The most pertinent here is that states have special obligations to treat their citizens as equals before the law.  From this stems obligations to ensure their citizens benefit more or less equitably from the distribution of resources through programs such as the CPP and Disability Benefits.  Ensuring such an equitable distribution might entail limiting the number of new citizens, so that citizens are the primary beneficiaries of state programs they have contributed to through taxation and other services.

This is decisively different from deciding that the state has a special obligation to ensure the homogeneity of its socio-cultural community by excluding those who do not adhere to its “values” or culture, or who seem ethnically or religiously undesirable.  When we decide to exclude on that basis, one is not invoking states’ justifiable to put their citizens’ concrete interests first. Much like in the sex-selective abortion example, one is invoking a justifiable right in a manner that is antithetical to its legal and moral intention. This is because the decision to exclude on the basis of values, ethnicity, or religion is discriminating against immigrants on the basis of morally arbitrary or largely immutable features of their identity. An immigrant cannot choose to be a member of a different ethnicity, and in many cases it is extremely difficult to shift religions or adopt an entirely new set of values.  When we exclude on this basis, we act in a manner that undermines the autonomy and dignity of potential immigrants because we are treating them not as individuals who might well have a great deal to offer, but as members in an undesirable category we have decided is unworthy or dangerous.

This qualitatively reinforces xenophobic tendencies in our community which are not consistent with liberal-democratic values of tolerance and cultural pluralism.  In this way, the decision to exclude to preserve the socio-cultural homogeneity of a community ends up becoming self-defeating.  Liberal democratic principles are sacrificed at the altar of a kind of crude liberal nationalism which claims to revere principles it has no interest in upholding in practice.  For these reasons, it should be condemned by all those who sincerely express loyalty to what our community professes to believe in.  One cannot uphold principles by so compromising what they stand for.  All this is to say that we should not give in to the growing impulse to exclude promulgated by postmodern conservatives such as Donald Trump and Kellie Leitch.  Certainly, we should not permit entry to those who might be a threat, or who have committed vile crimes in their home country.  But the indicators of this should not be factors as arbitrary as values, religion, or ethnicity. Instead, we should judge immigrants as individuals and permit or deny entry by looking at tangible and individualistic factors such as their particular needs and the concrete interests of the citizenry and the people seeking entry.