Will India Continue to Challenge China in 2018? 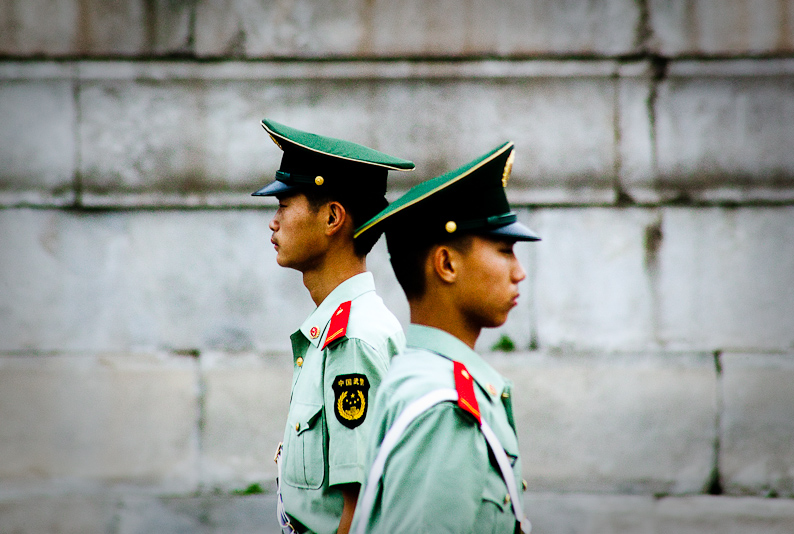 Earlier this year, China and India accentuated their longstanding strategic rivalry with an unprecedented 10-week standoff in the Doklam plateau. Situated in the Himalayas at around 10,000 feet above sea level, Doklam is considered part of China’s land, but is also recognized by India as part of the kingdom of Bhutan, its close ally.

Following Beijing’s decision to extend an existing road in the area, India sent its troops to prevent further construction, and in response, the People’s Liberation Army was dispatched to reinforce China’s claims. From June to August 2017, Chinese and Indian troops came face to face in a two-month standoff at the border area until both sides disengaged and the PLA stopped all activity on the Doklam road.

Although both sides did not resort to waging war, the Doklam standoff proved to be of importance within Sino-Indian relations as two months passed without substantial resolution to the crisis. Over the past two years, bilateral relations between China and India have soured and have become significantly more tenuous. In the past, India has raised concerns over China’s strengthened alliance with Pakistan and its increasing presence in the Indian Ocean region. On the other hand, China has expressed unwavering opposition to India’s membership in the Nuclear Suppliers Group (NSG) and has also refused to support Indian efforts in sanctioning Pakistani militant groups in the Himalayan area.

As such, Asia Society Policy Institute Assistant Director, Anubhav Gupta, notes that India’s decision to intervene is a sign that both Asian powers are standing up to one another more stridently than they previously have. Moreover, the Doklam incident has been the longest and most protracted border standoff between the two countries since the 1980s. By interjecting in an area claimed by Bhutan and China, Indian forces for the first time have challenged China through a third country, signaling a change in the country’s strategic character.

In more recent events, Indian President Ram Nath Kovind’s November 2017 visit to Arunachal Pradesh – a long disputed territory between the two –  has sparked further criticism from the Chinese government. Located in the northeastern-most state of India, Arunachal Pradesh is recognized as part of Indian land. Conversely, Beijing claims that this territory was established out of three areas belonging to China’s Tibet, namely, Monyul, Loyul, and Lower Tsayul, which are “currently under India’s illegal occupation.”

Despite opposition from China, Defense Minister Nirmala Sitharaman also visited Arunahcal Pradesh two weeks prior to President Kovind. Additionally, in his address to the Arunachal Pradesh Legislative Assembly, President Kovind encouraged leaders to “trade and do business with ASEAN countries under the Act East Policy”, but failed to include China.

Currently, the Indian government maintains that Arunachal Pradesh is an “integral and inalienable part of India,” whereby its leaders are free to visit on their own accord. In response, Beijing believes that Kovind’s visit has failed to comply with previous agreements on “peace and tranquility on the border.” So far, China and India have held 19 special bilateral talks with the latest round on December 22, 2017. During the 20th meeting between Chinese and Indian delegates — the first after the Doklam standoff — both sides agreed to mitigate border issues by safeguarding peace and strengthening communication.

Despite this, countless rounds of bilateral talks have shown that no clear solution has been conclusively reached, presenting numerous challenges for Sino-Indian bilateral relations as the new year approaches. Thomas Kellogg of Foreign Policy notes that the stumbling block between both nations has been threatened by China’s ability to create a security crisis for India “merely by placing more troops” in disputed territories at any time. Moreover, the Doklam standoff proved that Beijing could “grab New Delhi’s attention whenever it [needed] to.” Academic John Garver concludes that China keeps border disputes “alive to remind India that it should respect Chinese sovereignty,” therefore providing insight into Beijing’s steadfast approach that will most likely remain unchanged in the upcoming year.

At the same time, India is testing the waters with China albeit indirectly. During the latest Association of Southeast Asian Nations and East Asia Summits (ASEAN) in November, senior officials from the United States, Japan, India and Australia assembled to discuss regional and global cooperation. Since the initial talk in 2007, China has consistently barred further strategic dialogue in what is seen as an “attempt at containment by like-minded democracies in the Asia-Pacific.”

Furthermore, Iran’s newly constructed extension to Chabahar Port, located in the southeastern part of the country, has set the stage for geopolitical trade rivalry. Due to India and Pakistan’s prevailing conflict, India has consistently faced difficulty in establishing a “secure transit route to markets in Iran, Afghanistan, Central Asia and the Gulf region.” By sponsoring the extension of Chabahar Port, India will circumvent Pakistani borders and open markets in Central Asian regions that were previously unreachable. Although threats between China and India are currently speculative, New Delhi’s involvement with Iran may become a harbinger to declining geostrategic links as China has also sponsored a port expansion less than 100 kilometers away in Gwadar, Pakistan.

In seeming retaliation, Beijing recently hosted a trilateral meeting between China, Pakistan and Afghanistan to reinforce economic ties under the China-Pakistan Economic Corridor (CPEC) — a “flagship project under China’s Belt and Road Initiative (BRI).” Currently, the CPEC is “a network of highways, railroads, roads and special economic zones” that connects China’s Xinjiang to Pakistan’s Gwadar port. Interestingly, the corridor passes through a part of Kashmir that is both “held by Pakistan and claimed by India.” Beijing insists on “[allaying] India’s apprehensions about the project,” but at the same time, warns New Delhi from “disturbing” any efforts. With plans to extend the CPEC by integrating Afghanistan, Beijing’s aims to further incorporate Pakistan and Afghanistan into its sphere of influence will pose threats to future Sino-Indian relations.

Given the costs of war, deliberate escalation and provocation is unlikely between the two nations. Beijing, however, will continue to increase pressure and its presence in the disputed territories. Additionally, India’s potential to pose tit-for-tat strategies in response will also inflame peace relations and cause greater strain. While concerted efforts for sustained peace and tranquility should be of importance, both countries’ attempts to subjugate one another have shown that such achievements may be far from reality. With more boundary talks on the line, it is ultimately important for China and India to remain committed to negotiation and consultation in order to agree on a fair and reasonable solution.