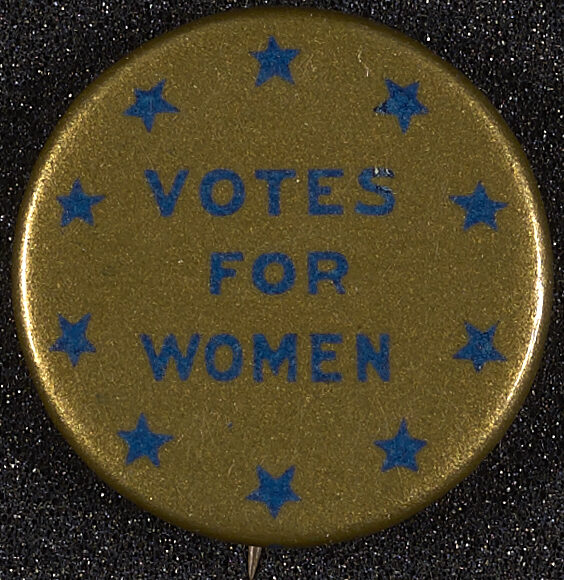 “My body, my choice!” has long been a rallying cry for American feminists. Fighting for safe and legal abortion was one of the premier missions of second-wave feminism in the 1960s, a form of feminism catering to and led by white, straight, and cisgender women. While abortion rights have been viewed favourably by a majority of American women for decades (even at comparatively higher rates among women of colour and queer women), white, non-queer women have often been the face of the pro-choice movement. This subgroup, however, has not been the most reliable voter base for the pro-choice Democratic party. Rather, white women tend to split their votes evenly between the Democratic and Republican parties and have even favoured Republicans in recent elections. However, since the Dobbs v. Jackson decision overturning Roe v. Wade, nationwide access to abortion has been under attack from a slew of Republican anti-abortion policies at the state level. All this begs the question: will this electorate channel their pro-choice iteration of feminism into the polls this November?

Historical gap between support for abortion rights and voting trends

While prominent feminist groups in the United States have unified around reproductive rights, the tactic has not necessarily proven to be politically effective in garnering voter support for the Democratic party. A majority of women have indicated their support for legal abortion in some or all cases since 1995, and American women have consistently identified as pro-choice at higher rates than their male compatriots in that same period, with pro-choice women outnumbering pro-lifers in most years. White women, however, do not mirror this public opinion. White women voted 2 per cent more for Republicans than Democrats in 2016 and then voted in favour of Democrats by the same margin in 2018. In 2020, white women shifted again, voting 7 points more for Republicans than Democrats. This data indicates that, while white women are not as conservative as white men (who have, in recent elections, consistently voted at majority rates for Republicans), the white female electorate consistently demonstrates a gap between its support for legal abortion and its support for the Democratic party.

“Abortion rights” is the operative term because of the historical disparities between the ability of people of different demographics to access abortion, even when it has been legal. However, people from racial and ethnic minorities historically have had less access to high-quality healthcare and insurance. Because of a lack of access to quality health services, marginalized people often experience higher maternal mortality rates. Black and Indigenous Americans, for example, are four times more likely than White Americans to die during childbirth. Consequently, marginalized people are more likely to request abortion services. Black women, for example, have an abortion rate of 27.1 per 1000 compared to white women’s rate of 10 per 1000. Class, too, plays a notable role, with poor women accounting for almost half of all abortions in the United States. However, racially and economically marginalized people face disproportionate logistical barriers in obtaining abortions, such as longer average travel times to abortion clinics. These groups have also faced existing legislative obstacles, such as the Hyde Amendment, which restricts funding for abortion services for patients enrolled in Medicare and Medicaid, programs disproportionately servicing racially and economically marginalized people. So while abortion rights have long been legally available, it is important to consider to what extent true universal access to abortion has been part of the American political discourse.

This distinction is important when examining the gap between white women’s support for legal abortion and their voting trends. The term “abortion rights” implies a somewhat inactive willingness of the government to allow certain abortions to take place legally without putting political emphasis on ensuring all birthing people necessarily have the ability to exercise such rights. This was the status of abortion set up by the 1973 Roe v. Wade decision. Because of the comparatively fewer obstacles faced by many white women, particularly wealthier and non-queer ones, the popularity of the Roe v. Wade status of abortion could be in line with many of these women’s stances. In other words, while many white women rallied behind the idea of bodily autonomy for women and supported the post-Roe v. Wade state, they have not felt the need to enshrine abortion rights, let alone access, into American law.

Now that Roe v. Wade has been overturned, the nationwide status of abortion has gone from legally permissible during the first trimester if you can afford it to completion at the mercy of state governments. This leaves these passively pro-choice feminists with a decision. Recent opinion poll data indicates a change in the attitude of Americans toward abortion. Pro-choice self-identification, opposition to the overturning of Roe v. Wade, and increased public approval of legal abortions all show that American women and voters have warmed up to the guarantee of legal abortion. However, more important to the future of reproductive healthcare in the post-Roe United States is the growing view of abortion as a prominent issue among voters. While polls have not specifically focused on the opinion of the white female electorate, researchers have found that since the Dobbs v. Jackson decision this June, American voters have reached a near-record level of pro-choice identification: 56 per cent. Furthermore, 61 per cent of American women identify as pro-choice, the highest percentage in three decades.

There have been encouraging signs at the state level for abortion rights supporters that these opinion polls may translate to Democratic gains this November. The August special House election in Alaska, a state that has consistently voted Republican in recent elections and had a 95 per cent chance of going Republican, saw a historic win for the pro-choice Democratic candidate, Mary Peltola, over the staunchly anti-choice Republican, Sarah Palin. In a reliably-red yet majority pro-choice state, this special election could be an important indicator that these passively pro-choice women are willing to stand up for their beliefs on abortion in upcoming elections. Additionally, the recent referendum in Kansas on whether or not to remove abortion rights from the state constitution serves as an equally encouraging indicator for abortion rights supporters, with 59 per cent of voters in a consistently Republican state voting to maintain abortion rights. The case of Kansas, a state over 80 per cent white, speaks to the willingness of white women to vote in favour of abortion protections.

While there is little specific opinion poll data on the willingness of straight, white, cisgender women to show up to the polls to protect reproductive healthcare federally, recent changes in public opinion among female voters, important elections in traditionally Republican states, and increased voter registration rates among women since the overturning of Roe v. Wade could indicate the willingness of this decisive demographic subgroup to vote in favour of abortion rights this November.