Winds of Change: Is Iran’s Islamic Republic on the Brink of Regime Change? 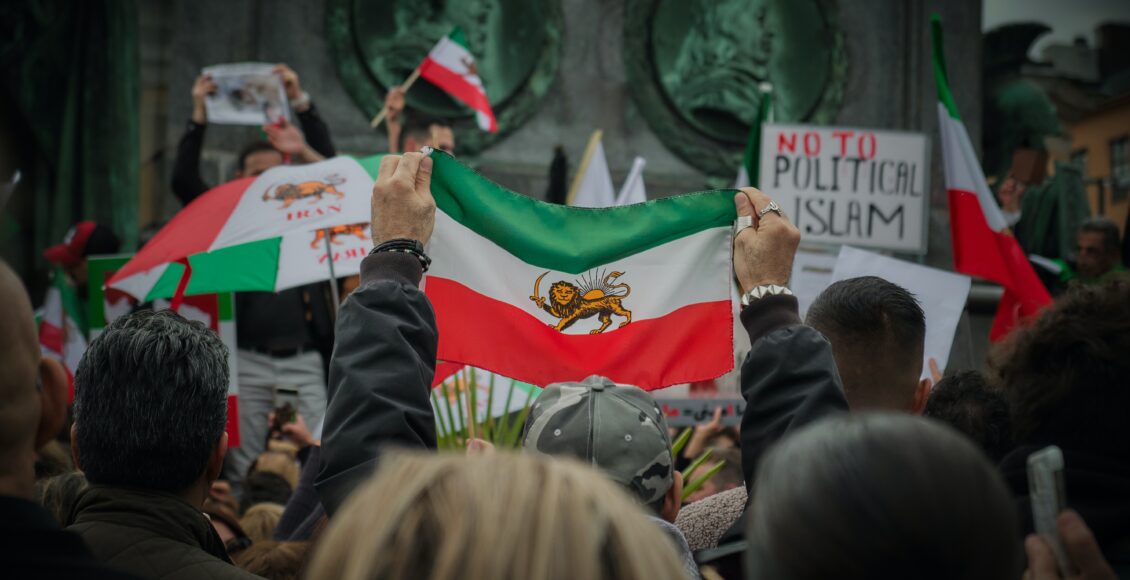 On September 16, massive protests erupted in Iran and around the world after a 22-year-old Kurdish woman, Mahsa Amini, died under the custody of Iran’s morality police for improperly wearing her hijab under the regime’s mandatory laws. Protests in response to her death followed, calling to end Iran’s corrupt and brutal government. Although the Iranian regime has faced various protests over the years, all have continually fizzled out. Could it be different this time?

More than a month has elapsed since Iranians began taking to the streets. Their mobilization calling for the “death of the dictator” and “women, life, freedom” persist despite brutal crackdowns from the regime. While authorities were able to control and silence protestors during previous uprisings, the current demonstrations endure and appear to pose a viable threat to the Iranian theocracy’s stability. 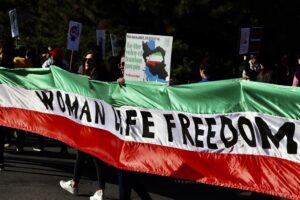 “Students of Amir Kabir university protest against Hijab and the Islamic Republic,” by Darafsh is licensed under CC BY-SA 4.0.

A glimpse into the history of Iran’s theocratic regime

In 1978-79, there was a massive popular movement against the Pahlavi dynasty. In response to the regime’s corrupt, brutal, and untrustworthy nature because of its ties with the West, Iranians called for its overthrow. They coalesced around the figure of Ayatollah Khomeini. Thus arose the Iranian revolution – ending the monarchy and establishing the Ayatollah Khomeini-led Islamic Republic.

The revolution was successful as it was widely popular across society. In the 1979 referendum on the creation of an Islamic Republic, 99 per cent of Iranians voted to have Islam as the bedrock of their constitution. Subsequently, the regime cited this referendum to assert its legitimacy and justify its rule. Nevertheless, if this same referendum were held today, according to a survey by the Group for Analyzing and Measuring Attitudes in Iran, the majority of Iranians would “not choose the Islamic Republic.”

The Islamic Republic’s return to conservative social values brought seismic societal changes. In the early 1980s, the new Islamic authorities imposed a mandatory dress code that required all women to wear the hijab. Law enforcement agencies, also known as the “morality police,” were created to patrol the streets and ensure that people followed the rules. One such group is the Gasht-e Ershad, whose main task is ensuring that women cover their hair and bodies adequately. Several anti-hijab movements have challenged these rules over the years. However, the result of such mobilization was often solely waves of persecution and arrests, like in 2017 with the “Girls of Revolution Street.”

The Islamic revolution also deteriorated Iran’s relationship with America and other western powers, giving rise to tremendous Anti-Western sentiment within society – manifested through the Iran hostage crisis in November 1979. 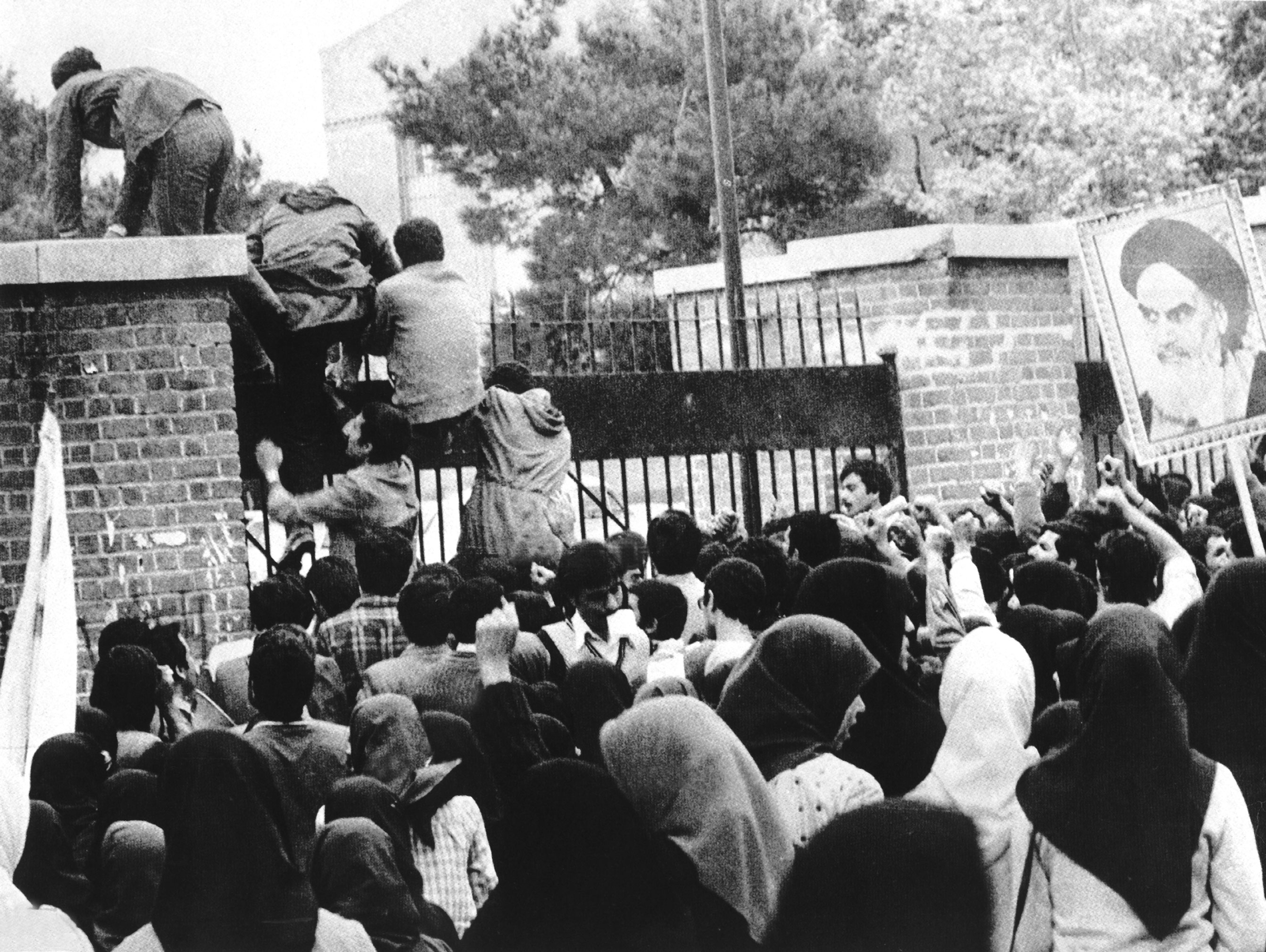 The Islamic Republic restricted social and political freedoms and openly repressed anyone allegedly opposing the regime. Over the last half-century, Iran’s economy has deteriorated due to corruption and international economic sanctions, primarily imposed by the United States demanding after U.N. Security Council Resolution 1696 which halted Iran’s uranium enrichment program. These sanctions have contributed to the regime’s Anti-Western sentiments and contributing still today to spiralling inflation and high levels of unemployment in the country. Iran’s chronic economic problems have built up Iranian anger and resentment towards the regime and are one of the driving forces pushing Iranians into the streets as they demand a more open economy.

Why are these protests different, and what are their implications?

This is not the first time Iran has faced opposition from its population. Iranians have expressed their discontent regarding the regime’s actions and rules. In 2009, thousands of Iranians took to the streets of Tehran to protest claims that Mahmoud Ahmadinejad had won the presidential election in a landslide. These protests came to be known as the “Green Movement.” November 2019 marks the latest nationwide protest against the regime. The protest, initially in response to the sudden increase in fuel prices, became an expression of widespread dissatisfaction with the regime. Today’s protests are unique as their primer focus is no longer merely economic grievances leading to demands for reforms within the current administration. Now Iranians are calling for a political transition towards a government that grants them more freedom and equality.

Since the establishment of the Islamic Republic, no protests have lasted so long nor had such a geographical scope drawing different segments of society across age, gender, class, and ethnic boundaries, like the one we are witnessing now. Women are a leading force in this movement and have expressed their disapproval and resentment of the regime’s discriminatory rules against them. They are removing and burning their hijabs, symbolizing their rejection and defiance of the regime’s legitimacy. Slogans such as “death to Khamenei” capture Iranian’s desire to see a regime change.

Years of economic burden, repression, and lack of social and political freedom have given rise to anger and hatred toward the regime. Reform is no longer the goal of these protests; ending the Islamic Republic is. Over the weeks, the protests have increased in scope, involving different segments of society across age, gender, and class, who have come together in this popular movement to challenge the legitimacy of Iran’s theocracy.

A potential regime change from the Islamic Republic would have critical regional implications, particularly in the Gulf, as it would decrease rivalry and fear among key regional actors. Since the Islamic Republic’s creation in 1979, many states, like Iraq and Saudi Arabia, have perceived Iran as a threat to their security. Indeed, as Iran sought to expand the ideas of the Islamic revolution, regional powers feared that their population would join the Iranian struggle and question, if not oppose, the legitimacy of their regime. Thus, embracing the realist paradigm, the disappearance of the Islamic Republic of Iran would be significant for the countries mentioned above, as it would mean fewer security threats. Moreover, a more liberal regime may make it easier for powers like the US to negotiate and strike deals with Iran, notably regarding the Nuclear Deal, which President Biden has been trying to restore since President Trump withdrew from it in 2018.

After a month of activism, the current protests persist despite increasing brutality from the regime. There have been many injuries and deaths, among which women and children constitute large numbers. Yet, protesters keep fighting and show no intention of retreating. The regime’s only legitimate option to ensure its stability is to listen to its citizens’ demands and take steps toward change and greater social and political freedom. Yet, this is unlikely to happen as the regime clings to power and escalates violence against protesters. This worrisome trend raises the possibility of a Civil War. As was seen in Syria in 2011, peaceful pro-democratic protests against Assad’s regime quickly turned into a full-scale civil war, bringing tremendous unrest and intense crackdowns against the population.

“Students of Amir Kabir university protest against Hijab and the Islamic Republic,” by Darafsh, licensed under CC BY-SA 4.0.

Despite the hope that protests can give way to a new era for Iran, some forces that stand in the way of such a shift. The primary obstacle to protesters and, thus, to regime change is the Islamic Revolutionary Guard Corps (IRGC), created after the 1979 revolution and meant to safeguard the Islamic Republic. These forces oppose regime opponents and do whatever it takes to preserve the current regime. The ongoing deployment of these forces means the quasi-impossibility of protestors reaching their regime change goals.

An important question remains: even if the popular movement in Iran succeeds in bringing about a political transition, who will fill the vacuum left by the regime and form a government representative of Iranians? For a successful revolution, someone must be in line and ready to take over. Conversely to 1979, when protesters supported Khomeini, who ultimately filled the gap and established the Islamic Republic, these 2022 protests lack a leader. Until a leader arises, Iran’s regime will cling to power, and state security will continue to repress Iranians.

Feature image: Iran Flag being held in protest in Sweden by Artin Bakhan is licensed under Unsplash.