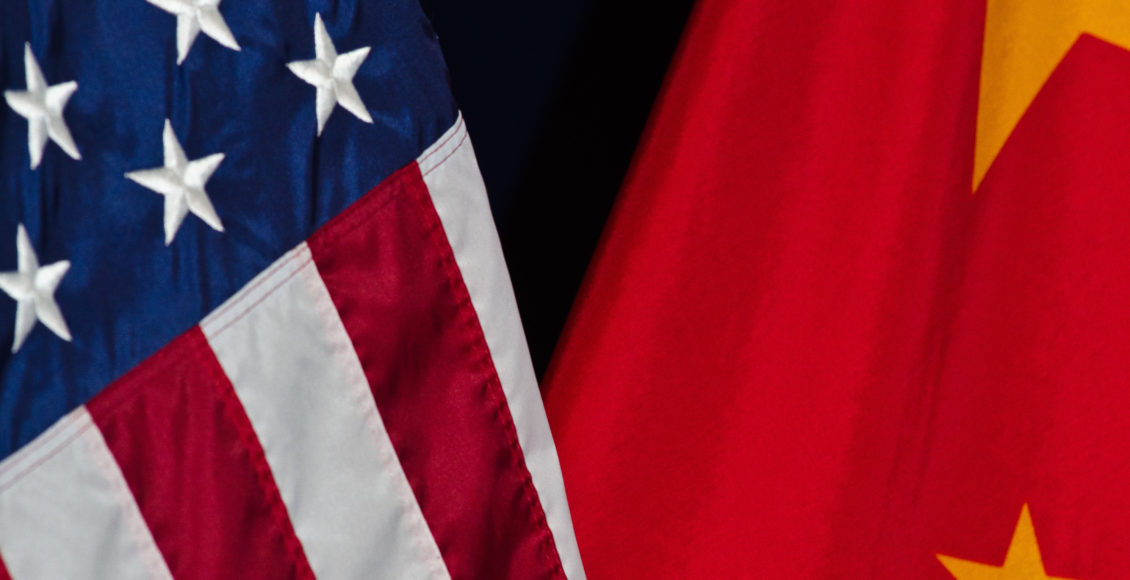 China’s increasing global and regional influence with respect to the world economy, military modernization, and geopolitical interests has marked a dramatic shift in its engagement with the United States. The world’s great power and its rising power are engaged in a complex relationship that has been widely regarded as the most important bilateral relationship of the twenty-first century. Nonetheless, hegemonic rivalry and mutual suspicion of one another’s intentions have been exacerbated between the two states with detrimental effects. Many Americans encourage better relations between the two powers. Yet, there are some Americans, including President Trump, who believe that China’s strategic interests are simply incompatible with those of the United States. This incompatibility is illustrated in light of the American opioid crisis and China’s ‘re-education camps’.

Since the 1990s, the over-prescription of opioid painkillers in the United States has resulted in their widespread abuse. While the drug itself is highly addictive and responsible for the deaths of thousands, its variants have differing effects on individuals. Amongst these variants is fentanyl, which is up to a hundred times stronger than morphine. In fact, a small amount of fentanyl (~0.25mg) can be fatal. Although these chemicals are unequivocally produced in China, it is impossible to tell in what quantities they are produced. President Trump has publicly accused China of producing such chemicals, yet Chinese officials claim that there is no proof of Trump’s allegations. Nonetheless, Europe’s drug monitoring agency, the European Monitoring Centre for Drugs and Drug Addiction, has corroborated the fact that China is likely the primary source for the production of new fentanyl. A strategy to encourage China to expand its regulatory capacity to deal with the issue may seem a good place to start; however, China continues to neglect international concerns over its own domestic affairs. Instead, Chinese officials responded to Trump’s allegations by urging him to address the United States’ own growing demand for drugs rather than blaming Beijing. Trump has already urged the Senate to pass legislation intended to crack down on the shipment of fentanyl through the international postal system under the Synthetics Trafficking and Overdose Prevention Act. However, China has not taken any action regarding the production of fentanyl within its borders since the allegations were made. A chemically similar opioid named carfentanil is a hundred times stronger than fentanyl itself and is banned from the battlefield under the Chemical Weapons Convention.

The US Drug Enforcement Agency has labelled carfentanil the most potent commercial opioid in the world, whereby it is viewed as a chemical weapon. Carfentanil is not a controlled substance in China, hence it can be manufactured legally and sold online. This not only makes it easier for people addicted to opioids to acquire fatal doses, but also makes it easier for terrorists and authoritarian governments to obtain a substance that is largely recognized as a chemical weapon. Moreover, Trump declared that the shipment of opioids from China to the United States is “almost a form of warfare” at a Cabinet meeting in August 2018 when discussing the opioid crisis. The strategic interests of both states therefore underline the importance of maintaining their respective stances. International cooperation on narcotics control is nonetheless required to tackle such a severe problem, yet political and economic factors continue to hinder any effective measures of engagement. The incompatibility of American and Chinese interests in this arena is further exacerbated by these political and economic factors, whereby increasingly precarious relations between the two continue to impede bilateral efforts on the opioid issue. 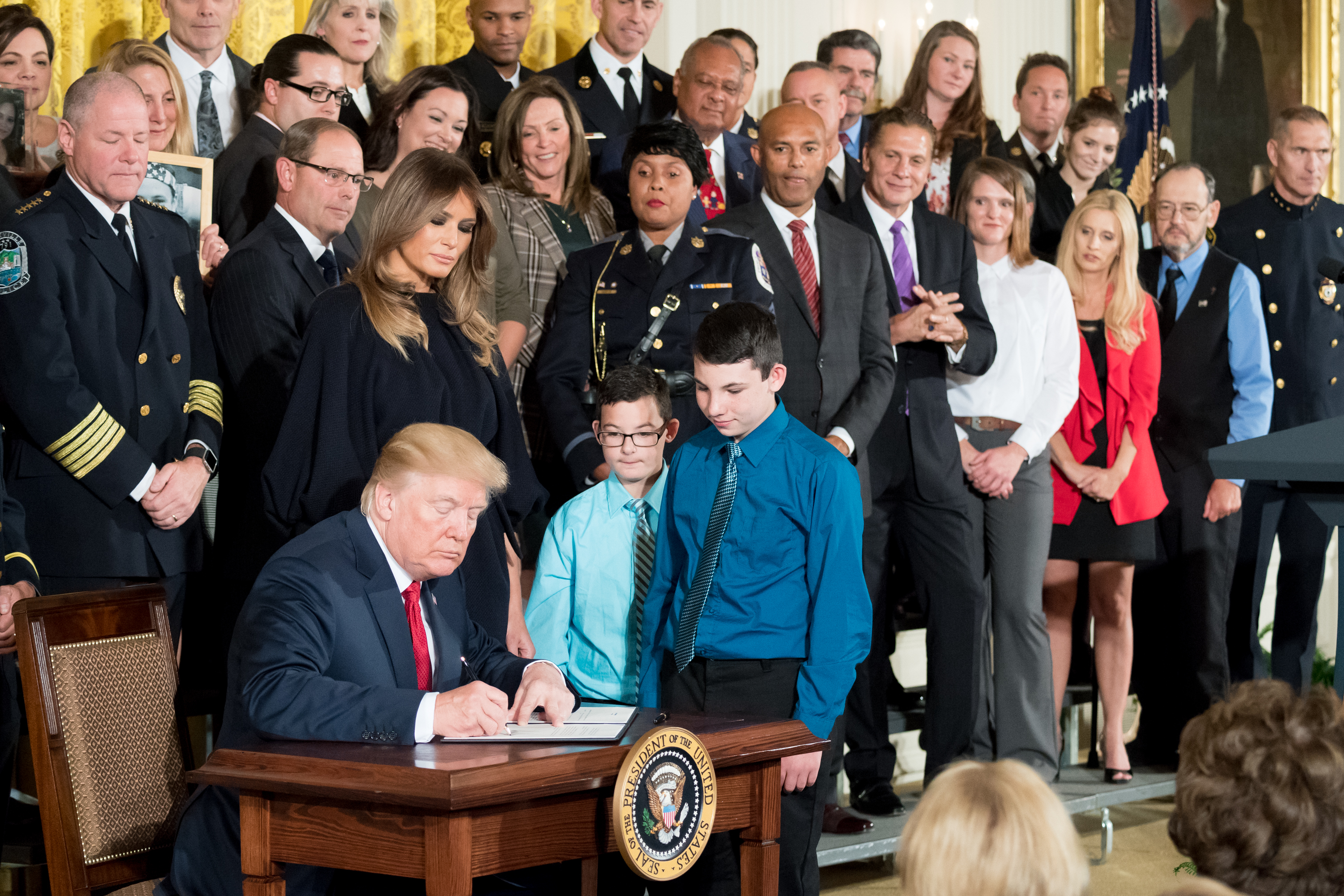 The government in Beijing initially denied any allegations that it was pursuing an immense indoctrination drive against Muslim Uighurs, yet it recently legalized Xinjiang ‘re-education camps’. People accused of religious extremism, especially Muslim Uighurs, are subject to being detained in ‘re-education camps’. These camps are encouraged by the government to provide “vocational skill education training” in an effort to disseminate “anti-extremist ideological education.” Human rights organizations such as the Human Rights Watch have monitored and disapproved of this effort to enforce patriotism and obedience to Beijing after hundreds of thousands of Uighurs were detained and continue to be detained after this push for re-education. The UN Committee on the Elimination of Racial Discrimination condemned this act of holding Uighurs and other Muslims in such camps for a long duration of time without due process. Moreover, Vice President Mike Pence expressed alarm while making a similar accusation against the government in Beijing. Pence was troubled by survivor descriptions of their experiences, which claimed that Beijing was deliberately trying to oppress Uighur culture and Islam.

The United States’ condemnation of the oppression of this Islamic minority is somewhat surprising given its anti-Muslim sentiment regarding issues such as immigration and the rise of Islamophobia.  Nevertheless, the Chinese government continues to assert that China allows for freedom of religion and belief and is not coercing any Uighurs who “enjoy equal freedoms and rights.” However, former detainees claim that they were forced to yell Communist Party slogans and swear loyalty to President Xi Jinping. Under the new legislation, all officials and police must also declare their full allegiance to the Communist Party and disavow any faith other than “Marxism and Leninism”. This policy stands in stark contrast to the freedom of religion and expression, which is constitutionally enshrined in the First Amendment of the United States Constitution. While the United States poses as an exemplar respecter of human rights, the Chinese government alleges that the United States seriously infringes on citizens’ civil rights through “systematic racial discrimination” and is responsible for a “widening rich-poor divide” due to what it deems as a flawed democratic system. Nonetheless, the ruling Communist Party allows for no political dissent and routinely cracks down on rights lawyers and activists alongside being responsible for executing more people a year than any other country. The political and social divide between China and the United States represents yet another incompatibility between the two countries. The international condemnation of China’s human rights record may influence its policy in this realm in the future. Nonetheless, the treatment of Uighur Muslims in the Xinjiang region deserves a special scrutiny and the United States may only strengthen its position against this practice if it restricts itself from engaging in similar practices.

Cooperation between the United States and China is hindered by certain incompatibilities between the two countries. Although economic cooperation was long seen as synergistic, President Trump’s initiation of a trade war has even reduced cooperation in this arena. The United States’ tensions with China have led it to impose sanctions on China for such issues before, particularly in the case of the 1989 pro-democracy Tiananmen Square demonstrations, but the focus has shifted more to trade than other areas over the years. If the United States regards itself as the pillar of democracy it must take a harder line against China’s interference within the American domestic realm while being more critical of China’s activities within China’s own domestic realm. Nonetheless, increasing competition over global economic hegemony is causing both powers to shift their respective focuses towards trade. China’s illiberal practices in the production and global dissemination of opioids and the treatment of Uighurs in ‘re-education camps’ both demonstrate the importance of maintaining cooperation in areas other than trade.