Women and the Continued Future of the Labour Movement 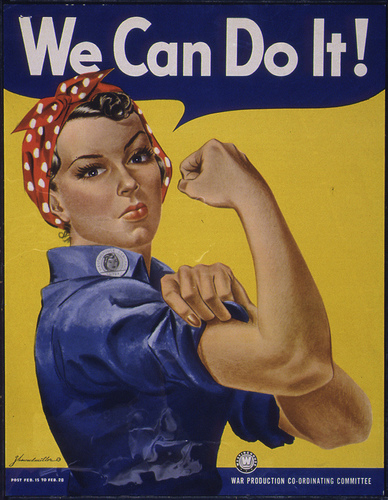 Before I begin, I’d like to acknowledge that I write not on behalf of women in the labour movement but on behalf of myself as a white male and an ally to these women. I do not and will not face the same struggles they would and thus cannot speak for them or their situation.

During the Second World War, women went to work against the wishes of the trade unionists. Historically, the leaders of trade unions had argued that men needed to earn a stable and sufficient wage in order to support their families consisting of a wife and children. Why should women take the opportuni 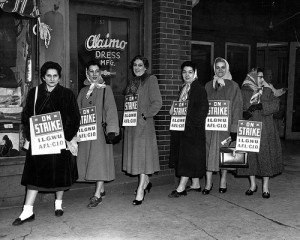 ty from men to feed their families? So was the rhetoric at the time – the average trade unionist (in the West at least) was white, working-class and of course, male. Today however in many countries, there is a large number (and in some cases a majority) of women involved in the labour movement.

Trade unions exist to promote and protect the rights of workers, making them important fronts in the fight against discrimination in the workplace and abroad in the community, nationally or internationally. This, as a result makes them instrumental in the fight for gender equality. However, sometimes this is not the case. Unfortunately, even in the labour movement there still exist gender biases especially when looking at the ranks of the leadership.

In Canada and around the Western world, even though rates of unionization for men (mainly due to the decline of the manufacturing sector) are dropping and those for women have held steady (due to unionization rates in service industries like healthcare that remain dominated by women), men still take up many of the top positions in unions and labour organizations. A reason for this can be because of the barriers that still continue to exist for women who seek out these leadership roles. For example, lack of childcare and mentorship for young women who would potentially get involved with trade unions.

Representation of women in union leadership roles also continues to be a large issue. This can be exemplified by looking at the case of Unison, the second largest trade union in the UK representing 1.3 million public service workers. Three quarters of its members are women yet its top representative remains to be a man, Dave Prentis who has served as General Secretary since 2001. Though it is important to mention that Unison does have a relatively large number of active women who are in the top echelons of its governing structure however this does not still change the fact that there has never been a woman general secretary. There is currently a vote for General Secretary that began on November 9th and ends on November 15th. In contention with Prentis is Heather Wakefield who is currently the head of the local government, police and justice sector of Unison. She is a credible candidate who has loads of experience but many have said she will probably lose. If representation does not begin to change at the top not only in Unison but in other unions as well of course then women can not begin to be adequately represented.

Outside the West, women are fighting too to attempt to be heard in leadership roles. In Latin America, women like Mexican trade unionist; Martha Heredia and prominent Venezuelan labour activist Marcela Máspero say that misogynistic attitudes and the patriarchal culture in Latin America are constantly hindering the participation of women in higher decision-making bodies. They echoed similar concerns from their Western counterparts that trade unions must accommodate women’s roles as mothers for their full participation. Some significant initiatives are taking place like that of TUCA’s (the International Trade Union Confederation which represents a massive 50 million workers) Alexandra Arguedas, who is the head of their gender programme. TUCA has set a quota of 40 percent for women in leadership roles among some other significant initiatives.

Before I conclude this post, it is very important to note something that I have not mentioned because it is not the main topic of this post but still must be mentioned. For women of colour, the situation is even more dire. It is not enough to fight simply for the rights of women in the movement but for the rights of all women in the movement particularly as mentioned before those of colour whose situation remains starkly different from women who are white.

I suppose my entire argument can be summed up best by this quote from esteemed Canadian journalist, Michele Landsberg, who has in the past written extensively on this issue: “The union movement has done amazing things for changing the scene for women externally but internally, they haven’t done as much and they have to because that is the future of unionizing –they need the women or they are gone.”