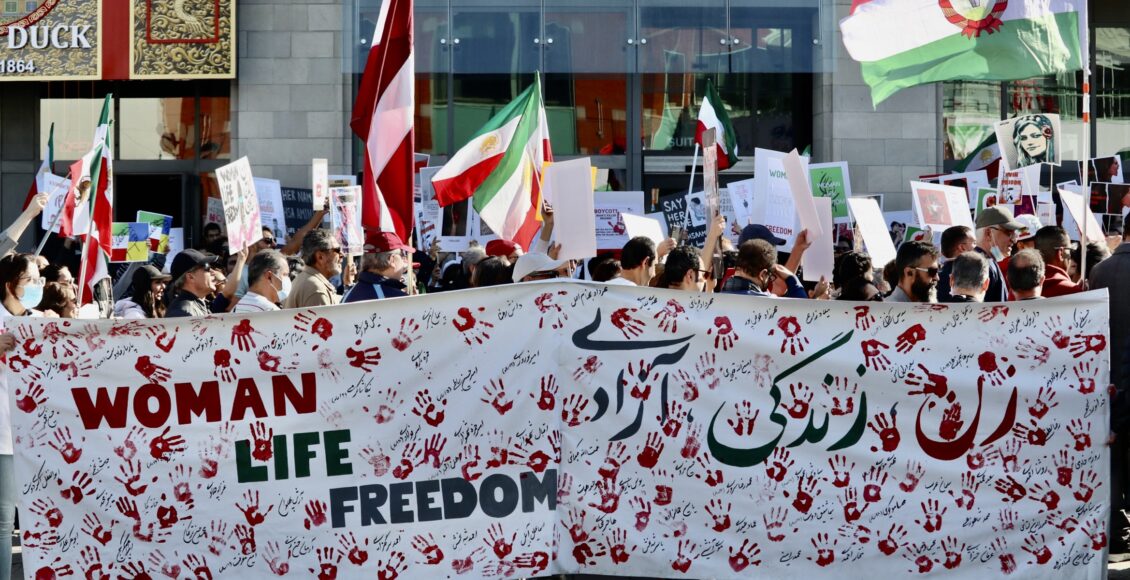 On September 16, 2022, Mahsa Amini, a 22-year-old Kurdish-Iranian, died after being taken away by morality police for improper wear of the hijab. Since then, Iran has seen the rise of the “Women, Life, Freedom Movement”—a widespread protest now carrying on to its fourth week. Thousands of Iranians took to the streets to protest against the Islamic regime’s repressive treatment of women. However, it has since transpired to include general dissatisfaction toward the regime amidst its 43 years of tyranny, clear from the slogans that read “Death to the dictator,” “Khamenei is a murderer,” and “We are all Mahsa Amini.” The Islamic sentiment once used to push the Pahlavi dynasty out of Iran no longer resides in the majority of the population. It hasn’t for a long time.

The 1979 revolution, initially supported by the middle class over discontent with Muhammad Reza Shah’s western-oriented policies, allowed Ruhollah Khomeini to return from exile and overthrow the monarchy. Khomeini’s Islamic revolution— whose main intention was to preserve Islam—turned out to be a series of repressive and radical policies that transformed Iran into an authoritarian regime. During this time the mandatory hijab law was enacted in 1981. These restrictions have intensified under President Raisi, who took office in August 2021, leading to further frustration among Iranians.

Although many supported the Islamic government in 1979, this support rapidly transformed into growing dissatisfaction, particularly among youth. The revolution promised social justice, freedom, and democracy, yet it has left Iran a shell of its former self. Since the 1979 revolution, Iran has faced high unemployment rates, stagnant economic growth, environmental challenges, and poverty. The country also holds one of the highest levels of brain drain worldwide, with over 150,000 educated Iranians leaving the country each year.

In the past, Iranians have been vocal about their frustrations and dissatisfaction with the clergy. Notably, the 2009 Green Movement was a major protest sparked by the fraudulent election of President Mahmoud Ahmadinejad. Mobilization took place in major Iranian cities, with the main slogan being “Give me back my vote.” The Green Movement lasted for seven months before eventually fizzling out. Many argue that the current protests are a continuation of the Green Movement, which also witnessed anti-regime sentiments. Similar to the recent demonstrations, the Green Movement included a woman at the forefront of the protests; Neda Agha-Soltan was an Iranian journalist who became a key symbol of the movement after getting fatally shot during the Tehran demonstrations.

While there are similarities between the two movements, several features set the “Women, Life, Freedom” movement apart from previous uprisings. Fundamentally, the 2022 protests have witnessed unprecedented support from various groups in Iran. Protests have spread to 46 cities in the country, and people of all ages, sex and social class have been participating. On October 10, 2022, workers at oil refineries in Asaluyeh and Abadan—two critical areas for Iranian oil and natural gas production—protested for the first time. This is in contrast to the 2009 protests, which were mainly contained to urban elites and the middle class in Tehran, Shiraz, and Isfahan. Previous protests were also primarily confined to a specific theme, such as economic grievances. Alternatively, the “Women, Life, Freedom” protests have spread beyond their original scope to encompass 43 years of repression, economic stagnation, corruption, and widespread anger against an authoritarian regime.

Young women are also spearheading this counterrevolution. While Iranian university students have historically been “an unwavering agent of social change” in Iran, these protests have a strong female presence at the forefront. This is especially threatening to the government as the mandatory hijab is regarded as one of the leading symbols of the Islamic regime. The backlash from women burning their hijabs and cutting their hair threatens the foundation of the Islamic regime.

Another difference is that the current protests do not have a leading figure; no one is calling the shots or promising a better Iran. The 1979 revolution had Khomeini, and the 2009 Green Movement had Mohammad Khatami. While Mahsa Amini serves as a symbol of the revolts, the recent uprisings have been led by various individuals, such as women, students, and journalists. The absence of a political leader has proved difficult for security forces suppressing the movement, as there is no subject to use as a scapegoat or target.

It is likewise important to note the global reception for the current protests. Although the Iranian regime has been a topic of discussion since its inception, Iranians and the general population have seldom been considered. For too long, Iran’s people have been forgotten by the international community, and they are finally receiving the recognition they deserve. Politicians, celebrities, and more have spoken up in support of the Iranian protestors. Mass protests have also occurred globally, with thousands gathering weekly in many North American and European cities. These sentiments have been followed by international condemnation as well. Many countries of the Global North have enforced further sanctions on Iran. In Canada, Prime Minister Justin Trudeau announced in early October that over 10,000 members of Iran’s Revolutionary Guard would be banned from entering the country. Trudeau also stated that $76 million would be invested in strengthening Canada’s ability to enforce sanctions against Iran. International support is crucial for protestors, as it shows that the world is paying attention to Iranians’ continued suffering.

What is to come of these protests remains uncertain. While the Islamic regime can continue with its stagnant rhetoric of blaming the United States, it is evident that these sentiments are not compatible with the views of Iranians. Iranians are vocalizing their frustrations to an unprecedented degree. The regime’s dedicated crackdown on the protests indicates something the clergy doesn’t want to know: that they are scared. These protests are targeting one of the main pillars of the Islamic regime, the hijab. Without this visual symbol, the government would have even less of a leg to stand on. These protests are threatening the regime’s entire raison d’être. Iranians are capable of bringing about change—they brought about a revolution 43 years ago. Today, they still hold this potential. Regardless of what happens next, Iranians will continue to advocate for an Iran that represents the values of the people.

Featured Image: Iranians gathering in support of the “Women, Life, Freedom” protests. Protests began in September 2022 after the death of Mahsa Amini. “Iran Protests” by Taymaz Valley is licensed under CC by 2.0.