Women & Minorities in the Cannabis Industry: An Interview with Tahira Rehmatullah 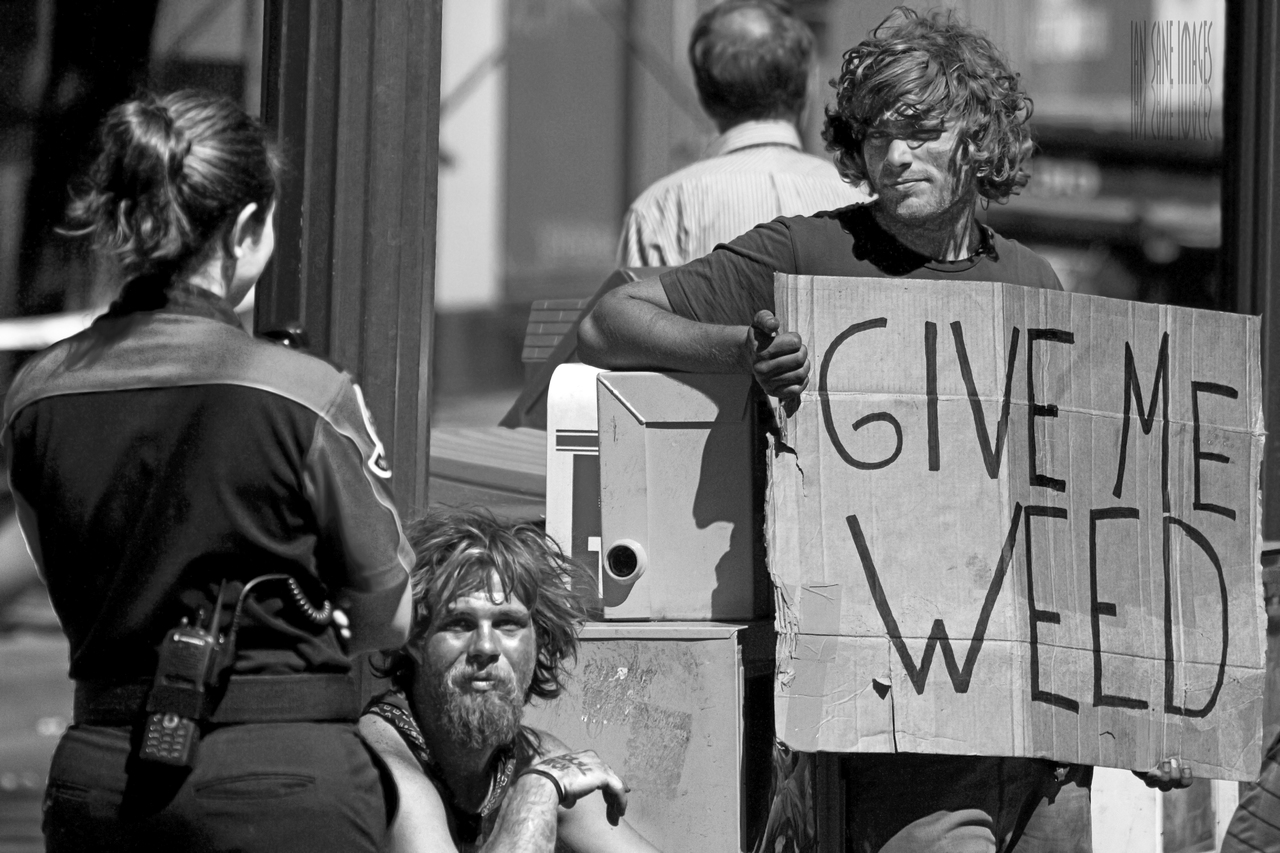 As legal cannabis blooms in North America, the question of what role women and minorities will play in this new industry have also started to come to light. Broadly speaking, women face barriers that impede their ability to participate in the public sphere while minorities have disproportionately suffered due to drug legislation in the 70s. With the legalization of cannabis in Canada and the United States gaining momentum, have these groups been brought into the fold or are they looking at a green ceiling? We sat down with Tahira Rehmatullah, the Managing Director of Hyper Ventures and CFO of MTech Acquisition Corp. to gather her perspective.

Alec Regino: Can you tell me a little bit about your background and what led you to pursue entrepreneurship in the cannabis industry?

Tahira Rehmatullah: My background before cannabis was primarily in finance. I worked for Ernst & Young and a hedge fund in New York. After business school, I found myself in the cannabis industry. I started with an investment fund and then quickly was put into a position where I got to become an operator and work on a brand which was called Marley Natural. At that time brands weren’t very common in cannabis, so it was pretty new. That gave me a lot of experience in working on a startup, creating a new brand, creating something new for the cannabis industry. And then from there I went on and helped a couple of other companies launch into the market and started working with a venture capital fund that is focused on ancillary businesses, which are businesses that don’t touch cannabis but are in the cannabis ecosystem — technology, distribution, testing, etc. And then outside of that I also continue to work with startups and brands in the space.

AR: So cannabis wasn’t something that you always wanted to get into in university?

TR: No! From university I was a finance major and also pre-med, so I had no idea. I went to university a long time ago, and cannabis was not very prominent at that time. But coming out of business school is when I really started to learn about cannabis. 2013 and 2014 was when the market really started to change due to states legalizing. It was still quite early compared to where the market is now. I started looking at it really from a medical perspective because I had a grandparent who had cancer and I learnt about people who would use cannabis for comfort or elements of cancer or other illnesses. That really opened my eyes to understanding that there’s clearly something here, but we have this product that has been made illegal and I wasn’t really sure why. So I went into this learning wormhole and came across a company that was working in the space and managed to convince them to give me a job.

AR: According to a study by Marijuana Business Daily, women made up 36 percent of senior leadership in the marijuana industry in 2015, which is 15 percent higher than other industries. Why do you think that’s the case?

TR: Well, the industry is new, so I think there’s an element of just broad-based opportunity, and that is really appealing for people— men, women, all different races, and cultures because cannabis is not really confined to a certain community. I think for women entering the space, there are opportunities to create companies, build brands. But I will say that there is actually still a disproportionate amount of women when you compare it to certain areas like venture capital, the financing side of the business. Most women that you will find, particularly ones who have executive roles, are more in products. Female-focused products or elements of media, some accessories, but you’re not seeing them in some of the more traditional segments like technology and investing. There is still a bit of a disproportion there. It’s also disproportionate when it comes to race and minorities who are in the space. Cannabis now is starting to look a lot like Wall Street. When I started in this space four years ago, it looked very different and very quickly it changed to white men in suits. That change has been pretty interesting to see because a lot more people are getting comfortable and are willing to enter the space. Unfortunately, what we’ve seen in the US is that we’ve made it a little bit difficult for people to enter the space unless you come from a position of privilege, which often is linked to race or socioeconomic status. So although I’m seeing some really positive things as far as more women and minorities getting involved, there’s also this flip side of it where we are actually putting up barriers so they can’t be as much part of it as they’d like to be.

AR: Have you ever faced discrimination in the cannabis industry? How did you deal with that?

TR: I’m very often the only woman in a meeting. I don’t call that discrimination. It’s just the nature, unfortunately, of the makeup of who’s around the table. I do think that as a woman and as a minority woman, there are things that you just face on a daily basis that a white male counterpart may not experience. But that’s the same for all industries and I think we’re seeing that everywhere right now. We’re also talking about it a lot more, so hopefully we continue to bring that to light and encourage organizations to make staffing decisions and policies that allow for more inclusion and that doesn’t just mean we’re going to hire the token woman or token minority, but really creating actual change to encourage those groups to have an active place in the market.

AR: So what more can be done to develop minority and female leadership in the cannabis industry or in other industries in general?

TR: I think that we need to look at how we are recruiting and staffing. Really making that effort and trying to seek out candidates. I’m not saying that you have to have somebody who is a minority or a woman or both just because they are— they obviously have to be qualified— but I think you’re overwhelmingly getting applicants that look a certain way or are from certain industries and it’s on companies to ensure that they’re just not falling into that bucket. They have to go out and work a little bit harder and create an environment that is good for those people to be in so you can get hired by a company. It can be a very inhospitable place to work if you don’t look or act a certain way and so we also have to make sure from an internal organization structure that we’re being inclusive.

AR: Let’s talk a little bit more about your speech during this conference — your presentation was “Race Plays a Role in Cannabis Regulation in the United States”. Could you expand on it a little bit?

TR: The real focus when it comes to racial disparity is that even though the industry is legalizing, particularly in the US where state after state is legalizing, you’re starting to see massive economies develop. California alone is projected to be a $6,000,000,000 industry in 2018. You’re seeing all of this money come in, you’re seeing all of these jobs, creating all of this opportunity… but what you’re also seeing is that there are all of these people who are felons or are still in jail who are overwhelmingly black or brown and who are probably in jail for something that is legal now, or if a white person got caught doing the same thing, probably didn’t have the same punishment. On one side we’re benefiting and we’re creating this environment where people are potentially [in] a position to make a lot of money, but we’re not helping the community that has been involved with it for better part of a century since it was made illegal.

I think that there’s a need both at a policy and private sector level when we’re looking at how we’re doing employment and how we’re providing funding and what resources we’re providing to open doors for those communities to enter the business. We are putting up barriers. If you don’t have money to come into it, you can’t come into it. Or if you previously had to go to jail because you were caught with cannabis – you’re a felon – you don’t have a way to necessarily get rid of that. I think we need automatic expungement of records if it falls within a certain range of violations that are legal now or decriminalized now. We should also look at how do we make sure that those types of policies don’t happen again. I read a stat the other day that in the market of the cannabis businesses, and this is all types of businesses in the US — 81 percent of them are owned or run by white men and then 10 percent are owned by black or Latino populations. The industry is not that old, but we’re already there and if we don’t make these changes now, it’s just going to continue to move in that direction. We’re going to leave this population behind that has historically been involved with cannabis and can’t benefit from it.

AR: Do you think the legalization of marijuana in Canada and the United States will have an effect on the opioid crisis?

TR: I do actually, and we’ve started to see some initial studies and data come out that show that in states in the US in particular where cannabis has been legalized, there is a small, but still, drop in opioid usage. The thought is that people are consuming cannabis perhaps in place of opioids or weaning off of them. And look, we don’t know what the long-term effects of cannabis yet. I personally don’t feel like we have enough information, but we need to do more research in order to have that information. We didn’t know that opioids were going have this impact on our communities when they came out, or maybe we did but we didn’t care because of the economic implications. I do think we’re going to see shifts in communities where cannabis is legalized when it comes to opioid usage. Hopefully that means that people aren’t necessarily addicted to cannabis, but it’s providing them relief that allows them to still function and not be abusive to themselves.