Workers of the World Unite…But don’t disturb social stability: The Rise of Collective Bargaining and the Labour Movement in China 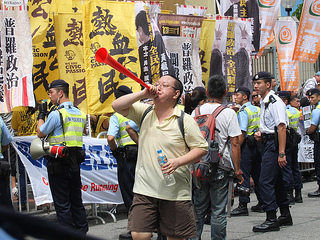 The opening words of the current version of the Constitution of the People’s Republic of China, adopted in 1982 at the 5th National People’s Congress, reads:

“The People’s Republic of China is a socialist state under the people’s democratic dictatorship    led by the working class and based on the alliance of workers and peasants.”[1] 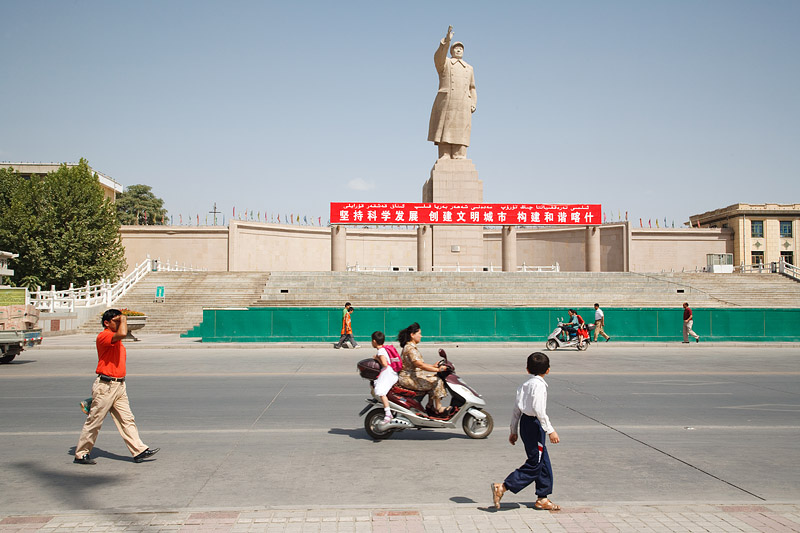 Through these opening lines we see heavy emphasis on “the worker” which was common with most communist and socialist constitutions of the day, following Marx’s rhetoric to unite the workers of the world. Through these words, China has avowed its commitment to the working class and its labourers. But with the transition in the twenty-first century to a post-Maoist, market-oriented, and globalized economy, the Chinese government has come to value growth over its workers and labour legislation is usually faced with dismal enforcement.

This is of course not to say that China has failed to made great strides towards ensuring worker’s rights. Since its 2001 entrance into the WTO (World Trade Organization) as a member-state, Chinese authorities have cleared 2,300 laws, abolished 830, and modified 325 at the national level. At the local level, a total of 190,000 laws and regulations were cleared, abolished, or modified. Workers in urban areas have universal healthcare, other workers have three one-week national holidays, and women in China make about 80% of what a man makes for the same work which is higher than the average 70% we see in many countries in the Western world (the labour participation rate for women is higher too, at 49% across China).[2] Even before their entrance into the WTO, new labour laws were being created and revised, such as the Trade Union Act of 1992 and the Labour Act of 1994.[3] Although these strides are significant, it is easy to simply codify new laws; enforcement is another issue altogether, and Chinese authorities do not fare too well in that regard.

As Mary Gallagher, professor at the University of Michigan, puts it, the way Chinese authorities deal with labour grievances and unrest can be described by a simple phrase: “High standards, low enforcement.”[4] There are several factors which can be described as causes to this lack of enforcement. One of these causes can be said to be the speed at which these labour laws were codified. In the United States, there is more than two hundred years of labour legislation, and because of this, a sophisticated legal system and government institutions have been established to handle labour issues. China’s labour legislation has only been given attention in the early 90s and has gone through the equivalent of two hundred years of labour legislation in twenty years, creating a chaotic legal landscape and making for very lax enforcement.[5] The main reason, however, for the lack of legal enforcement in China when it comes to labour laws is the government’s timeless obsession with domestic political stability above all else; this is seen clearly in their method of dealing with the grievances of workers, known as “collective consultation”.

Less aggressively worded than collective bargaining, collective consultation is the process by which the management, the ACFTU (All Chinese Federation of Trade Unions, the only legal trade union in China), the local or central government, and the employees engage in the settling of grievances. This “settlement”, however, often leads to little or no solutions.[6] The process of collective consultation, which was introduced under the legislation of the early 90s, did not offer a new system for negotiating; rather, it became integrated in the traditional system of consultation, where mediation and informal settlements (like cash settlements) are often used, while stability and avoidance of unrest become the prime factors and workers’ rights are shoved to the side.[7] Oftentimes these meetings do not even end with an actual bargain, but with trade unions and workers simply accepting the agreement put forward to them by the management; other times, the management does not even bother to show up to the meetings. Worse, the sole representative of Chinese trade unions, the ACFTU, does a poor job of representation. Although the ACFTU ensures that employers do not violate labour laws, it does next to nothing to advance the members’ interests, and oftentimes, the ACFTU even sides with the management.[8] Due to this unsuccessful route, discontented workers have found alternative ways to achieve the settling of their grievances. 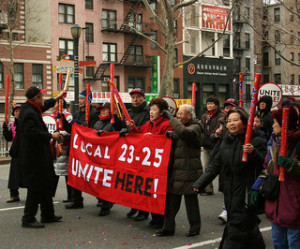 “Collective bargaining by riot” was a term first introduced by Eric Hobswawm in reference to the British workers of the 19th century who broke machines to coerce employers to grant them concessions.[9] Similarly, Chinese workers who are not well protected by the fledgling and weak ACFTU often resort to riot-like activity in the form of wildcat strikes, as a means of negotiation for changes such as wage increases.[10] An example of this type of successful “collective bargaining” is seen in the Honda Workers’ Strike of 2010, where 1,800 workers went on strike. The strike began after 200 union members who had been mobilized by the local government beat 40 workers who refused to go on strike. The political pressure proved too heavy, and the Honda Auto Parts Manufacturer Co. in Guangdong province acquiesced to the workers’ demands of wage increases.[11] This method of settling grievances has been continuously growing, notes the China Labour Bulletin (CLB), a Hong Kong-based NGO founded in 1994 and headed by veteran labour activist Han Dongfang.[12] The CLB is a very useful tool for labour activists; it aims to educate workers on their rights and create international solidarity amongst them. Through its “strike monitor” on its website, the CLB tracks strikes across China based on news articles, counting 1,171 strikes between 2011 and 2013. There have been approximately 150 strikes this past month alone.[13] This sort of activism has redefined the contours of grassroots activism and collective action in China, succeeding through education of rights, as well as through the wide use of new social media technologies like Weibo (the Chinese equivalent to Twitter).

Although all this information is very promising, repression still exists and may start becoming even worse under current Chinese president, Xi Jinping. In fact, it is already worse when compared to Xi’s predecessor, Hu Jintao, in terms of social activism.[14] Repression, however, will only start to lead to more grievances as it did in those grim days of 1989. As has been shown, the “worker” is a force to be reckoned with in China. If Xi and the leading officials in China do not recognize this, Xi will face a very difficult remainder of time occupying China’s highest post because ultimate power rests with the people, and evidently, they are able to mobilize. Domestic stability must make way for a new era in China, one which cherishes democracy and the rights of those who want a fair and safe workplace, or we might witness history repeat itself.