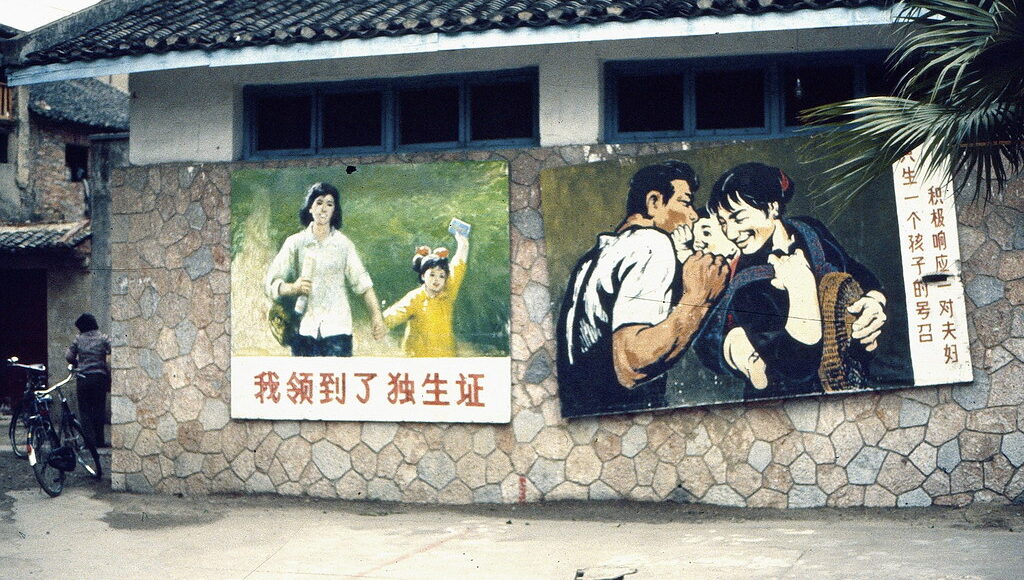 In 1958, as part of Chairman Mao Zedong’s Great Leap Forward, families in China were encouraged to have many children to increase China’s manpower. However, rapid population growth, estimated at 2.6 per cent annually until the early 1970s, outpaced economic development, leading to the adoption of the controversial one-child policy from 1979 to 2015 to curb population growth. In 1981, Ming* started working as an obstetrician-gynecologist (OB-GYN) in a small-town hospital in the province of Zhejiang. As an OB-GYN, her work was deeply entangled with the one-child policy.

Ming recounts that China’s obsession with population control started long before the birth of a child. Indeed, couples were required to go through a “health check” before marriage. After carefully reviewing the man and woman’s health, the doctor would inform them if they faced particular risks by having a child. “If a woman had a medical condition that could put her life at risk during pregnancy, we would sometimes advise the couple against having a child,” says Ming. Once pregnant, the state mandated an obstetric examination before the 12th week of pregnancy. If a woman were unwilling or unable to see an OB-GYN at the clinic, the OB-GYN would travel to their homes to deliver prenatal care. Ming distinctly remembers, “I once left early in the morning to go see a patient who lived in the mountains, and I only reached her house by lunchtime after a 2-3 hour climb by foot.”

As an OB-GYN working in a small-town hospital in the early 1980s, Ming did not have access to ultrasound imaging for prenatal care and was, therefore, unable to reveal the baby’s gender. However, even in bigger city hospitals where ultrasound imaging was available, OB-GYNs were prohibited from disclosing the gender of the baby, fearing that expectant parents would purposely abort female fetuses. Many individuals, especially from rural areas, preferred boys as they carried the family name and were considered a better source of manual labour. Although males were always traditionally preferred over females, the advent of ultrasound imaging roughly coincided with the introduction of the one-child policy and thus promoted sex-selective abortions. Indeed, some parents would illegally bribe OB-GYNs to disclose the gender of the baby. In Ming’s experience, most couples would otherwise only discover the gender of the baby upon delivery. Families celebrated if they gave birth to a boy.

On the other hand, families occasionally broke down in tears after a girl’s birth, prompting Ming to console the new parents. Many educated individuals from urban areas, like Ming herself, were more progressive in their views. “I didn’t think boys were better than girls. Women had the same opportunities to go to university and earn a living, just like men. Women could also contribute to society and take care of their parents when they age,” Ming believed.

Although there are numerous reports of female infanticide and sex-selective abortions, Ming claims to have never personally witnessed any events during her years as an OB-GYN. She explains, “women mostly came to me for abortions because they weren’t ready to have a child, or because they already had the first child.” In Canada, where Ming now lives, OB-GYNs and family doctors may refuse to perform abortions due to moral or religious beliefs, under conscientious objections. Yet under China’s one-child policy, performing abortions was part of the job description of an OB-GYN. “Everyone did abortions. I can’t think of a single colleague who didn’t,” says Ming.

Still, the Communist Party’s leading method for enforcing the one-child policy was not through abortions, but rather through birth control. After their first child, women were obliged to have an intrauterine device (IUD) inserted. The stainless steel ring, used for its low cost, could be inserted immediately after a cesarean delivery or a few months after a vaginal delivery. Patients would then receive a certificate confirming that they had received an IUD, which they could then show to government officials. “Some women who didn’t want an IUD would bribe me for a fake certificate, but I didn’t accept any bribes,” recounts Ming. OB-GYNs were also prohibited from removing the IUD unless the woman presented them with a written confirmation from the Communist Party, certifying that she was allowed to have a second child. Otherwise, OB-GYNs could face serious fines or other sanctions from the government.

However, the steel ring was prone to failure, as many women became pregnant despite having the ring, while others experienced spontaneous expulsion of the ring. Thus, after a second child, women needed to undergo tubal ligation — a permanent surgical method of birth control. Ming remembers distinctly: “Around 1984, the Communist Party in my county was cracking down on women who didn’t have a tubal ligation. Women came to the hospital in numbers. All I did were tubal ligations, one after the other, from 8 am until 6 pm, for about two months”. As the Communist Party had access to hospital medical records, they could track women’s obstetrical history.

Many women feared sterilization after the tubal ligation procedure, so they would choose to deliver a second child in secret, either at home or by travelling to a hospital in another province. Even though the one-child policy was a mandatory national program, the Chinese Communist Party recognized the geographic and socioeconomic differences across China and therefore delegated the responsibility of enforcing the policy to the provinces and local governments. As such, there was no collaboration between provinces to enforce the one-child policy. With different regulations between provinces and even between local municipalities, Ming’s experience as an OB-GYN in Zhejiang differed significantly from the experience of a midwife from Jiangxi province who was featured in Nanfu Wang’s documentary One Child Nation. In this award-winning documentary, the midwife explains that her local government policy forced her to induce labour and kill babies alive on some occasions. However, Ming did not engage in the same violent experience, as her county’s regulations outlawed such an atrocity.

The midwife from Wang’s documentary carries enormous guilt and trauma from the 50,000 to 60,000 abortions and sterilizations that she was forced to do throughout her career. However, for Ming, abortions were only a small part of her work. Although Ming was initially sad about performing abortions, that feeling was quickly replaced by a sense of duty and the greater good for her country. Chinese propaganda regarding the benefits of the one-child policy was ubiquitous. Like everyone else in her community, Ming truly believed that China’s one-child policy was the right thing. Having herself grown up in a poor rural town where food was scarce, she was hopeful that the one-child policy would promote economic growth and raise living standards across China.

Ming practiced as a doctor in China until 1992, after which she and her family moved abroad to support her husband’s pursuit of higher education. Looking back at her ten years as an OB-GYN, she only has happy memories of the 1,000 deliveries she performed. But she now also recognizes the problems the one-child policy created. “I think that the one-child policy was a good thing because it helped propel China to a stronger economy and lifted millions out of poverty,” explains Ming. “But ironically, the policy is now also responsible for exacerbating the shift towards an aging population, which is threatening to put economic pressure on the younger generation.” China is currently undergoing its once-in-a-decade national population census to assess the demographic changes. The 2020 census results will give us a better picture of the aging population and the upcoming socioeconomic challenges that Ming describes.