Working with Hope in the Liberal Government 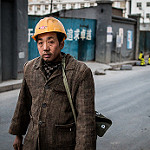 With the liberal government’s victory in the last election, there have been high hopes for easier processes and more relaxed policies when it comes to migrant workers. Especially with the influx of people due to the Syrian refugee crisis, the issues of immigration and migrant workers’ policies have become some of the main issues facing Canada that require immediate resolutions.

The House of Commons is pushing for reform on policies for the temporary-foreign worker program. They are hoping not only for more protections against abuse for migrant workers, but also to make it easier for migrant workers to become permanent residents. Currently, the work permits of migrant workers are tied to a specific employer—making these foreign workers more susceptible to abuse. Any harsh conditions must be endured, because if they are fired they may lose their ability to stay in Canada. However, with an open work permit, migrant workers are free to search for other employment opportunities if they feel unsafe, mistreated, or unhappy with their current job. Even a compromise between the current system and an open permit, in which migrant workers can seek employment elsewhere if they lose their job, would help alleviate some of the worries that migrant workers have about their status in Canada.

The liberal committee’s proposal to eliminate this rule could be a crucial step towards better work environments for migrant workers. Power abuse in the workplace is a pressing issue that migrant workers face, and with the liberal government’s proposals, it could finally be easier for these workers who contribute to Canadian society and economy to enjoy the benefits that they deserve.