How the World Bank is Aggressively Targeting Childhood Stunting 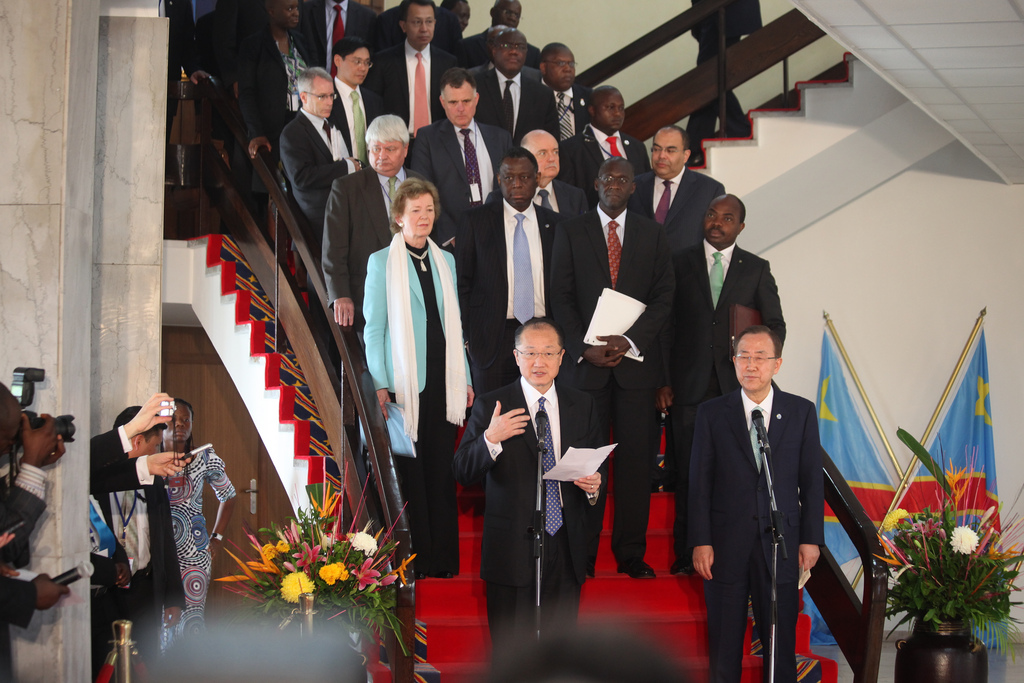 Stunting (also referred to as stunted growth or nutritional stunting) is the limited growth of human development in early life, measured by height. If a child’s height is two standard deviations less than the median, based on the World Health Organization’s (WHO) Child Growth Standards, he or she is considered stunted. Stunting is caused by poor diets, recurrent infections, and long-term nutritional deprivation. Maternal health is directly implicated in 20% of cases of stunting, stemming from “intrauterine growth restriction due to maternal undernutrition.” Characteristics such as the short stature of mothers, short birth spacing, and adolescent pregnancy also contribute to higher rates of stunting. The effects of stunting are the permanent loss of cognitive ability (due to underdevelopment of the brain), an increased life-long risk of degenerative diseases, and reduced productive capacity. The effects of stunting can be observed in poorer educational outcomes (fewer years of schooling), lower economic productivity (lower lifetime wages), and a third less chance of escaping poverty than non-stunted children. As of 2016 estimates, 155 million children under the age of five have stunted growth—nearly a third of which live in India.

In 2012, the World Health Assembly (WHA) set six global nutrition targets for 2025. This included “a 40% reduction in the number of children under-5 who are stunted”—the first two years of life being crucial for childhood development. The WHO identified three key movements that can drastically reduce the number of stunted children. The first is to optimize breastfeeding practices, namely exclusive breastfeeding for the first six months, which reduces the risk of infections that cause nutrient depletion. This requires that women and mothers are educated in health and nutrition, and that they have access to a nutrient-rich diet. The second step is to improve childhood diet during the complementary feeding period (7-23 months) by providing a greater diversity of foods and importantly, foods from animal sources. The third action that needs to be taken is the implementation of “nutrient-sensitive interventions,” such as higher quality food or hand-washing with soap. To accomplish this goal, affected communities require socioeconomic improvements such as access to safe water and affordable soap, and changes in the culture of hygiene. While progress has been made in countries like Brazil, Peru, Bolivia, and the Indian State of Maharashtra, funding for this global nutrition target is lacking and the total number of children with stunting has increased in Africa despite a decreasing rate (the continent that is expected to receive half of the global population increase between 2015 and 2050).

The World Bank Group has taken important steps, under the direction President Jim Yong Kim, to prioritize funding for advancing the 40% reduction goal. On April 5, 2016, Kim addressed stunting as a keynote speaker at an event hosted by the German Institute for Economic Research/DIW in which he highlighted stunted growth as a global threat (along with forced displacement, climate change, and pandemics) to the economic and healthcare sustainable development of low- and middle-income countries. Kim infused economic rationales for tackling this issue by tying in human capital as the fundamental resource to enrich developing countries: “Of all our investments in infrastructure, I believe that investment in grey matter infrastructure could be the most important of all.” He also considered the hardships communities with childhood stunting will face in the future world that requires “digital competency in an increasingly service-oriented economy,” and that the lauded conviction of equal opportunity for all is hypocritical, “an empty slogan if a country has 45 percent of its children who are stunted.”

For the leader of the World Bank to focus intently on achieving nutritional goals and improving the standard of living without greater economic qualifications marks a new era for this monolith in the arena of economic development and international investment. The stated mission of the World Bank is to end extreme poverty and to promote shared prosperity by “increasing the incomes of the bottom 40 percent of people in every country.” This mission was developed and adopted as recently as 2013, shaped around the historic goal of the Bank to end poverty. It is in line with the synthesis of quantifiable targets that promulgated the UN Sustainable Development Goals for 2030, officially agreed upon in 2015.

The World Bank Group is made up of five separate institutions, two that partner with governments and three with the private sector, that attempt to work cohesively towards these established shared goals. Kim has had an important effect of unifying the five institutions and utilizing their shared knowledge and expertise to provide solutions for governments and private industries in need of assistance. The current president, 12th in the history of the World Bank, has a number of unique qualities. He is the first non-white president of the Bank and the first to make his career outside of finance and in the developing world—Kim is Korean-American and worked as a physician in an organization he founded (Partners in Health) to improve the lives of poor communities in developing countries by providing high-quality healthcare. Against all odds and skepticism of many observers, Kim, along with his co-founder Paul Farmer, developed large treatment programs and initiatives—such as tackling tuberculosis in Peru and training patients in Rwanda and Haiti to be community workers—which have cast a net as wide as there were people in need. He has made it his mission to establish interdisciplinary models and frameworks to address issues of the 189 member countries of the World Bank. In a break from the past, the World Bank is removing the economic and financial lens that has dominated its vision, adopting a more holistic perspective that considers broader options and tactics to solving humanitarian issues of extreme poverty and systemic issues of income inequality.

Despite many of the positive changes to the Bank, its history and culture have been marred by controversy and criticism. An institutional critique of its governance emphasizes that there is unequal voting power in organizing the Bank, as a handful of wealthy western states (those providing the vast majority of funding) select the leadership and management. Some have called it an instrument of global apartheid—or minority rule in international decision-making. Moreover, in the 1990s the establishment of standard practice through the Washington Consensus has been criticized for its unmitigated policies of deregulation and liberalization of markets, privatization, and the downsizing of government. The main problem in this era was the lack of caution and lack of focus on equity, employment, and the way in which privatization reforms were carried out, as well as a failure to prioritize or value the standard of living of the people. The World Bank was too focused on traditional signs of prosperity such as GDP growth and issuing loans, rather than “achieving concrete development results within a finite period of time.” Its western-centric reforms were not adapted to the unique legal and legislative framework of formerly colonized nations. The World Bank espoused legal origins theory, which takes as an assumption the exogenous transplanted legal tradition of either common law or civil law during colonialism remained intact post-colonialism, when in fact studies have shown that rules of law in developing countries have been evolving along divergent and endogenously contingent paths.

In sum, the road to vanquishing childhood stunted growth is paved but its vehicles lack fuel. A new promising fund, The Power of Nutrition, has plunged itself into the fundraising race to accomplish the WHA goal for reduced stunting. With moral and economic incentives abound (for every single dollar invested in ending stunted growth, about $18 are generated in economic returns), there is hope that children around the world will have a better chance of living a full and prosperous life. When countries’ governments and citizens are educated on the importance of nutrition and the worthwhile investment in childhood development, time and resources will find their way to programs that reduce stunting, as they have already in a half-dozen developing nations. And when donors, philanthropists, and humanitarian organizations seek out projects that have the widest and deepest impacts on improving standards of living, they will look at reducing stunting as an unparalleled investment.