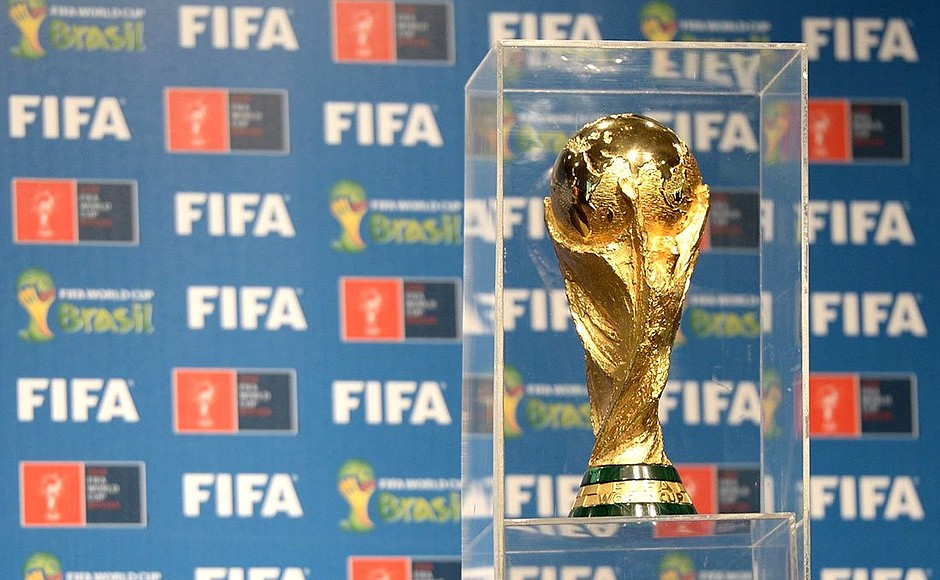 Note: The author of this article will refer to the sport known as soccer to many Americans as football.

The importance of football around the world cannot be understated. For most of the world, particularly in Europe and Latin America, football is more than just a sport; it is a religion. And the game often ventures beyond the playing field into the social realities of a nation because football has long been inherently political. Matches opposing Real Madrid to FC Barcelona are symbolic of the Catalan cause against the Spanish crown. England-Argentina matches revive the memory of the painful 1982 Falklands War. A contested World Cup qualifier in 1969 even sparked a military confrontation between Honduras and El Salvador. For marginalised communities, football is often an escape from a grim reality. This, however, can be a double-edged sword when governments turn sport into spectacle as a distraction from inefficient practices.  The World Cup, the biggest and most popular sporting event around the globe, does not escape the political dynamics of the real world. With all countries yearning for a spot in the tournament and as all eyes turn to the host country, examining the weight of the Cup will inevitably venture into political territory.

Apocalypses and Miracles: The Case of Italy and Panama

The World Cup is not necessarily about winning the coveted golden Cup, but simply about being there, being one of the lucky 32 teams selected to compete. Just being a part of the World Cup gives a country incredible visibility on the international stage. For a summer month every four years, the world’s eyes are focused on football only. Qualifying can represent countrymen’s entire dreams and aspirations of seeing their national team playing on the world stage. The qualifying journey can be filled with agony or ecstasy depending on the result, but one thing is certain: the ramifications of qualification have deep effects on a country’s national pride, especially where football is treated like  religion.

For the first time in over 60 years, Italy, four-time World Cup winner, will be missing out from this year’s mega-sporting event. In a country where football stadiums have come to represent holy sites and star players worshipped, Italy’s failure to qualify has been classified as a “Vergogna Nazionale”–national shame–by Italian newspaper  Il Messagero and even an “Appocalisse”–apocalypse– by Corriere dello Sport. For many Italians, their team’s failure to beat Sweden in the qualifying stage sheds light on a greater national problem. Italy has struggled to recover from two recessions in the past decade, which makes the failure an even bitter pill to swallow. The country’s recent turn to populist and anti-immigration policies has also been evident in the game field with many blaming the minorities on the Italian national team for their defeat against Sweden. Amidst a couple of tumultuous political years for Italy and with an upcoming election this May, football will no longer be a viable way to lift the national mood.

Across the Atlantic, the opposite story is being told. For the first time ever, Panama qualified for the World Cup leaving behind top teams like the United States and Honduras. The country exploded into a celebratory riot over their qualification after a match with Costa Rica. The Panamanian President even went as far as to declare the day a national holiday.  The small country, after all, had been trying to qualify–to no avail–for the Cup since 1978. Being on the international stage only further consolidates Panama as a top political and economic player. Last year, it boasted the fastest growing economy in the region and the recent Canal expansion surpassed expectations. In the Isthmus, the Canal represents the motor of the economy as it generates a third of the country’s GDP.  The expansion has augmented the Canal’s revenues by 12.5% and 32% of the total Canal revenues come from the expansion project. The participation of Panama in the upcoming World Cup, however, can also be used as a political tool of distraction from the country’s various alleged bribery scandals in the now infamous Odebrecht corruption case. Through this lens, the President’s move to declare a national holiday after the national team’s victory could also represent a move to gain public support, amidst declining approval ratings. Nevertheless, it is an ongoing celebration in the Isthmus where all eyes are eagerly awaiting the transmission from Russia this upcoming June, waiting to see their team play.

All eyes on the host country

When Brazil hosted the last World Cup in 2014, the country was in the midst of socioeconomic chaos and a looming political crisis, which eventually would lead to then-President Dilma Rousseff’s impeachment. Conservative estimates put the total cost of the Cup by the government to $11.7 billion. Protesters quickly turned to the streets protesting the exorbitant costs of the Cup while demanding that their money be spent investing in the country’s infrastructure, health, and education. Thousands were displaced from their homes to make room for the new stadiums. The World Cup is no stranger to domestic controversy in the host country. Just four years earlier during the South African World Cup in 2010, people protested the high cost of the Cup while the country was facing major issues. This upcoming World Cup will perhaps be the most political sporting event in history after the boycotted Olympic Games in Moscow and Los Angeles in 1980 and 1984 respectively. During the Cold War, the intersection between sports and politics, of course, was common. Today, however, the international political climate is at its most delicate since the Cold War. Russia’s current position on the world stage and its internal issues intensify the politicization of the upcoming World Cup. With  widespread reports of human rights violations within the country and questionable political and military action by Russia, all eyes will be on the performance of the host country.

In 1978,  Argentina hosted of the World Cup on the backdrop of a brutal military dictatorship commanded by General Jorge Rafael Vidal. Allegations of human rights violations and disappearances were widespread. That year, Argentina took its first World Cup victory to great controversy. Rumours that the 6-0 final match against Peru was fixed by the military regime to divert the public’s attention from its atrocities are widespread even today. Similar to Argentina in 1978, Russia’s World Cup, along with its holding  of the 2014 Winter Olympics in Sochi, represents a desire to reshape its image in the eyes of the world and re-position itself as a top global player. In addition, much like the military dictatorship of Argentina at the time, the Russian government has been accused of using football as a distraction from human rights violations–targeting the LGBTQ+ community and black people— as well as political meddling in the U.S. election and the annexation of Crimea in 2014. Russia’s recent ban from the 2018 Winter Olympics due to a massive doping conspiracy supported by government officials adds more fuel to the fire. These controversies have most likely contributed to FIFA’s struggle to find sponsors for Russia’s World Cup. The Cup has filled seven of their eight top-tier partnership spots which includes faithful sponsors like Coca-Cola, and newcomers like Gazprom, Russia’s state-owned energy firm. Yet, of the 20 regional sponsorship spots, only one has been filled so far.

This is indicative of companies’ desires to move away from FIFA’s corruption scandals and perhaps Russia’s political misdemeanors. Four more years remain until the next World Cup slated to be held in Qatar, but that has not stopped an onslaught of scandals. Various witnesses have testified in court that a number of senior FIFA officials have taken $1m to $2m bribes to vote in favour of Qatar’s bid to host the Word Cup. Furthermore, reports by Amnesty International have emerged that migrant workers constructing stadiums for the Cup are being systematically exploited by receiving lower monthly salaries than promised and being forced to work long hours with no compensation, further tainting the competition’s expected tenure.

The 2014 World Cup in Brazil had an unprecedented audience of over 3.2 billion people watching the matches develop at home. 3.2 billion people watched the swift agility of the German national team as they finished victorious while at the same time seeing the backdrop of the political crisis develop in Brazil. For millions of Brazilians football fans, watching their team lose the semi-final against Germany in a humiliating 7-1 in their home country made it impossible to close a blind eye to the country’s political shortcomings and the socioeconomic crisis. While the 2014 Cup can be considered a success, the world had its eyes carefully on Brazil. The success or failure of the upcoming Cups largely rests on the shoulder of an increasingly scandal-plagued FIFA. In a couple of months, we will be able to see if Russia rises to the task of hosting the most important sporting event in the world.