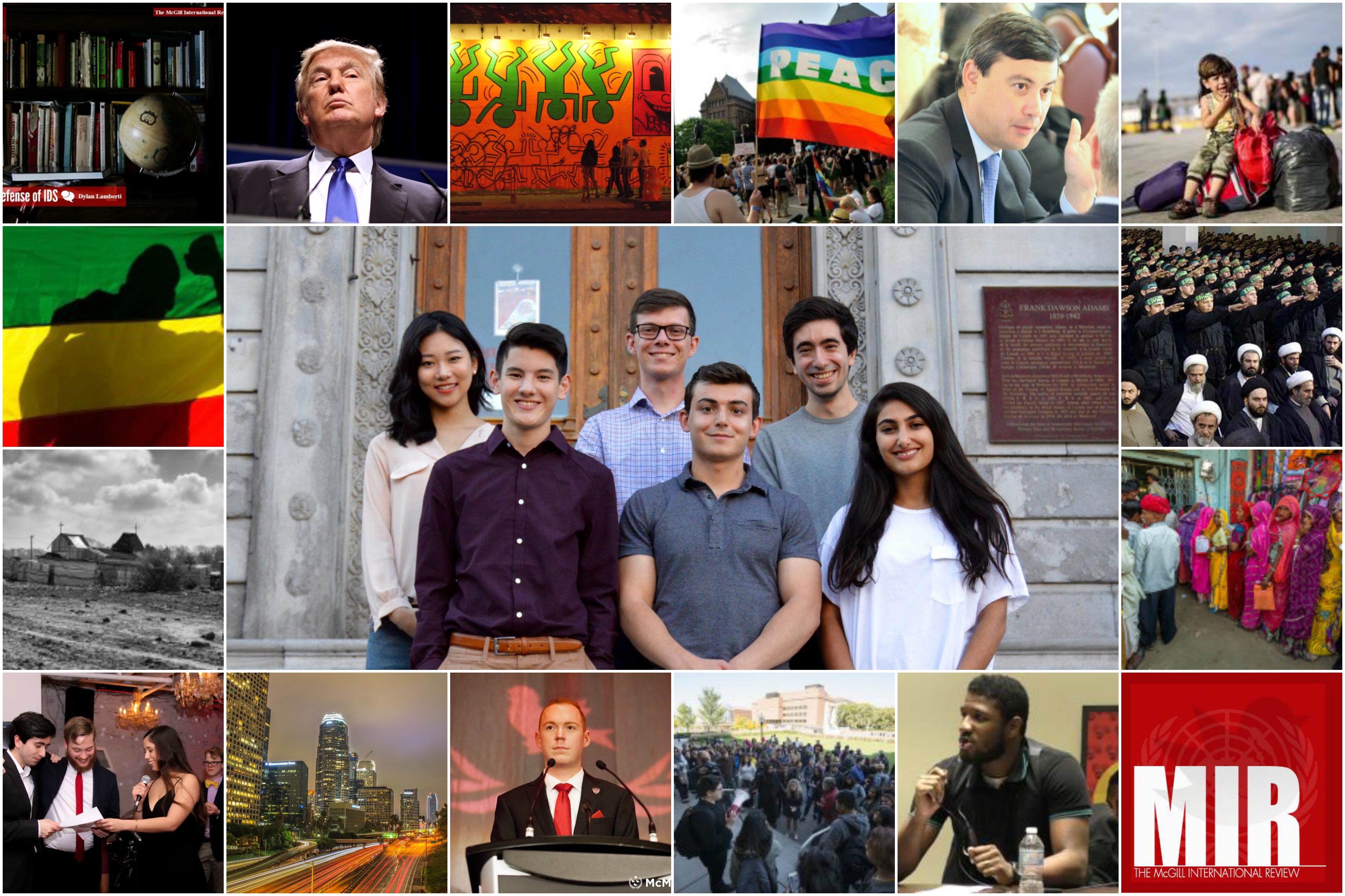 Looking back at my initial post as editor in chief is a little surreal. Even then, I knew that the next twelve months were going to be tumultuous. The rise of far right rhetoric around the world hasn’t slowed down, and armed conflict seems to be skulking in the shadows, on the verge of exploding across the world stage.

I don’t want to sound fatalistic. I think it’s generally accepted that we’re at a turning point in history, not in a rhetorical sense but in a practical one. The neoliberal dream is dying, for better or for worse, and the implementation of a new global ideology will necessarily come with a certain degree of instability.

Though I may be biased, I’d like to think that the work that MIR’s staff has done this year has provided at least a modicum of fair and clear discourse in a chaotic period. I came into this position fairly wet behind the ears, and I had to learn quickly in order to accomplish a lot of the goals that I had initially set out. The online edition’s staff this year topped 80 people, and we hit a number of milestones that I think are a testament to the dedication and talent that each one of those individuals brought to the table:

This list may seem like bragging. It is. MIR’s team this year worked harder and better than I could have ever asked of them, and the results are real and tangible. On a personal level, my work with MIR has changed my career and post-graduate plans, and I can’t thank everyone who has been involved in this year’s crazy schedule enough.

I’ve been working very closely with Ben Aloi, the incoming editor in chief for next year. That handoff will formally take place on May 1st, at which point MIR’s summer team will kick into gear and continue the outstanding work that we’ve done this year, but Ben’s already been working behind the scenes to set up what already looks to be MIR’s best year yet. He has my complete confidence, and I know that he will continue to hold MIR up as McGill’s (if not Canada’s) best source for international analysis.