Yes, Cuba Is Being Blockaded 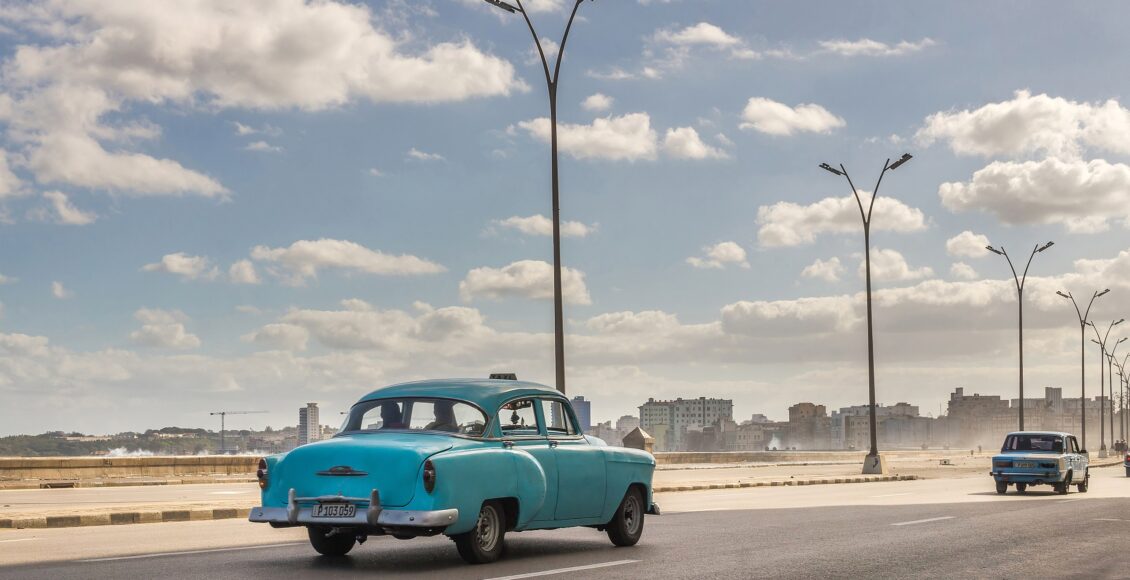 On the 11th of July 2021, reports surfaced of protests breaking out in the small Caribbean country of Cuba. These reports described worsening economic conditions on the island, causing hunger and social unrest amongst the population. This led some individuals to denounce the situation on social media; one viral post on Instagram describes a famine taking place due to the Cuban government’s “longstanding policy of starving people.” Though these reports might acknowledge a US blockade, they are quick to dismiss them as the Cuban government’s official scapegoat for worsening domestic conditions.

In reality, the consequences of this six-decade embargo are devastating. One needs to look no further than the US government’s archives to discover both its existence and purpose. A declassified document dating from 1960 describes the current political situation in Cuba and how the US can achieve its interests there. It states that “every possible means should be undertaken promptly to weaken the economic life of Cuba,” with the explicit objective of “denying money and supplies to Cuba, to decrease monetary and real wages, to bring about hunger, desperation and overthrow of government.” It also notes that such actions should be made “inconspicuous.” Despite outward appearances, this position displays no concern towards humanitarian conditions or human rights on the island while prioritizing US interests over Cuban ones.

This has not gone entirely unnoticed in the global community. Following the collapse of the USSR in 1991, Cuba’s largest trading partner at that time, the island faced particularly difficult economic conditions, which exacerbated the impact of the blockade. In 2018, the UN estimated that the embargo had cost Cuba 130 billion dollars throughout its existence. The US embargo has also been condemned at the UN every year since 1992. This year the condemnation was resounding: the only two countries to vote against the lifting of sanctions were the US and Israel.

A standard US defence is that the trade restrictions exclude food and medical supplies, and thus the Cuban government bears responsibility for shortages of these items. However, this is another false and reductive claim. The exemption was only made in 1992 by the Cuban Democracy Act (CDA) — three decades after the implementation of the blockade. It is also redundant due to the CDA’s stringent requirements for exemption, which include demands regarding the Cuban political system and a prohibition on vessels arriving in the US for 180 days after entering Cuba. The 1996 Helms-Burton act similarly strengthened the embargo on international trade. According to research by A.F. Patrick, these measures have “contributed to the worst epidemic of neurological disease” in the 20th century, as well as constituting a violation of international law.

These policies are responsible for additional difficulties during the COVID-19 pandemic. At its onset in March 2020, the Alibaba Foundation announced a plan to ship various medical supplies, including masks, test kits, and ventilators to 24 countries in Latin America, including Cuba. The shipment could not arrive in Cuba as it was deemed to have violated the regulations set by Helms-Burton.

The blockade also affects remittances entering Cuba. Since 2017, the Trump administration has placed an increasing number of sanctions on international Cuban transactions. This culminated in the Western Union’s decision to cease its operations on the island, despite being a major financial service for the transferral of remittances since 2016. The Biden administration initially voiced its intent to return to the Obama administration’s position, which would remove long-standing restrictions on remittances and travel. Yet these changes have not been enacted, with President Biden instead choosing to add further sanctions as of July 22nd — and warned of more to come.

The restrictions are so strict that they have even affected transactions bearing no relation to Cuba. There have been reports of popular money transaction apps like PayPal and Venmo flagging or freezing transactions merely containing the word ‘Cuba,’ such as references to the Cuban sandwich. These financial platforms have reason to be cautious; PayPal faced fines after being accused of allowing funds to enter Cuba among other sanctioned countries, like Iran and Sudan.

Despite substantial evidence of the US blockade’s devastating impact on the Cuban population, there remains a belief that the Cuban government has blockaded its own people. Certain articles circulated around the time of the protests support these claims. However, customs restrictions exist in and are enforced by almost every country in the world, and thus cannot be said to consist of a “blockade” in any real sense. These customs rules have no bearing on trade and therefore have no relation to shortages of specific items in the country.

Furthermore, some of the direst outcomes have been avoided thanks to, rather than despite, the Cuban government. During the 1990s, the high level of funding allocated for healthcare services allowed the country to prevent “humanitarian catastrophe” in the face of economic difficulty resulting from the embargo and the collapse of the USSR. This has continued into the present, as Cuba provides among the best living conditions in the Caribbean and even outranks the US in certain important indicators. The island has a lower childhood mortality rate than the US, a life expectancy just underneath it, and a 100 percent literacy rate. Despite the blockade on primary materials, Cuba has also developed one of the most effective (92.28 percent) COVID-19 vaccines. So far, there have been difficulties in providing it. However, these stem from its inability to acquire syringes and not the healthcare system, which has still managed to inject over 8 million doses.

The history and purpose of the blockade are important in the context of understanding Cuba’s present situation and the goals of the US in the country. While there is a general pretense of supporting freedom or democracy, this is contradicted by the government’s admitted purpose of isolating the country and its involvement in the rest of Latin America. US intervention has not resulted in positive outcomes: Guatemala, Honduras, El Salvador, Chile, Haiti, and Bolivia are a few countries to have suffered at the hands of brutal US-backed dictatorships in the region.

There is no reason to believe that the current US position has diverged from this legacy. The mayor of Miami publicly called on president Biden to consider military intervention in Cuba, including airstrikes. The relation to any humanitarian concern here is questionable. It is difficult to imagine what positive outcomes airstrikes could bring to the Cuban population. There are also calls coming from the general public: an online petition has amassed over 400,000 signatures in support of humanitarian military intervention on the island. Considering the existence of the blockade, the track record of US intervention in Latin America, and the devastation brought upon countries like Korea, Vietnam, Afghanistan, or Iraq, the legitimacy of US humanitarian concerns in Cuba deserves to be put into question. As the situation currently stands, the first thing that can be done to increase Cuban wellbeing is to end the blockade.