‘Zero Covid’: At What Cost? 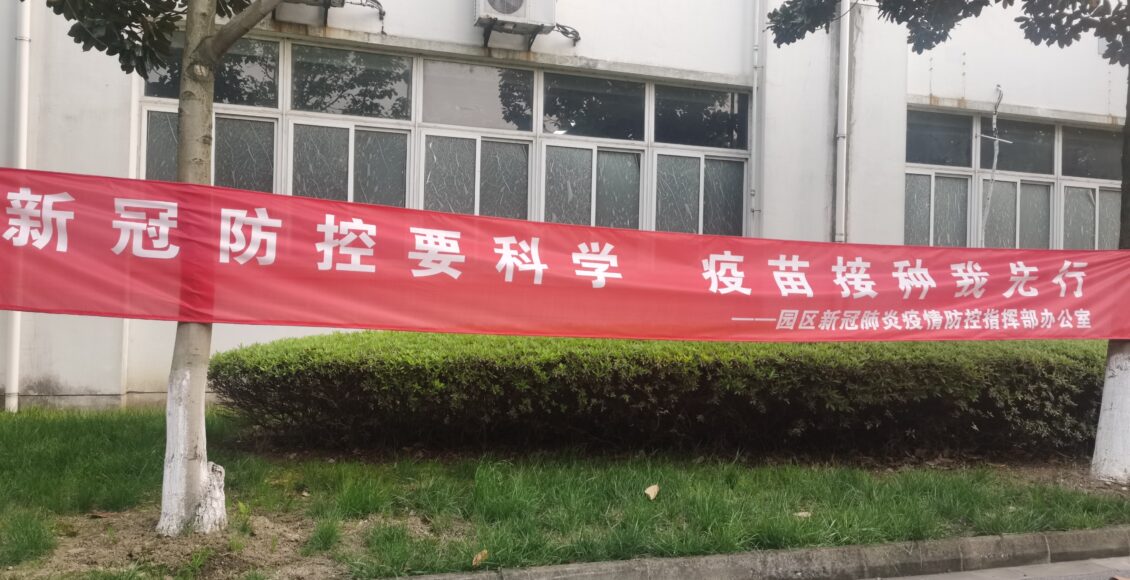 At a time when much of the world is embracing a ‘living with COVID’ approach to the coronavirus pandemic, there is one glaring exception. Since the onset of COVID-19 in December 2019, the public health policies implemented across China by the Chinese Communist Party (CCP) have represented a draconian approach to stopping the spread of COVID-19. Known as a ‘zero-COVID’ policy and dubbed “dynamic clearing” by Chinese state media, these policies entail indiscriminate and mass PCR testing, forced quarantines, and indefinite lockdowns. By location tracking positive cases, the goal is to shut down areas with even just one positive case completely. For instance, if one individual in an entire apartment block tests positive, those buildings are put on complete lockdown and forced to undergo mass testing, regardless of their contact with that individual. These strict and instantaneous lockdowns often leave desperate residents with little to no food, nor access to medical supplies and services. While the government previously relaxed the policy during parts of 2021, with the spread of the Delta variant followed by the rise of the highly infectious Omicron strain, Beijing has reintroduced a heavy-handed approach to controlling the virus across China.

While not the first, and certainly not the only Chinese city under strict lockdown, Shanghai represents the zero-COVID policy in action. The border city of Ruili, for instance, was placed in four complete lockdowns, with the longest lasting 44 continuous days. At first, Shanghai, China’s second-largest city, was subject to a more diminished and targeted lockdown strategy. But, by March 27 of this year, a significantly more extensive shutdown of the city began. Fears of being trapped for extended periods of time with little to no access to food led to panic and mass buying. Individuals with epilepsy and other life-threatening illnesses have had no access to life-saving medicine and treatment. Even though most cases are asymptomatic, this ‘zero-COVID’ policy entails the hospitalization and quarantining of all positive cases, regardless of their severity. Hospitals and quarantine centers are filled with individuals who are not necessarily exhibiting symptoms that would require such extreme seclusion. If a child tests positive, they are separated from their parents and quarantined in such a facility. One individual, who was forcibly removed from their young child, wrote, “I’m so upset … This is inhumane.” Reports of suicides are becoming more frequent as businesses suffer, and a lack of food and basic necessities leaves many feeling hopeless.

After a new round of #COVID19 screenings in #Shanghai, the #lockdown will be initially lifted in some communities with no positive cases within 2 weeks, under a strict ban on gatherings. Here are its classified prevention measures. https://t.co/uwzREnenO8 pic.twitter.com/kQssPzieNi

To put these recent lockdowns in perspective, in mid-March of this year, 37 million people were placed in lockdown across China as recorded cases rose from a few dozen to just over 5000 daily cases. This number was out of 40, 000 reported symptomatic cases during the last wave, with likely many more considering asymptomatic and untested cases. It is also oftentimes difficult for health officials outside of China to gather accurate epidemiological statistics from the country, as the CCP has not been forthright in the collection of data and information on outbreaks. For instance, the censoring of early COVID-19 whistle-blowers like Li Wenliang, a doctor at Wuhan Central Hospital whose attempts to alert his colleagues and health officials to the presence of a new virus in late December 2019 led to his harassment by authorities before dying from COVID-19 himself. This, combined with the withholding of information and setting up barriers for international investigations into the emergence of COVID-19, leads many to doubt the information emerging from China. Dr. Jeremy Farrar, director of Wellcome, a charitable organization that funds health research, says that “[w]e are very vulnerable” to mistrust and misinformation due to a lack of “cooperation and partnership” in the scientific information emerging from China.

How effective are these policies?

Economically, the effects of these mass and unexpected lockdowns could be severe. Goldman Sachs analysts estimated last month that an extended lockdown of approximately 30 per cent of China’s population could immediately lead to the country’s GDP decreasing by one per cent. Compared to Canada, where many provinces are adopting a “living with Covid” reality, China represents a stark and jarring contrast.

With the economic trade-offs so big, one wonders how effective the measures truly are in accomplishing their purported goal. Calvin Ho, a bioethicist at the University of Hong Kong, argues that “there is no off-ramp for China’s zero-COVID policy with the current vaccines.” The domestically produced Sinopharm and Sinovac vaccines have proven to be substantially less effective in producing an immune response to COVID-19 when compared to mRNA vaccines like Pfizer. For instance, the city of Tianjin has vaccinated 95 per cent of its population yet saw a large swath of the population infected and symptomatic with the spread of the Omicron variant. A China expert at the Brookings Institute, Diana Fu, argues that “[t]he Xi administration pursued a zero-Covid policy early on in the pandemic and has hung its hat on achieving this goal at all costs.” Local leaders are also spearheading these policies. Incentivized and eager to prove their loyalty to China’s President, Xi Jinping, these local governments have become strict enforcers of these strict crackdowns. As cities rush to shut down even with a minuscule number of recorded cases, the political nature of these lockdowns is indisputable. With most health officials outside of China arguing that mass lockdowns and indiscriminate testing are ineffective in stopping the spread of COVID-19, President Xi Jinping’s relentless pursuit of the policy represents a political goal, more so than a health-related one.

Why is zero-COVID being pushed by the CCP?

It is difficult to justify the shutting down of economic hubs, such as Shenzhen, where 17.5 million individuals were locked down for an entire week, beginning on March 13, 2022. One reason the CCP has pushed its “zero-COVID-19” policy is that since its inception, the government has tied the approach’s success in managing the pandemic to what it views as its superior manner of governance. Comparing China’s communist ideology with a Western mode of governance, President Xi Jinping said, “judging from how this pandemic is being handled by different leaderships and [political] systems …[we can] clearly see who has done better.” Founded by the CCP in 1931, Xinhua News is one of the largest news networks in China. It attributes Western countries’ claims that the ‘zero-COVID’ policy is compromising China’s social and economic health as largely being a case of misunderstanding the measures put forth by the CCP. Overall, this government-backed news outlet describes the efforts of the policy in the following terms: “Instead of curing illnesses, the best doctors prevent them from happening in the first place.” But this begs the question: at what cost?

The Chinese government also remains steadfast in this approach because of internal politics within the Chinese Communist Party. Although technically declared leader for life in 2018, President Xi Jinping is currently pushing for his third term at the end of 2022. Referencing the leader, a Xinhua news reporter writes that the action of “taking care of the lives and health of more than 1.4 billion Chinese people is a bigger thing than heaven.” By personally tying himself to these harsh COVID measures, their failure would directly tarnish the image of Xi Jinping’s leadership capacity to combat the virus properly.

With further and prolonged shutdowns of entire cities and varying levels of prohibition of international and domestic travel in response to relatively few COVID cases, the Chinese economy can only sustain itself for so long. With low immunity even within its vaccinated community, “zero-COVID” is likely an impossible goal. In pursuing this approach, coupled with substantially less effective vaccinations than those currently being used in Canada and the United States, the CCP is endlessly pursuing a set of shifting goalposts.

Featured image: “We are in the first in vaccination.” by Shwangtianyuan. Licensed under CC BY-SA 4.0.