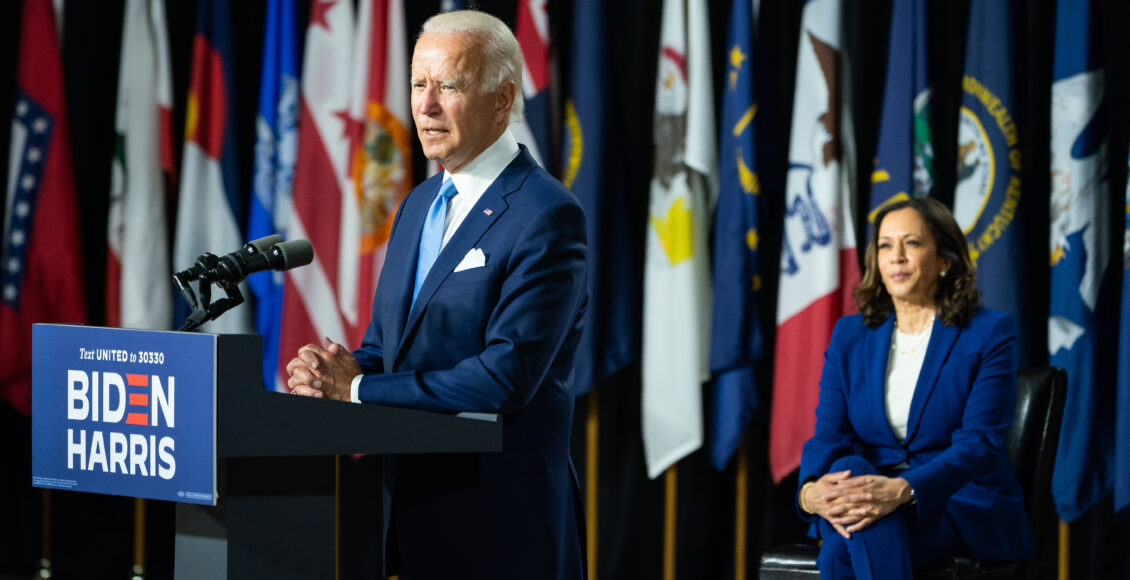 Scholars and pop culture alike often refer to 1968 as the most chaotic and defining year in American history. With high-profile assassinations, the deadliest year in the Vietnam War and widespread protests, there was a sense that America was falling apart. Add a tumultuous election and you’ve got a perfect storm. The same feeling of a nation unravelling is ever-present in 2020 for similar reasons, with the United States taken over by protests against racism coupled with the often baffling nature of the recent presidential election and the pandemic.

Of course, 1968 is not 2020; but acknowledging the differences can help us understand where we are now and indeed where to go from here.

The murder of George Floyd filled American streets with protestors, bringing to mind 1968’s civil rights demonstrations. Both times, people were furious at local governments for ignoring their needs, and images of police violence, often the most visible form of racial inequality, led people to protest. Although both movements fundamentally fought against systemic racism, their differences help us contextualize and understand the current situation.

The unrest in 2020 is nowhere near the level of disorder and destruction of 1968. The vast majority of 2020 protests were peaceful, while the more destructive and widespread 1968 riots shook American cities. The actual geography of violence is also different. Almost all of the looting and violence in 1968 was in Black American neighbourhoods, but in 2020, most clashes started and spread into wealthy downtowns. The current protests are also more interracial. In 1968, the only sizeable number of white people on the streets were those in law enforcement. Many white activists focused their energy on protesting the Vietnam War instead, but in 2020, the tear gas and rubber bullets hit people of all races protesting together.

In 2020, there was no question where the protests came from because of the increased recognition of racism in America. The proportion of Americans who think racial discrimination is a big problem increased from 50 to 76 percent just between 2015-2020. Current media coverage is also significantly more empathetic to protestors. In 1968, established institutions trusted the police and many people saw protests as riots of unruly people. Moreover, many white Americans saw Martin Luther King and the civil rights movement as moving too far, too fast. But for all of Donald Trump’s — and many others’ — attempts to demonize the Black Lives Matter (BLM) movement, support for BLM has increased rapidly.

Although the causes and background of both years’ protests were different, racism remains their common denominator. In both cases, the US was faced with its inability to build a racially harmonious society. Race relations have made enormous strides since 1968, but equality is not yet a reality, a fact made abundantly clear by the continued police brutality in 2020 and the inequality exposed by COVID-19. Despite the distinguishing crises of the Vietnam War in 1968 and COVID-19 in 2020, both movements created an atmosphere of anger and desperation that shaped both years’ presidential elections.

The 1968 election campaign was dominated by two elements: how to implement law enforcement in America’s inner cities and how to end the Vietnam war. Much like 1968, the 2020 campaign took place in the context of protests and racial turmoil. Both instances had exacerbating factors, with 2020 experiencing economic collapse from the pandemic and 1968 dominated by the Vietnam War and the assassinations of Martin Luther King and Robert Kennedy. These environments of unrest led to a familiar American campaign rhetoric: law and order.

Joe Biden’s chief strategist, Mike Donilon, explains that, with regards to law and order, “there’s a long history of these kinds of campaigns.” These candidates arise when the populace’s confidence in their society is faltering, leading them to look for strong leaders. Law and order politics in the US have typically protected institutions supporting state oppression of Black Americans; protecting power rather than people. The use of law and order is fundamentally about defending privilege as much as stopping crime, allowing candidates to resist social justice demands and stigmatize racial groups. The 1968 and 2020 elections are clear, but different, examples of these trends.

In 1968, Richard Nixon ran as the candidate in the middle claiming a commitment to both civil rights and public order. Nixon’s strategy worked by balancing his rhetoric between supporting law and order and condemning violent protests, while still conveying awareness of the conditions of Black Americans. Nixon exploited many white voters’ fears, leveraging their racist views to his advantage by coming off as the experienced candidate who would return the US to peace. But Nixon used the perception of unrest to draw people to him, rather than being himself a source of disorder.

While Trump has tried to assert a similar law and order strategy, it has not worked nearly as well as it did for Nixon, conveyed by Trump’s election loss. Nixon knew how to simulate a unifying message with more subtle condemnation of the civil rights movement while strongly advocating law and order. Trump only knows how to divide the nation. His rhetoric is filled with law and order statements, but he sticks to inflammatory language, making himself a force of disorder. Trump’s strategy is to incite fear and division, as he only offers conflict and no solution to the American people.

Some analysts argue that comparing Nixon to Trump does a disservice to Nixon’s skills as a political strategist. Nixon, at least in public, behaved with the dignity that Americans expect of a President, and he was a competent contender with experience in politics who recognized his duty to try to represent the US as a whole. These are qualities Trump doesn’t have.

Two of America’s most crucial decisions

Fundamentally, what leads to discussions of similarities between 1968 and 2020 is the sense in both years that Americans were faced with a crucial, country-defining and potentially life-defining choice: electing the president. These years share a feeling of chaos and desperation embodied in the sense of America coming apart at the seams. In 1968, Americans were choosing who would decide their policy towards the Vietnam War, while in 2020, they decided who would carry them through the COVID-19 pandemic. Both times, Americans decided who would lead their country’s racial policies.

I did not live through 1968 and can not personally grasp the disorienting effect of the Vietnam War, domestic civil unrest and loss of dreams with Martin Luther King and Robert Kennedy’s assassinations that many eyewitnesses describe. But I have lived through 2020, the pandemic and all four years of Trump’s presidency and have personally never experienced a time that so drastically upended my sense of normalcy and what is right. The problems are not solved, but the elections of Biden and Kamala Harris offered an enormous sense of relief to a majority of Americans after four years of tension and exhaustion coming to a head in 2020.

With the similar factors of protests against racism and a defining election, these years can be distinguished in order to understand our present and how we got here. Even with the feeling of chaos that these years share, we can understand that 1968 is not 2020, but that discerning the two and discussing their events can help us understand where we are now. And, with Biden and Harris, I hope we are going somewhere better.

Featured image by Biden For President licensed under CC BY-NC-SA 2.0