Administrative Overload in Our Declining Universities 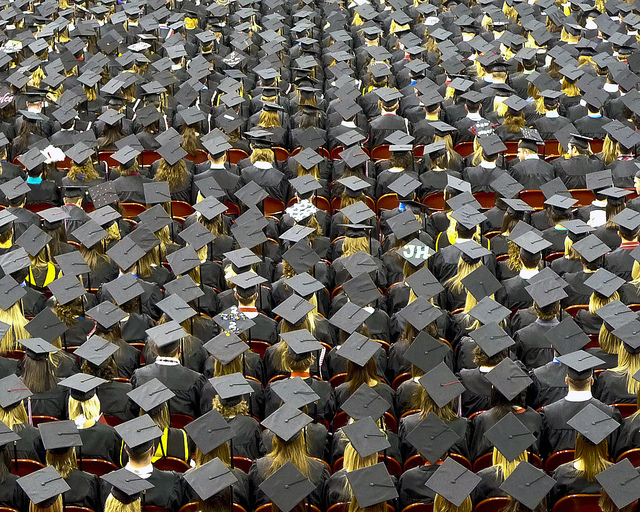 “Collateral damage”, “War on Terror”, or the much more pleasant “National Conversation”: that they cannot be digested or broken down is what has made these euphemisms so useful for politicians. They should be vomited out of our vocabularies. But just as politicians have discovered the value in saying next to nothing, so too have administrators learned to dim our wits with the claims to open-mindedness, to civility, that are so regularly used to make flaccid the very pulsing minds of students and academics alike. Take, for example, the now infamous case of Steven Salaita. 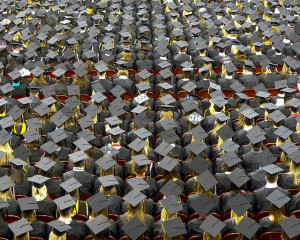 Salaita was fired from the University of Illinois for his tweets condemning Israel and the 2014 bombing campaign against Gaza. “What we cannot and will not tolerate at the University of Illinois are personal and disrespectful words or actions that demean and abuse either viewpoints themselves or those who express them,” said then chancellor Phyllis Wise in an open letter defending the board’s decision to fire him, nursing a very open wound that would produce an insurrection of staff members, a national embarrassment, and her eventual resignation. But from whence did Ms. Wise and her board receive the inspiration to rescue Salaita’s potential students in the American Indian Studies Department from his uncomfortable politics? Some might chance to argue that it came in the form of a letter from the Wiesenthal Center – a wealthy and influential pro-Israel lobby which had recently given an award to one of the university trustees – a letter that begged Illinois to “reconsider” Salaita’s appointment.

But Wise would disagree. With unparalleled open-mindedness and concern for the “welcoming atmosphere” she had worked so hard to create, she concluded her defense of the board’s decision with a heartfelt piece of prose, claiming her job was to “support our collective duty to inspire and facilitate thoughtful consideration of diverse opinions and discourse on challenging issues.” Such eloquence belongs on the tombstones of poets.

These dead attempts at obfuscation do not often land so squarely at the center of divisive politics, and as a result do not amount to much in the news. They should. Universities have long been busy shifting the bulk of funding from academics to school administrators, opening the floor to bids from corporate lobbyists and special interest groups. While they’ve been cutting back on professors, schools have been hiring new “assistant to the assistant” deans so that over the last twenty five years the ratio of administrators to academics has doubled. At U.S. public universities there are now two non-academic staff members to every one full-time academic. Two and a half at private schools. Underpaid associate professors are replacing full-time scholars as a quick fix to school finances. The regular three-figure salaries distributed among deans and the circus of contortionists and titular counselors who attend to them must be compared to the average full-time humanities professor, who makes just over $80,000.

Administrators like Ms. Wise, who made over $500,000 before resigning in favour of a much more modest faculty salary of $300,000, do not care about the state of the humanities, much less about academic freedom. And as they turn philosophy departments into wastelands of nomadic teachers, they occlude the goals of real education with talk of togetherness and “collective duty”.