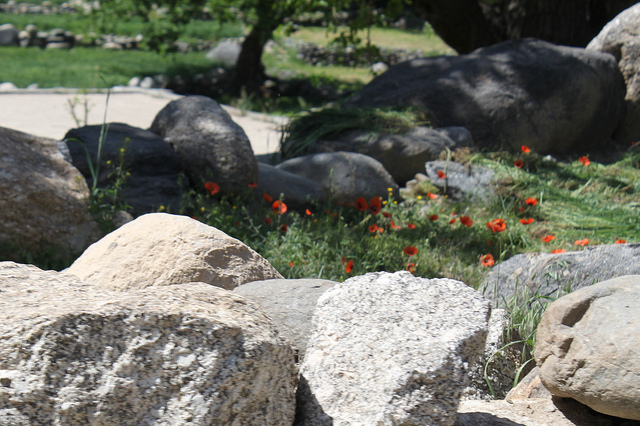 For fourteen years, beginning in 2001, the U.S. fought a war on two fronts in Afghanistan: one to destroy the Taliban, the other to destroy the world’s largest supply of opium. In the first case, it was initially successful in helping Afghanistan’s Northern Alliance to beat the Taliban into temporary hiding and to set up a rickety government, only to watch the country fall into corruption and sectarian chaos as the years rolled by. But the figh 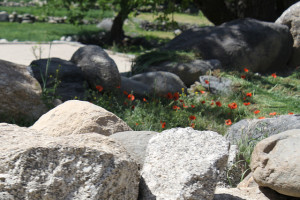 t against opium was the true failure. The installation of the Northern Alliance government led to the return and exponential increase in production of the crop, which today is used to make some 85% of heroine on the world market. The short-lived Taliban government, as it turns out, was the only government ever to successfully stop opium production – by threatening to kill poppy farmers.

Production has expanded since then because both sides profit. The Northern Alliance government was essentially a reinstitution of the same feudal structure that existed before the Taliban, with many of the same local barons back running the racket once more despite the ostensive anti-opium policies of both recent administrations. The Taliban, too, according to Wednesday’s New York Times, has long since revised its ban on opium cultivation, and has in fact sustained itself over the last decade by way of a heavy tax on the opium produced within its areas of control. Economically it matters little to peasant farmers which side controls their land; in the case of either a government-appointed baron or the Taliban they pay a steady tax on a plant that earns them three times the profit of wheat or cotton.

The U.S., which remains active in Afghanistan despite the official end of the war, has publicly adopted a policy of “eradication”. However, as Mike Whitney points out, a real crackdown on government-controlled poppy fields would risk driving the farmers in this fragile balance into the hands of the Taliban. And the local barons, whom Whitney describes as “warlords”, are in many ways the only point of contact for the U.S. in the rural areas in Southern and Eastern Afghanistan – the places most vulnerable to Taliban encroachment. As a result, opium production in Afghanistan has soared ever since the U.S. first arrived.

America’s original role in Afghanistan becoming a single-good economy is no secret. In the early 1980s the U.S. helped Afghanistan to capture 60% of the world’s heroine market, in order to help fund the mujahedeen’s fight against the Soviets. This was a replication of the C.I.A.’s policy in Indochina two decades earlier, where profits from the catalyzed exportation of heroin in the “Golden Triangle” were again used to fund anti-Soviet groups. “War by drugs” would perhaps have been a more accurate slogan for these times.

As it stands, the opium “taxes” in government-controlled provinces go mainly to the local baron in the area, according to the same New York Times article. While the Taliban systematically reaps a reward on one side, the government must maintain a face-saving opposition to the plant that sustains its economy. Although higher level government officials occasionally extract bribes or get campaign donations in exchange for turning a blind eye, the government cannot legitimately make tax revenue on its most lucrative export because it is technically supposed to be combating its illegal production.

In the 1960s, Turkey was supplying most of the heroin to the West. After licensing the cultivation of the crop and legalizing its exportation for the production of morphine and other painkillers, however, Turkey turned its opium market into a legitimate, 60 million dollar farming system. If the Afghan government were able to make this transition it would open up a hugely profitable vein of tax revenue that could be used to support the central government, instead of to keep a handful of local barons in power. It 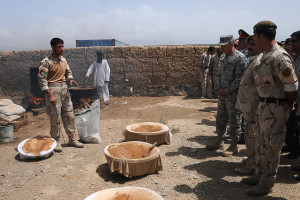 would end the ridiculous feudal system that is crippling the government and making the country more vulnerable to the strengthening Taliban, which is efficient by comparison.

Reza Aslan said in a 2008 article that the U.S. wouldn’t make this proposal for fear of contradicting its “war on drugs”. Legalizing opium production would take the bulk of sales out of the black market and deal a significant blow to the international drug trade. But the Bush Administration wouldn’t go for it, despite the expressed interest of the Afghan government. Aslan was writing in 2008, when the U.S. still had combat troops in Afghanistan. Since then the Americans have left, but the Afghan policy has stayed the same. Despite physical absence, however, the U.S. supplies billions of dollars in military funding every year. It is therefore no great leap to assume that opinions in Washington still play a role in the Afghan government’s trepidation.

By ignoring the opium problem and treating it with the inane and failed policy of “eradication”, the U.S. is weakening the Afghan government’s capacity to fight against the Taliban. “The opium crisis in Afghanistan is not a drug enforcement problem, it is a national security issue,” said Aslan, “Licensing and regulating poppy cultivation would not only create stability and economic development, it could sap support for the Taliban and help win the war in Afghanistan.” Although most in the U.S. see that war as having been a disaster, and are happy to be gone, it continues without them. It falls to Washington to help reform the Afghan economy, and to end the absurd “war on drugs” which has failed so miserably in every way.