An Open Letter to Ismail Haniyeh and Yahya Sinwar 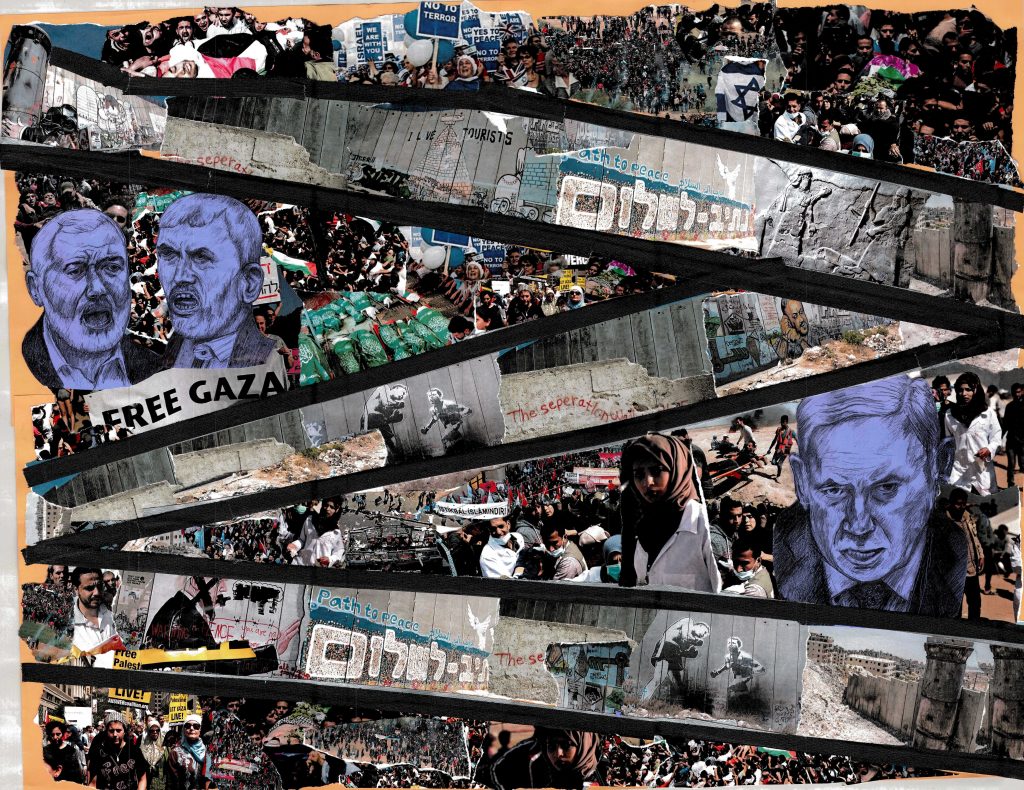 I am writing this letter to you in the wake of the latest confrontation between Palestinian demonstrators and the Israeli military that tragically resulted in the death of 120 Palestinian youth. I maintain that all this bloody mayhem could have been avoided had you concluded long ago that the solution to the Israeli-Palestinian conflict rests on ending all violence and no longer perpetuating demands such as the right of return, knowing that this will never come to pass.

Time and circumstances have changed but you remain stuck in the past, unwilling to change your strategy. Sadly, you still believe that being militant and uncompromising is what will restore your rights, however misguided and unrealistic that may be, and regardless of the fact that your people are growing intensely unhappy with your leadership.

You must bear the responsibility for the deaths of so many because, notwithstanding Israel’s disproportionate and horrifying response, you knew that such a call for border protests would result in many demonstrators being killed. Your strategy toward Israel is bankrupt and has done nothing but severely damage the Palestinian cause while inflicting horrible pain and suffering on the multitude of young and old to no avail.

You find comfort in illusions of destroying Israel, but they are just that—illusions which have led you nowhere. You are besieged from the inside and outside, living on handouts with rampant and devastating unemployment, wide-spread poverty, hopelessness, and mutilating despair.

You have harnessed the Palestinians’ despair and instigated the youth to tear down the fence separating Gaza from Israel under the banner of the right of return. Whether the Palestinians have such a right or not is no longer relevant under the current state of affairs. No Israeli government, regardless of its political leanings, will allow the Palestinians to return en masse as this will obliterate the Jewish national identity of the state, which nearly all Israelis want to safeguard at all costs and under any circumstances.

Moreover, the right of return of the “Palestinian refugees” living in Gaza and the West Bank has been completely misinterpreted over the years. The Palestinians, however, chose to perpetuate the narrative of the right of return because they wanted to keep the issue of the refugees alive and justify their claim to the entirety of mandated Palestine.

Every Palestinian in Gaza is living in his own homeland, unless you consider Gaza not to be a part of Palestine. As such, the Palestinians in Gaza are not refugees by any definition. They are internally displaced, and the solution to their dismal situation lies in resettlement and/or compensation. What you have done is send your youth to death under the false banner of the right of return only to score public relation points.

You criminally mismanage your financial resources. Instead of building clinics, schools, industrial parks, infrastructure, and housing which are all desperately needed, you squandered over a hundred million dollars to build tunnels, buy and manufacture weapons, and train militias. Tell me, what end would this satisfy other than your hollow pride?

Yes, you can fire hundreds of rockets at Israel, and kidnap or kill a handful of Israelis. But you are not now and will never be able to win any military confrontation with Israel—only suffer terrible human and material losses, which you know well from past encounters with Israeli forces.

You cannot demand the lifting of the blockade and in the same breath call for Israel’s destruction. You cannot resort to the use of force and buy weapons, and expect Israel to ease access to and from Gaza.

You cannot inflame the public by spreading poisonous propaganda only to nurture hate toward Israel, and expect the Israelis to believe that you will ever be willing to coexist with them peacefully.

You cannot spend millions of dollars on military preparation while denying your own people basic necessities—food, drinking water, and healthcare—and blame it on the blockade.

You cannot claim to be victimized by Israel when in fact you have been passing that sense of victimhood from one generation to the next, subjecting your people to a life of indignity and despair.

You are corrupt not because you steal money, make shady deals, or live a lavish life at the expense of the poor. You are politically and ideologically corrupt because you continue to promote policies and an ideology that instigates violent resistance while making false promises that the day of salvation is near. However, the innocent – young and old – are paying the price.

The clock is not ticking in your favor. The Arab states have largely abandoned you. You are still labeled as a terrorist organization by Western powers. You are provided a meager assistance by Iran to battle Israel from the south, only to be exploited to serve Tehran’s own interests in its confrontation with Israel.

You are blockaded by a sister Arab state—Egypt—because of your continuing violent extremism and religious zealotry. You are supported by Turkey’s President Erdogan, but he is only using the Palestinians’ plight in Gaza to serve his own sinister agenda as the champion of Muslim causes.

You have stated on a number of occasions in the past that you are willing to establish a Palestinian state with borders based on the 1967 ceasefire line. Why not make this the official policy of Hamas?

You must accept Israel’s reality because there will never come a day when you will have the capacity to wage a war and win. Israel has and remains the mightiest regional power and any serious existential threat by any country will be suicidal.

What you must do now is take all the necessary measures to change the dynamic of the conflict and do so gradually but consistently to demonstrate to the entire international community that you intend to bring the conflict with Israel to an honorable end by taking the following measures:

Aim for the removal of the stigma of being a terrorist organization, especially by Western powers, by forsaking violence and pledging to work toward a two-state solution, which the West still strongly supports.

Stop your poisonous narrative against Israel, which plays directly into the hands of its right-wing political parties, allowing them to make a convincing argument that, notwithstanding your occasional overture in support of a two-state solution, you are committed to Israel’s destruction.

Engage in a process of reconciliation first to nurture trust which is sorely lacking, and leave to a later date solutions to the major conflicting issues, including the ultimate future of Jerusalem, the disposition of the settlements, and final borders.

End the futility of rehashing the past, which only misleads the public, reinforces wrong assumptions, raises false hope, and promotes hostilities instead of reducing tensions, suspicion, and distrust.

Terminate the building of tunnels and the procurement of weapons to save money to undertake scores of public projects, which will also demonstrate to the Israelis your seriousness to reach a just and sustainable peace accord for which your people have been yearning for decades.

Offer a better future to the new generation, who dream of freedom, of opportunities to grow, and of living a better and more productive life than their parents with pride.

In the end, Mr. Haniyeh and Mr. Sinwar, you and successive Israeli leaders have made many fatal mistakes by missing repeated opportunities to end the conflict and accept the inescapable reality that you are both condemned or decreed to coexist in one form or another.

Why not choose peace and amity now, instead of self-destructive policies that have done nothing but set back the Palestinian cause for two generations? There will be no prospect for better days unless you recognize that while illusions offer some temporary comfort, the Palestinian people are exhausted and no longer want to live and die by holding onto pipedreams.

Part one of Dr. Alon Ben-Meir’s open letters can be found here