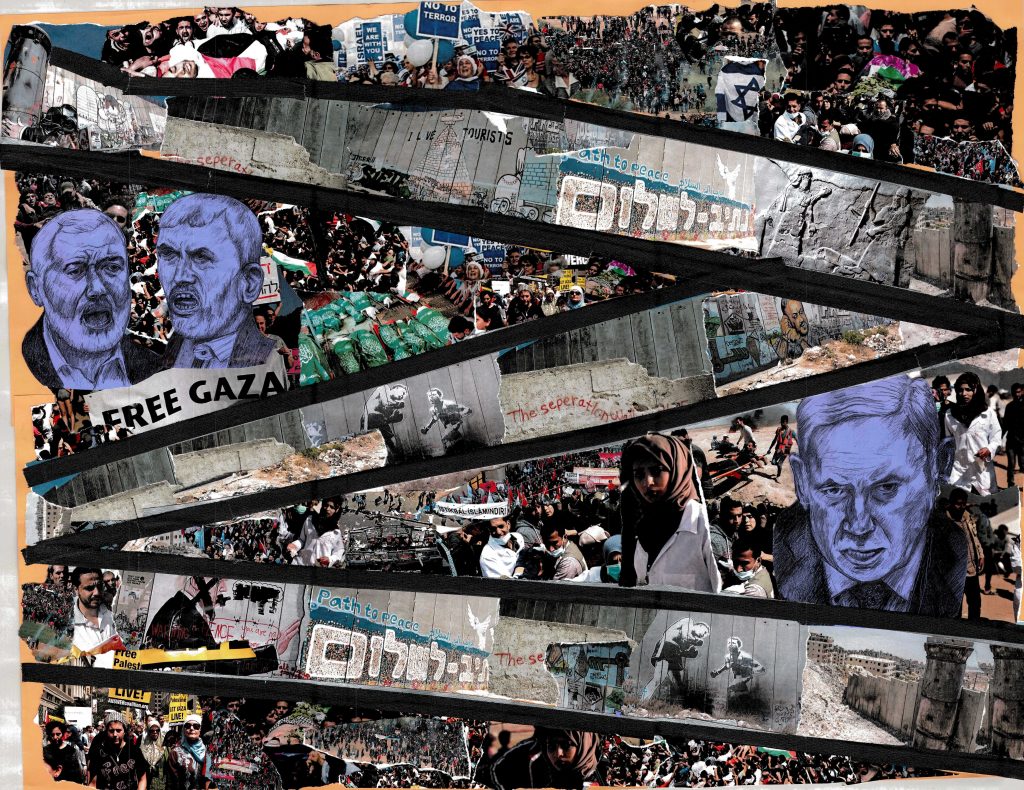 The latest demonstration of Palestinians along the Gaza border with Israel that turned violent was no surprise to me or perhaps to a multitude of Israelis and Palestinians as well. This tragic confrontation that resulted in the death of 120 Palestinians was not the first and will not be the last. Israel has waged three wars against Hamas and countless retaliatory strikes, and yet nothing has fundamentally changed.

The sad thing is that nothing will change unless Israel accepts the reality that Hamas is the governing authority in Gaza, with whom you must come to terms to bring an end to this unabating tragedy. Your policy toward Gaza has and continues to be containment, but to what end? Hamas is a reality that you cannot change—yes, you can decapitate its leaders, but new leaders of the same ilk will rise.

These leaders may well be far more extremist, ready to make even greater sacrifices knowing that no matter how much force you use, you will never prevail in subjugating two million Palestinians indefinitely. They will rise time and again and die because for them, dying with honor is better than living in servitude at the mercy of what they view as a detestable power which has lost the last vestiges of moral accountability.

When they wake up, they feel hopeless. When they retire to sleep, helplessness sets in. They are living in fear and trepidation, with no better day on the horizon. For them, freedom is just another word. They do not see themselves as militants or terrorists, they see victims—victimized from the day they were born. Prisoners of time—prisoners of a bitter fate, caring less about who is right or who is wrong. They yearn for a normal life—life with dignity and pride.

You, Mr. Prime Minister, have skillfully brainwashed most Israelis to believe that every Palestinian is a terrorist, that Hamas is the incarnation of evil whose sole aim is the destruction of Israel. That Hamas is irredeemable, that they understand only the language of force. You deliberately want the conditions in Gaza to simmer to justify your extreme policies to keep Hamas at bay and the Israeli public living in fear.

You are a fearmonger, hungry for power, and sadly most Israelis fell into your trap. They became complacent, indifferent, and unmoved by the horror unfolding in front of their eyes, but at a loss how to explain to their children fifty years of occupation and deprivation with no end in sight. The killing of a 21-year-old Palestinian nurse symbolizes the dark side of the ongoing conflict. Despite her medical vest, to an Israeli sniper she was just another target who was killed trying to save the life of a fallen demonstrator.

It is time for reckoning, time to face the bitter reality—the reality of Hamas and two million Palestinians who are there and going nowhere. Your policies toward Hamas and the senseless killing of Palestinians has brought nothing but international condemnation. You are making Israel a pariah state, ruthless, self-absorbed, and immoral.

It is time to be realistic and face the truth, time to think about Israel’s future, time to change the dynamic of this struggle. It is time to chart a pathway that could bring an end to a consuming and debilitating conflict which is undermining Israel’s security and eroding its social fabric and moral foundation.

It is time to treat Gaza as a separate Palestinian entity—an entity with which Israel can, indeed must, live in peace as good neighbors, cooperating and thriving and progressing together. No, this is not a pipedream. There is not a single Palestinian in Gaza who believes that Israel can ever be destroyed. Every sworn Hamas member knows only too well that Israel is here to stay and that the quality of their life, long-term prosperity, and security depend on Israel.

It is time for every Israeli to also realize that as long as the Palestinians live under blockade, deprived of basic necessities, living in anguish and fear with little prospect of better days ahead, Israel will not know a day of real peace.

It is time to treat Hamas not as a terrorist organization but as a governing body in control of two million Palestinians. You repeatedly said that Israel does not negotiate with terrorists, but you have been negotiating with Hamas directly and indirectly. You have been supplying Gaza with electricity, fuel, building materials, and medical equipment, and allowing foreign powers to provide Hamas with an array of commodities and financial assistance.

You have quickly accepted Hamas’ offer of ceasefire because you wanted to focus on the Iranian threat. Remember this, as long as the conditions in Gaza do not improve, it is only a question of time when the next violent eruption will occur. The Iranian threat is a long-term threat, which of necessity requires addressing the combustible dire situation in Gaza—and in so doing you distance Hamas from Iran, rather than bringing them closer.

You have been demanding that Hamas must first surrender its cache of weapons before Israel lifts the blockade. Hamas rejected this demand because it is tantamount to surrender before they even start the negotiations. What is a right and necessary demand is that Hamas must first renounce violence and cease all hostilities (Hudna), which they will develop a vested interest in maintaining as long as they reap immediate and continuing benefits, creating an atmosphere of calm and mutual trust that could lead to peace.

A process of quid pro quo should be established, where a reduction or destruction of weapons by Hamas will be reciprocated by further easing of the blockade. Both sides need to agree on a negotiating process, the purpose of which is to first establish a permanent ceasefire, build trust, and finally bring about a gradual and complete lifting of the blockade. This will, over a few years, provide the foundation on which to build a permanent structure of peace where all other conflicting issues can be settled.

This is the most realistic approach, because unlike the West Bank, Israel does not want any part of Gaza nor does it want to establish a security apparatus in Gaza such as the one that exists in the West Bank. In fact, it’s in Israel’s best interest to deal with Gaza as a separate entity from the West Bank. In any case, Hamas and the Palestinian Authority have little in common. They do not see eye-to-eye neither ideologically nor politically, and by separating them in the pursuit of peace, you would also facilitate negotiations with the Palestinian Authority.

You as well as Hamas’s leaders are trapped in your old and tired narrative, blaming each other for the impasse and refusing to come to grips with reality. Indeed, the past cannot be put on trial, as neither Israel nor Hamas can right the wrongs of yesterday and must accept each other’s reality, as neither can wish it away.

You, Mr. Netanyahu, have a solemn responsibility to end this conflict because not a single Israeli or Palestinian should die in a blood-soaked conflict that has not and will never yield any tangible or lasting gain for either side.

You will either be remembered as the Prime Minster who made Israel a strong and prosperous powerhouse at peace with its Palestinians neighbors, or a power that lives by the gun plagued by moral decadence with an uncertain future. What legacy you leave behind is for you to decide.

Dr. Alon Ben-Meir’s open letter to the Hamas leadership can be found here