Who will succeed Angela Merkel? 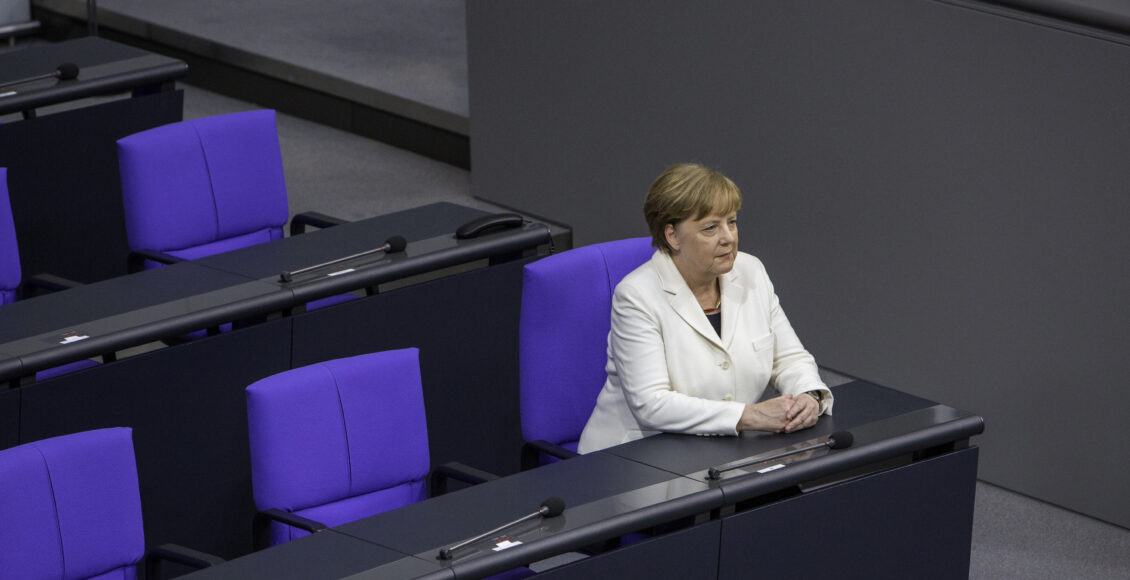 For the past 16 years, Angela Merkel has led the largest economy in Europe through successes and crises as Chancellor of Germany. On September 26th, 2021, the Mutti (Mother) of a nation will have to give way to her successor. The next Chancellor will face the immense challenge of replacing the longest-serving leader in the European Union and one of the world’s most respected and powerful people.

Angela Merkel’s special relationship with Germany’s allies was highlighted on an emotional visit to the White House in July 2021, Merkel’s last as Chancellor. There, U.S. President Joe Biden described her as a “personal friend, as well as a great friend of the United States.” Such a relationship was built through years of constructive rapports with four American Presidents, from Bush to Biden.

Germany’s next Chancellor will be elected by the Bundestag (Federal Parliament) after the Members of Parliament are elected in September. Three candidates appointed by their respective parties have a realistic chance of winning the elections and replacing Angela Merkel.

Armin Laschet is currently the Premier of the German state of North Rhine-Westphalia and the current leader of the Christian Democratic Union (CDU), a position held by Merkel from 2000 to 2018. Laschet is the common candidate of the Union parties, made up of the CDU and the Christian Social Union in Bavaria (CSU). While Angela Merkel has promised to remain neutral in the elections, Armin Laschet’s candidacy symbolizes stability and the status quo from Merkel’s party.

For example, both Laschet and Merkel favour the Nord Stream 2 project, which aims to connect Russia to Germany through a gas pipeline under the Baltic Sea. Joe Biden expressed his opposition to the Russian-sponsored operation when meeting Merkel in Washington, as he believes the Nord Stream 2 pipeline would deepen Europe’s dependence on Russian energy.

As the gas pipeline will be completed before the elections in September, other candidates for the chancellery have voiced their opinions on the matter. Annalena Baerbock, co-leader of the German Green Party, brought forth the possible security threats for Ukraine as justification for her opposition to the project. Indeed, the Nord Stream 2 pipeline would bypass Ukraine’s traditional role as a gas transit country and thus encourage a possible Russian invasion of the Eastern state in light of increased military presence in the region since the 2014 annexation of Crimea.

In addition to Germany’s energetic ventures, other current environmental events have launched Baerbock into the spotlight. Since July 12, 2021, Germany and several other European countries have experienced devastating floods, killing at least 180 in Belgium and Germany alone. This natural disaster has emphasized the need for immediate climate action, a topic central to the Greens’ electoral program.

If Annalena Baerbock wins the elections, the forty-year-old vows to cut greenhouse-gas emissions by 70% (compared to 55% today), double the current carbon tax rate, and accelerate the closure of coal-fuelled power plants. Germany’s recent experience with the consequences of climate change has turned the Greens into a realistic alternative to the incumbent CDU/CSU Union parties and the relatively unpopular Social Democratic Party (SPD).

While three out of Angela Merkel’s past four governments have included the SPD, and although the party’s candidate Olaf Scholz currently serves as finance minister and vice-chancellor, the SPD is struggling behind the CDU/CSU and the Greens at 17% in the polls. In recent years, it has made heavy concessions to be a part of Merkel’s ‘grand coalitions,’ which has alienated the party’s traditional working-class base. In fact, the SPD has lost almost 600,000 members in 30 years and is struggling to rise back up after its failure in the European Parliament elections of 2019.

Though the floods have benefitted Annalena Baerbock, they did not equally impact the other candidates. As Premier of North Rhine-Westphalia – one of the worst-hit German states – the natural disaster tested Armin Laschet’s crisis management abilities. However, the conservative candidate did not live up to expectations, as he was found theatrically laughing at one of the wreckage sites. A positive image is crucial to winning votes in any election, especially when replacing an excellent crisis manager like Angela Merkel.

Fortunately for Laschet, Baerbock has also been no stranger to gaffes during her campaign. In June, it was found that her CV contained inconsistencies after she was accused of plagiarism in her new book, published ahead of the elections. These scandals cost the Green Party their leading place in the polls in April 2021 – the reward of a long-time political strategy change – setting them back to a position seven points behind the Union parties in August.

Regardless of who replaces Angela Merkel as Chancellor of Germany, the next government will certainly consist of a coalition. As the polls indicate, neither the CDU/CSU, the Greens, or the SPD will form a government without collaborating with their opponents. This trend has been confirmed in the past, as the inevitability of coalition-building is rooted in Germany’s mixed-member proportional representation system.

However, Olaf Scholz has no interest in a coalition. Many have criticized the SPD for its role in Merkel’s past government, which has eroded voters’ trust. Yet another ‘grand coalition’ with the CDU/CSU would further weaken the party’s overall image and relegate the SPD to an eternal junior partner.

On the other hand, a coalition would benefit Annalena Baerbock. With 19% of Germans planning on voting for the Greens, they are favourable to creating a coalition government with either the Union parties or the SPD. While Baerbock’s party may not win the elections, it will likely be part of the next government.

On September 26, 2021, the Germans will take to the polls to elect their next Chancellor. Whoever wins the election between Armin Laschet, Annalena Baerbock, and Olaf Scholz will bear the responsibility of succeeding Angela Merkel. As the point of no return approaches, one thing is left to be said: ‘Auf Wiedersehen, Mutti.’

Featured image: “Wahl der Bundeskanzlerin” by linksfraktion is licensed under CC BY 2.0