The Benefits of the Colombian Peace Agreement So Far 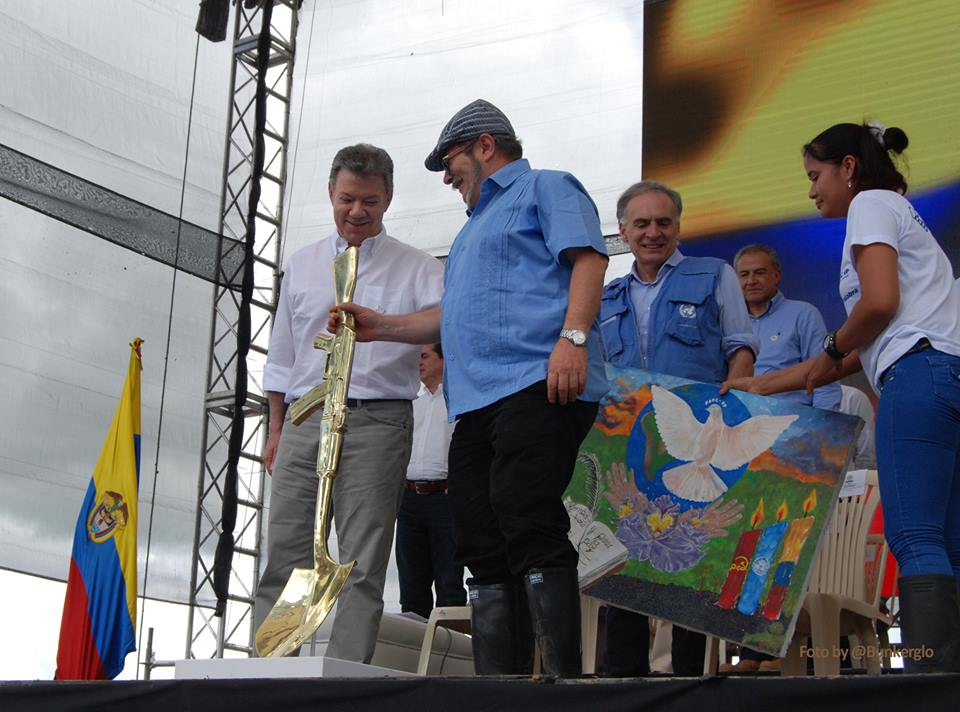 Featured Image: President Juan Manuel Santos and FARC leader Rodrigo Londoño during the ceremony of the demobilization of the FARC.

The implementation of the Colombian Peace Agreement has not been as fast or as effective as one would have hoped. As of January 4, 2018, only 18.3% of the agreement has been implemented according to the Observatorio de Seguimiento (Monitoring Observatory). This agreement, which was signed by the Colombian government and the FARC insurgency guerrillas after at least four years of intense negotiations in La Havana, Cuba, has six points. The fourth of these points is the Solution to the Problem of Illicit Drugs. This point describes the elements of a National Integral Program of Substitutions of Illicit Cultivations (PNIS), which will “promote the voluntary substitution of cultivations of illicit use through the impulse of municipal integral and communitarian plans of substitution and alternative development” (p. 105 0f the Agreement).

The PNIS is to be implemented in concordance with the Integral Rural Reform (RRI) that is described in the first point of the Agreement. The RRI seeks to “achieve the democratization of land access” to benefit peasants (particularly female) with or without insufficient land and “the rural communities most affected by misery, abandonment and the armed conflict”, regulating property rights and promoting an equitative distribution of land (p. 14 of the Agreement).

The National Agency of Lands (ANT) was created by the Government on December 7, 2015. The goal of this agency is to “consolidate the new institutionalization that will respond to the challenges of the post-conflict” in accordance with the demands of the Peace Agreement. This agency seeks to guarantee that peasants have legal access to land. Furthermore, it seeks to ensure that peasants are using the land adequately, in ways that are beneficial both socially and environmentally.

According to Miguel Samper, director of the ANT, “the majority of peasant families that plant cultivations of illicit use are not the proprietors of the lands that they work on. Because of this, the ANT has designed a special program of (land) formalization for 7,300 families that have, we know, maintained their farms free of coca during the last years.”

Putumayo is a department of Colombia, located next to the borders of Ecuador and Peru. In Putumayo, the ANT gave titles to 60 families so that they can formalize their properties. These 60 families were beneficiaries of these titles because they stopped planting coca and began planting legal cultivations in 5 municipalities.

In 2017, according to the Government, 123,000 families signed collective agreements to voluntarily substitute illicit plantations. Furthermore, the first payments for nutrition assistance were given to 28,660 family nuclei involved in the eradication of their coca plantations.

Despite the slow implementation of the agreement, some progress has been made, proving that the hard work accomplished by the negotiating parties in La Havana, Cuba between 2012 and 2016 was not in vein. Hopefully, the implementation of the peace agreement will continue to follow this route, albeit with a much faster pace and avoiding fiascos like the one that took place in Tumaco last year.