Between Two Giants: How Three Island Nations Control the Pacific 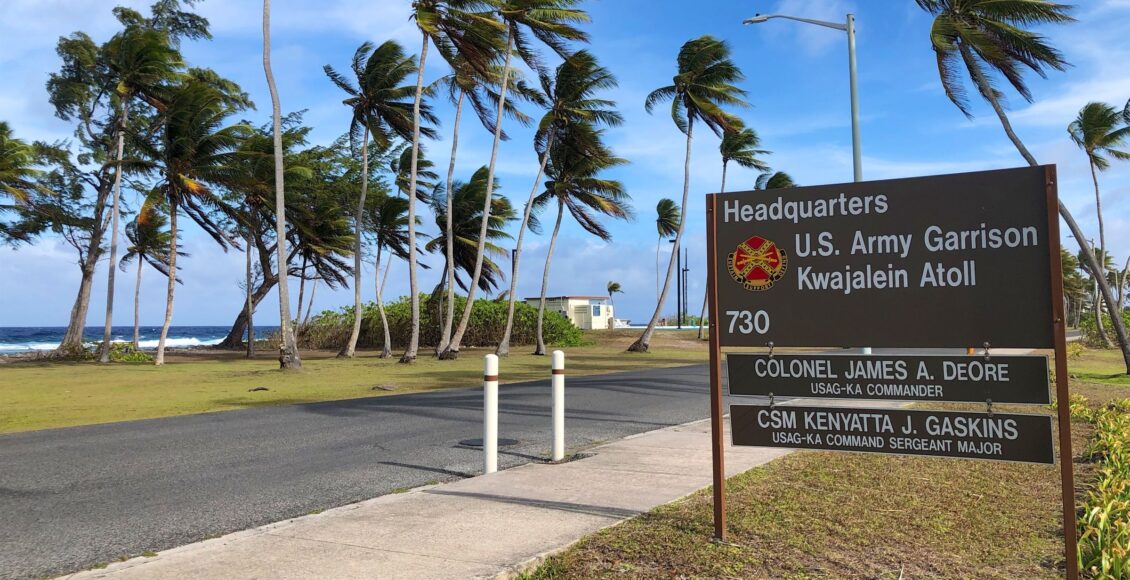 The nations in the Pacific Ocean are defined by their picturesque views and geographic isolation, with states like Vanuatu and Fiji possessing economies dependent on the large swaths of visitors that flock to their resorts every year. Because of this innocuous reputation, many island countries in the Pacific Ocean are relegated to the periphery of international geopolitical relations.

However, the cases of the Marshall Islands, the Federated States of Micronesia (FSM), and Palau are quite unique. Although the three nations possess a combined population of barely 200,000 — less than half of the state of Wyoming — they receive millions of dollars every year from the United States (US) as part of the little-known multi-billion dollar bilateral agreements collectively known as the Compact of Free Association (COFA). The three nations also receive special immigration privileges, access to governmental agencies, duty-free trade, military protection, access to healthcare, and a plethora of other diplomatic and economic advantages from the US. The COFA and its members have been catapulted to the forefront of American foreign policy, with recent calls for renewed negotiations from US lawmakers.

Why does the US care so much about three of the world’s smallest, most remote nations? The answer is that it doesn’t — at least, not outside the bubble of preserving US imperialism against a rising Chinese threat.

US involvement in the Marshall Islands, the FSM, and Palau can be traced back to World War II when US forces captured the territories from Japan. The nations became independent in the early 1980s, and the terms of the COFA agreed upon: in return for the aforementioned benefits, the US gained exclusive rights to station troops, construct military facilities, and engage in all other “activities and operations necessary for the exercise of its authority and responsibility.” Though officially sovereign, the nations with COFA agreements have lands that are strategically occupied by US troops and are still tethered to the will of the US due to the large amount of aid provided by the Americans.

In this way, the COFA is a continuation of Washington’s exercise of imperial control over the islands. Because there are few consequences for not holding up its side of the agreement, the US can scale back terms while still using the islands as military facilities. This is precisely what happened when Congress excluded the islanders from the expansive reforms of Medicaid for 25 years, as well as their failure to properly address the nuclear history of the Marshall Islands.

Disregard for the people of the FSM, Marshall Islands, and Palau by the US is nothing new. Immediately after taking the territory from Japan, the US established labour camps and military bases in the Marshall Islands, forcibly displacing native populations to smaller, less habitable islands. More egregiously, the Marshall Islands became a testing site for nuclear and biological weapons under US control, causing coral bleaching, increased outbreak of diseases, and irradiated land on the Enewetak and Bikini Atolls. A large concrete structure known as “the Tomb” houses much of the contaminated waste and soil inside; however, rising tides have caused water to seep into the ground beneath the dome, creating the very real risk of breaking open the structure. With cancer rates in the Marshall Islands at an already “extreme” level since the American occupation, the leaking of 3.1 million cubic feet (87,800 cubic meters) of waste would only exacerbate the health issues spawned from nuclear testing.

For the US, however, the most important consequence is not the health problems or nuclear legacy in the islands: it is the declining lack of trust held by nations in the COFA. The FSM has expressed some concern over its relationship with the US. Given the history of forced displacement and hidden information, the Marshall Islands continue to be wary of US promises.

With the expiration of the COFA rapidly approaching, the US is scrambling to return their attention to the nations for one main reason: China. As a result of heightened tensions with the US in what some call a “New Cold War”, China has turned its attention towards the Pacific island nations, including the nations in the COFA. Taking advantage of strained relations between the US and COFA states and the upcoming expiration of the agreement, China has begun to assert itself in the FSM, taking on infrastructure projects in order to compete with the US for influence.

Currently, COFA acts as a barricade to Chinese power, restricting China’s power to forcefully take Taiwan or extend its navy presence and establish a foothold in the Pacific. The US presence in the Marshall Islands, the FSM, and Palau — in conjunction with other territories in the Pacific with US military personnel, like Okinawa and Guam — allows for the solidification of a “Pacific Defence Initiative” by creating a ring of US power around China.

Without the trust and support of the nations of COFA, the US loses stability in its “wall” of power counteracting China. As such, recent administrations have taken steps to affirm relations, including historic diplomatic visits and the reestablishment of healthcare for Pacific Islanders. Protests against the US military in Okinawa, Hawaii, and Guam have further pressured the US to reevaluate the COFA. To maintain its power, the US is taking careful steps to satisfy those in its sphere of influence; with the opportunity to renew COFA in 2023, the US could reaffirm its dominance and continue to deter China from expanding into the Pacific.

However, the extent that COFA is a way for the US to keep, control, and subdue its colonial possessions should be scrutinized. The agreement is, as previously mentioned, not entirely one-sided. The three nations are part of a deal that provides them billions of dollars; with all three nations ranking among the smallest six economies in the world, the money coming in from the US provides greatly needed support for education, health, and other development projects. Additionally, facing “rising Chinese economic intimidation”, the US military has been welcomed, with the FSM and Palau requesting expanded US presence.

This affinity for the US and the COFA must be kept in mind when understanding the unique relationship of the Marshall Islands, the FSM, and Palau with Washington: when forced to choose between siding with China or with the US, the three nations have demonstrated preference in continuing COFA, despite its pitfalls. However, the US’s rocky history in upholding the integrity of the alliance, combined with an understanding of the importance of COFA to the States, has allowed nations like the FSM to develop leverage in negotiations.

Though lacking in military, economic, and political strength, the increased power of COFA nations to dictate the terms of the agreement is a positive change. With the rise of China, these states have found a way to use their position on the world stage to press back against encroaching imperialism. Recent trends prove that while there is a long way to go, the three Pacific states — formerly seen as nothing more than nuclear test sites and military bunkers — are only gaining power over their autonomy and, for them, COFA has the potential to shift from a form of American imperialism towards a truly mutual association.

Skyler is a U0 student pursuing a degree in Political Science. His main areas of interest include US foreign policy, international organizations, and countries that are underappreciated in the media.