Bezos in Space: The Underwhelming Reality of Space Tourism 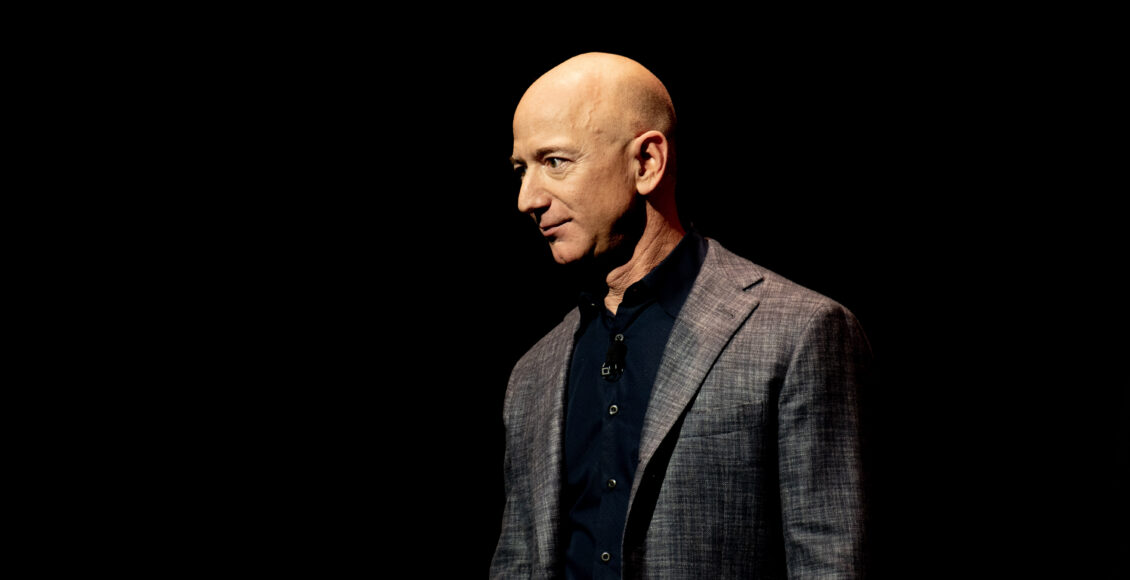 Less than a week before 2022, the James Webb Space Telescope (JWST) rocketed from Earth, marking the launch of the world’s largest, most expensive, and most powerful telescope to date. Orbiting a million miles from the planet as part of a joint effort by the United States, Canada, and the European Union, the JWST aims to succeed the Hubble Space Telescope in collecting data and observing the universe on a scale never before reached.

The New York Times praised the JWST for being built with “no military or economic advantage” and instead with the purpose of pushing the boundaries of human curiosity. This comment is particularly of interest, as the JWST is rather unique in its objective when compared to the other notable launches of 2021. Virgin Group founder Richard Branson lifted off in July 2021 and was quickly followed by Amazon founder Jeff Bezos. Elon Musk’s SpaceX’s Dragon capsule also carried four civilians past the International Space Station (ISS), cementing not only the rivalry between the world’s wealthiest human beings but the future of space tourism. As Branson said following his flight, “Welcome to the dawn of a new space age,” where the world’s billionaires are “here to make space more accessible to all.”

Branson’s words are little more than encouraging yet empty rhetoric. The fact of the matter is that joyrides into space are something the vast majority of the human race will never experience. As the Los Angeles Times put it: “Jeff Bezos going to space does next to nothing for humanity.”

The future is a far-off time wherein nothing can be predicted, and no event is predetermined. That being said, the current state of “space capitalism” gives little hope for a future where anyone with enough gumption can settle outside of Earth. While it may be tempting to celebrate the ability of private citizens to fly past the atmosphere, their trips into the great vacuum are not remotely accessible for most people. Blue Origin’s undisclosed price per seat is expected to be around $300,000 USD (though the winning bid for Bezos’ first launch was $28 million), Virgin Galactic’s tickets go for approximately $450,000 per seat, and SpaceX’s Dragon capsule reportedly cost around $60 million CAD each.

The numbers speak for themselves. Though billionaires like Musk claim that the cost of going to space will decrease, it is expected that these seats will still be expensive: anywhere from $10,000 to $100,000, a far cry from the average plane ticket. The potential $8 billion industry of space tourism will only be accessible by the ultra-rich, who will disregard the excessive environmental impacts of rocket launches and seek frequent trips to tour the galaxy.

However, space tourism does not simply end at billionaires taking environmentally unsustainable joyrides every few weeks. More than just private launches, those with the ability to do so are aiming to privatize space itself. Filled with an abundance of valuable resources, space is the center of attention for billionaires attempting to take advantage of undiscovered, lucrative economic opportunities.

Though it is illegal for any nation to lay claim to territory in space, corporations and private citizens are not bound to the same rules. In fact, legislation like the 2015 Commercial Space Launch Competitiveness Act in the US explicitly promotes the harvest of natural resources in space by private individuals and firms without any regulation. While such measures aim to encourage prospective pioneers to tap into a market potentially worth quintillions, the issue is that accessing these markets in the first place requires extraordinary wealth. The few firms or individuals who are capable of reaching it first could, in theory, control the harvest and supply chain and effectively monopolize the industry, much like De Beers has done with diamonds.

Space tourism and exploration are quickly becoming a billionaire’s industries if current prices and estimates are any indication. 2021 was a great year for the commercialization of orbital transportation, but only for those who can afford it. The average human is nowhere near able to spend hundreds of thousands of dollars to reach suborbit — something Musk acknowledged when he briefly predicted a loan system that sounds a little too much like indentured servitude — and any chance that everyday “space pioneers” could flock to earn wealth in a Gold Rush-esque manner is squashed by the high costs of breaking out of the atmosphere.

Involvement in space, however, is not limited purely to the aforementioned billionaire excursions. As discussed before, endeavours like the JWST demonstrate a continued interest in exploring and researching the great beyond, and NASA has made it clear that 2022 will be a big year for them in the way of space expeditions. Intergovernmental organizations, namely the United Nations and the European Space Agency, continue to define the goal of space exploration to be for the collective good of humanity rather than individual corporations.

Individually, a huge array of countries also made clear their intentions to contribute to our understanding of space. China, for example, recently landed their Zhurong rover on Mars, collecting newfound data about the planet’s geography, climate, and habitability, and falling in line with China’s rapid expansion into extraterrestrial research. India launched its first mission of 2022 on February 13 as part of the trend exhibited by the nation of a commitment to space. Even the most unlikely nations, from the United Arab Emirates to Luxembourg, are demonstrating their commitment to expanding the breadth of humanity’s comprehension of the universe.

Tragically, none of these efforts help to disprove the message sent by 2021’s billionaire launches that space exploration is not for the good of all mankind. In fact, in every single nation previously listed, the privatization of space for the richest individuals and companies is on the rise. China’s private sector has surged, not for the advancement of mankind, but because of the desire “to dethrone the US as the world’s preeminent space power”; the private sector in India is encouraged to speed up the process of establishing India as a global superpower; the UAE’s industry is focused on the expansion of business and commercialization of space; even tiny Luxembourg aims to reap profits from asteroid mining.

The ultimate indicator for the future of space “exploration” once again falls back to Bezos. The ISS, the most notable international effort to research space for the betterment of mankind, is set to simply drop into the middle of the ocean and be replaced with Blue Origin’s Orbital Reef station, expected to be the next hot destination for “vacation getaways.”

The privatization of space isn’t inherently against the principles for humanity’s use of the universe. In many cases, the purpose of encouraging private individuals and corporations to venture into space tourism, resource harvesting, and research is to enrich humanity’s knowledge beyond Earth’s atmosphere and hasten innovation for all our sake. However, 2021 was a year that demonstrated that global billionaires and private companies are taking over the spotlight for space exploration. A $450,000 joyride on its own may not be much more than an ultra-expensive leisure, but in the grand scheme of the universe, space is clearly becoming a playground for those who have and who seek to expand their incredible wealth.

Featured Image: “Jeff Bezos.” by Daniel Oberhaus is licensed under CC BY 2.0