Burning Bridges from Partition to Pulwama 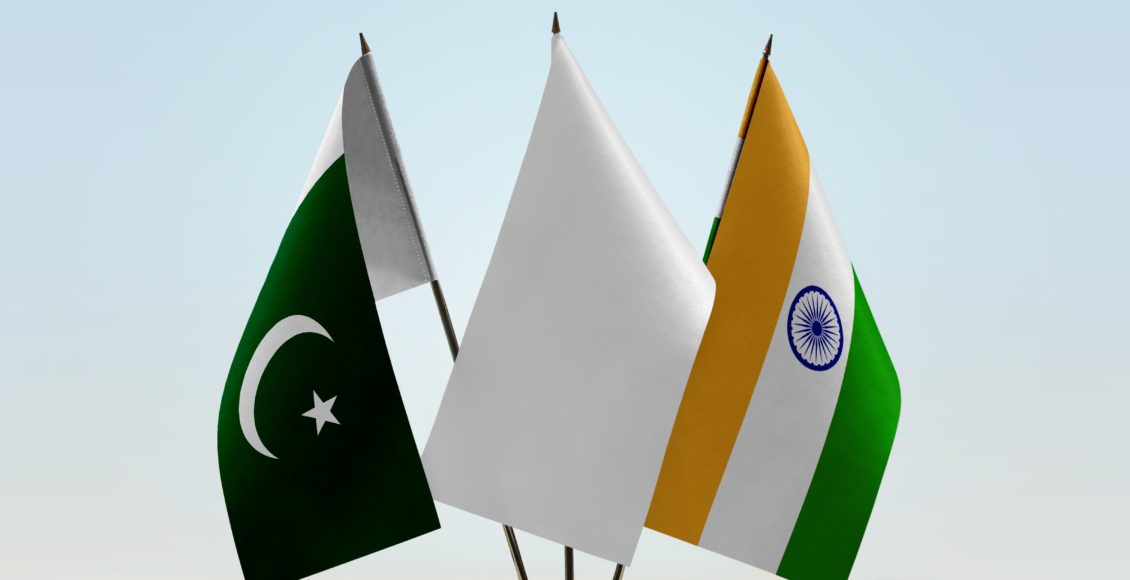 The recent attack in Pulwama, India-administered Kashmir, has left nearly 40 soldiers dead and all but destroyed any fleeting chance of rapprochement between the two longstanding rivals. Not even a week after the bombing, two Indian fighter jets were shot down after intruding Pakistani airspace—leaving the rest of the world anxiously awaiting the dreaded aftermath of armed mobilization. With Indian Prime Minister Modi disparaging diplomatic solutions by decisively proclaiming “the time for talks has passed,” and Pakistani Prime Minister Imran Khan amplifying this aggression by warning against the cost of said Indian retaliation; it is no surprise that relations between the two states have yet again devolved into their self-fulfilling, exhaustive and toxic nationalist rhetoric. These events come as a sobering reminder of the communal tensions that have not only plagued Kashmir, but a myriad of regions across South Asia since the onset of decolonization. However, after decades of the same story, many actually felt hopeful for a fresh start between the twin-nations at the end of last year when incumbent Prime Minister Khan announced the opening of a border crossing for Sikh pilgrims along Kartapur, Punjab. While some may have looked at this symbolic gesture as a naive and meagre piecemeal towards progress, especially in light of current events, the Kartapur corridor highlights the complex history behind the Line of Control – the defacto border separating Indian and Pakistani controlled Kashmir – and how civilians on both sides stand far more to gain from reconciliation than perpetual animosity.

The sacred Sikh temple in Kartapur, where Guru Nanak the founder of Sikhism spent the remainder of his life centuries ago, has remained largely empty on Pakistani territory since the violence of Partition—which forcibly uprooted millions of Sikhs, Muslims and Hindus scattered across the Subcontinent, in order to place them within their newly designated zones. While the temple is only a few miles away from the border, for decades Indian Sikhs have been unable to make the pilgrimage due to their inability to cross one of the most heavily militarized and controlled boundaries in the world. Though it now feels like worlds away, Sikhs, like their Muslim or Hindu counterparts, have actually held deep ties to the community since a time that even predates Mughal conquest, let alone a 72 year old border. Therefore, Khan’s November 2018 announcement of a construction project for direct road access from the border to the temple, elicited genuine surprise and hope for a cooperative future amongst Pakistanis and Indians alike. It reminded both nations how immense psychological distance was consolidated over an arbitrary border, which has always prevented the implementation of unifying policies, and that perhaps it was finally time to break from this destructive norm.  This symbolic gesture and its signification for peace was even reciprocated by Modi himself, who in response to the announcement pondered that no one ever thought the Berlin Wall would fall but perhaps this corridor could “act as a bridge between the peoples of the two countries.”

Unfortunately, as they often do, bridges quickly turned to bombs and any talks of peace, bilateral cooperation, or opening trade relations are being recanted as both governments prepare for what many fear could be their third war over the hotly contested Line of Control. Regardless of international pleas to “give peace a chance”, with Indian elections looming over Modi and the BJP’s Hindu Nationalist sway over the electorate, as well as the growing presence of Islamist militant groups like the JeM in Northern Pakistan; both governments are clearly limited in their capacity to effect substantial change on persisting security issues that inhibit lasting peace. In this current climate of poking, prodding and inflaming communal rancor through social media “hashtag wars”, or military games of chicken; it is worthwhile to unpack why a bridge between the two countries is even necessary in the first place.

Contrary to dominating essentialist understandings of two opposing monolithic nations of Hinduism and Islam, there was never such a clear division of identity and nationality until the early twentieth century. Long before the Raj became the crown jewel of the British Empire, the Subcontinent looked more like a constellation of identities that intersected across class, religious, and ethno-linguistic divides. For example, there was virtually no collective consciousness tying Muslim landowning zamindars in Punjab to a distant Muslim Bengali peasantry, in fact their interests aligned far greater with other Punjabi Hindu landlords. Despite the British not entirely creating communal divisions, their presence certainly made use of them by both consciously and unconsciously exacerbating them to extents that irrevocably damaged the growth of South Asian society. This communal organization based on exclusive religious lines and hostility towards their perceived Other became far more pronounced when multiple groups began sharing scarcer and scarcer economic or political resources. Paired with an incendiary press, these socio-economic grievances and political movements for power at the centre aligned on religious terms, ultimately triggering waves of unprecedented violence in the years surrounding independence. Had the colonial powers insisted upon transitional safeguards during this formative period, instead of displaying utter complacency at communal tensions approaching their tipping point, who is to say the great divide would have ever happened?

Regardless of what could have been, innocent civilians continue to pay an irreparable price for this insecurity against the Other, which has woven itself so deeply into the fabric and psyche of two diverging societies. Evidently, we can’t rely on politicians like Modi who has instigated further military action, to make the brave choice to deescalate the situation and rebuild. However, we can choose not to fall victim to their blinded, oversimplified nationalist ideology. As cliché as it sounds, profound change starts with actions as small as initiating dialogue with those who are quick to vilify the Other side, which can certainly seem like a daunting task when you’re sitting around the dinner table. Given that corruption, poverty, lack of infrastructure etc. are just the tip of the iceberg in terms of issues hurdling development, why does it always have to be the naive and unrealistic choice to prioritize cooperation instead of war?

Aren’t you tired of it?