China and the CCP: The New “Villain” in the Western Public’s Eyes 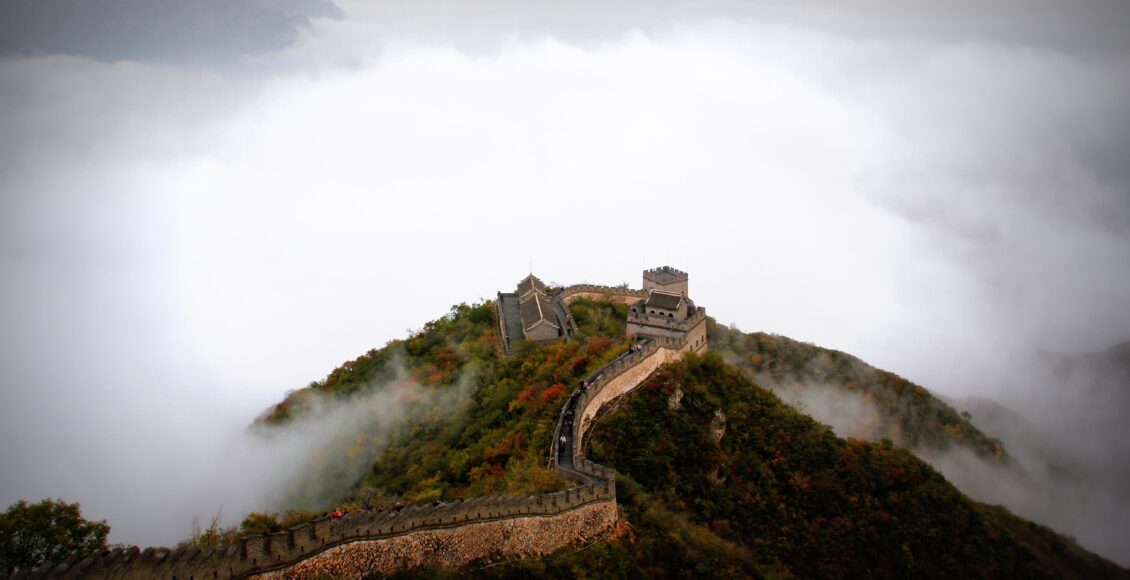 In recent years, views of China have become increasingly hostile among Western countries. An October 2020 report published by the Pew Research Center showed that over 70 per cent of the West’s population hold an unfavourable view towards the Chinese government. This change is extremely rapid, since the proportion of people that held a negative view towards China had stayed at approximately 50 per cent in most Western countries prior to 2018. Even though China is on a path to becoming the world’s largest economic body by 2026, it still faces enormous challenges in presenting itself as a widely respected nation in Western society.

With the current controversy of human rights abuse in Xinjiang, many may suspect that China’s poor human rights record in the past few years has been a major contributor to the decline of its reputation. However, it is worth noticing that since the foundation of the People’s Republic, the West has continuously criticized China for its poor human rights record. Events such as the 1959 Tibet Uprising, the Tiananmen Square protests of 1989, and the passing of Hong Kong National Security Law all suggest that China has been fairly consistent in its policies and ideological pattern of sacrificing the rights of citizens for tighter authoritarian control.

So, what has changed? Since China’s human rights record has been consistently controversial and criticized, why, for the past few years, has public perception of China declined rapidly in the West? This article argues that this is mainly due to the fact that China, from different angles, is becoming an imminent threat to the West. As a result, China’s challenge for the position of the global hegemon would eventually lead to a full-scale confrontation between itself and the West, especially the United States. From the perspective of the Western public, China suddenly turns from a country known for its rich history and stunning economic development, to an antagonistic nation that often aggressively “bullies” the rest of the world with its economic and political power. Moreover, with the surge of right-wing populism in the West, more politicians have started to demonize the Chinese threat to their voters, which simply encourages more negative opinions on China’s development.

After China’s economic reform in 1978, Deng Xiaoping described China’s foreign policy as “bide our time and hide our capabilities,” where China would primarily focus on its economic development and cooperation with the world. However, with the rise of  Xi Jinping in 2013, the era of “hide and bide” came to a close as China shifted to an increasingly aggressive stance on the global stage. This change is partly due to China’s desire to transition its economy from manufacturing to technology and other industries in the tertiary sectors to further its development. This directly threatens the interests of the Western economic bodies who have dominated these industries since the Industrial Revolution.

Xi’s personal ambition also plays a pivotal role. After modifying the Constitution to allow him to serve more than two terms as Chinese President, Xi needs an important political triumph to justify his decision to serve a third term. Domestically, Xi’s intense anti-corruption campaign beginning in 2013 has not only allowed him to gain more political power by eliminating his adversaries, but also established a pivotal personal legacy. Furthermore, Xi recently claimed that China had achieved its target of fully alleviating poverty by 2020, a historic feat considering China’s vast population and late development.

However, in terms of foreign policies, Xi’s achievement has been somewhat unconvincing as the Belt and Road Initiative seems to be relatively unsuccessful seven years after its onset. In general, Xi’s personal goal of becoming China’s most powerful leader since Mao Zedong does depend on whether he would be able to transform China into a powerful, prosperous global power. Therefore, he cornered himself in a position where domestic and personal pressure would not allow him to back down from international disputes.

With President Xi’s aggressive diplomacy and China’s development of its political, economic, and technological prowess, the US has made various attempts to suppress China’s rise. From an international politics perspective, the conflict between the rising power and incumbent hegemon, in this case China and the US respectively, is inevitable. A famous concept developed by Graham Allison suggests that Beijing and Washington may fall into the Thucydides Trap: when one great power threatens to displace another, war is almost always the result. Although Allison later modified his theory by factoring in domestic politics and nuclear weaponry, confrontations and conflicts remain the main theme of Sino-US interactions.

In recent years, especially after Donald Trump came into office, the US has been much more aggressive in its attempt to contain China’s development. This effort was best represented by the recent rumour of the establishment of an “Asian NATO” between the US, Japan, Australia, and India. With the US becoming the leader of the “anti-China campaign,” other major Western nations, especially the members of the “Five Eyes,” quickly followed its steps. While facing these suppressions, China took a much more aggressive stance than what we could have expected under the “hide and bide” policy orientation. Instead of trying to negotiate and compromise to attain mutual benefit, China has developed a strategy commonly referred to as the “Wolf Warrior diplomacy.” This represents a huge departure from the traditional “hide and bide” as the Chinese Ministry of Foreign Affairs now retaliates by attacking  Western governments using much harsher language. As these remarks were reported to Western nations, they often consolidated the image of the Chinese government as an aggressive and hostile nation, thus further worsening the opinions of Westerners.

The COVID-19 outbreak showcases the widening political and economic gap between China and the West and has served as an additional factor for the Westerners’ recent discontent towards Beijing. China’s sluggish initial local response for the coronavirus has been widely criticized as many suspect that the Hubei provincial government, due to political pressure, chose to hide the information about the virus until January 2020 as the outbreak had already taken place in December 2019. However, as the central government took control, China has done an impressive job of containing the coronavirus by extending measures such as using field hospitals and health codes. Consequently, according to state numbers, infections in China were held under 100,000, and fewer than 5,000 have died. In contrast, the US’s handling of the coronavirus has been catastrophic, with over 500,000 deaths and almost 30,000,000 infections.

As a result, the COVID-19 outbreak has contributed to the diminishing of the economic gap between China and the West. Out of all the major economic bodies in 2020, China remains the only nation with a positive growth rate in its real GDP (1.9 per cent), while countries such as the US (-4.3 per cent) and UK (-9.8 per cent) experienced a significant decline. Also, thanks to its manufacturing ability, China was able to gain more political influence through shipping medical supplies or newly created COVID-19 vaccines to other nations.

Therefore, instead of focusing on their own public health policies, US politicians, especially those responsible for the poor handling of the crisis, attempted to shift the  blame on the Chinese state and its people. The consistent use of slanderous expressions, such as the “Chinese virus” and the “Kung flu,” served the purpose of suppressing China’s influence by provoking global discontent towards China. In this line of thought, the recent rise of anti-Asian sentiment and hate crimes is tragically unsurprising. This negative PR campaign has caused significant destruction to the public opinions of China and Asian society in general.

Despite facing criticism from the West since its creation in 1949, the People’s Republic of China is facing much more pressure as it slowly becomes the world’s superpower next to the US. Other internal factors, such as Xi’s personal ambition and need for political achievement, the Western politicians’ baseless bashing on Beijing, and the recent COVID-19 pandemic have further escalated the hostility. It would be vital for both China and the West (especially the US) to find a way to coexist peacefully in order to avoid the Thucydides Trap.

With the new Biden administration, it seems like the US is readjusting its approach to China. Such a move could have a major impact on other Western nations. While issues such as human rights abuses will remain a sensitive topic, the US has compromised on key geopolitical issues such as Taiwan by calling its leader, Tsai Ing-Wen, the “elected representative,” and acknowledging the “One-China Policy.” The recent phone-call between Biden and Xi is also a symbol of possible reconciliation between the US and China. As the relationship between China and the West is once again at a crossroads, it is absolutely vital for both sides to maintain peaceful and rational foreign policies. Failing to do so, according to the former Secretary of State Henry Kissinger, could cause catastrophic consequences “comparable to World War I.”