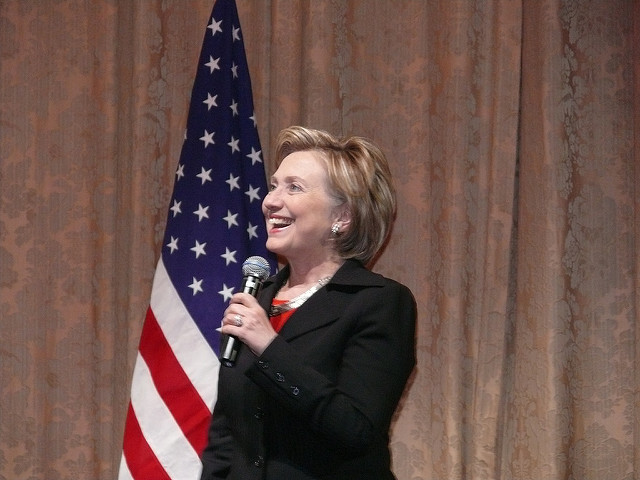 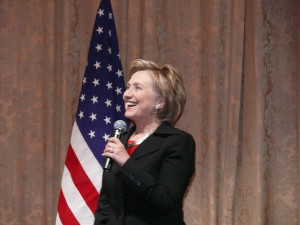 Since early March there has been little to no coverage by any major newspaper of Hillary Clinton’s as of yet unreleased speeches to Wall Street. For those who have forgotten, Clinton gave three speeches to Goldman Sachs back in 2013, for $225,000 a piece, and has spent the last couple of months “looking into” releasing the transcripts of them. Clinton’s line of defense up until the March 6th debate was that she would release the transcripts as soon as the other candidates released their own paid speeches, to which Bernie replied by throwing his hands up in the air and shouting “I release it!  Here it is, there ain’t nothin!” The media has allowed this story to evaporate almost entirely, though a real answer has never been provided by Clinton as to why she refuses to give them up.

The paid speeches neither began nor ended with those three to Goldman Sachs. As one Clinton supporter wrote in an op-ed from May of 2015, “I already weighed in nearly a year ago urging her to stop talking. For money, that is. That unheeded advice came, by my accounting, some 6 million dollars ago…Let me repeat: I am a fan of Clinton. But here I find myself once again with hair on fire…” This is the mushy kind of advice-giving that dominates in any mainstream criticism of Hillary Clinton. The New York Times Editorial Board, which wins for most loving and uncritical endorsement of Clinton to date, released a similar editorial in February, politely calling on Clinton to release the speeches. It seems that, in the mainstream media, support for Clinton is the only thing that qualifies one to criticize her.

These paid speeches may well disappear as the media continues to silence any real criticism of Clinton, but their implications will not. Senator Elizabeth Warren, who is perhaps, like Sanders, one of the last bastions of decency in the Senate, has refused to endorse either candidate, tantamount to treason in the eyes of the Democractic leadership. Back in 2004, Warren said in an interview that she had pushed Clinton, when she was First Lady, to convince her husband to veto a bankruptcy bill. The bill, supported by major credit card companies, would make it harder for families to declare bankruptcy, forcing them to continue taking out credit. “I never had a smarter student,” said Warren, and in the end the bill was vetoed.

However, she continued, once Hillary made it into the Senate, she faced a similar bill which she voted in favour of. “As senator Clinton, pressures were very different,” said Warren. “A lot of people don’t realize that the industry that gave the most money to Washington over the past fe 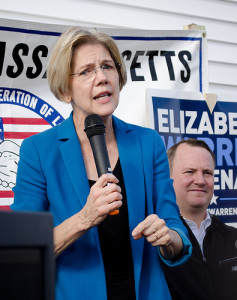 w years was not the oil industry, was not pharmaceuticals, it was consumer credit products.”

Clinton’s standard response to the suggestion that she will be beholden to the interests of her corporate donors is a dry laugh and a smile. She says she will support her constituents, and has asked Sanders to name any one instance in which she has allowed corporate money to influence her vote. As though any politician would ever vote for a bill without having a pretense as to why it was “for their constituency” and not their corporate backers. The problem is, as Warren put in back in 2004, “She has taken money from the groups and more to the point: she worries about them as a constituency.”

But as per usual, little interest has been paid to any of this. Over the weekend, Warren repeated to a group of reporters that she was not yet going to endorse a candidate and that she was very happy with what she saw as a productive debate going on (although failing to mention the fact that Clinton has for the last two weeks refused even to debate with Sanders until his “tone” improves). In a full and shameless display of the decayed and groveling state of the press, a reported responded by asking senator Warren if she thought it was about time Bernie dropped out.