Conservatives on Freedom of Speech 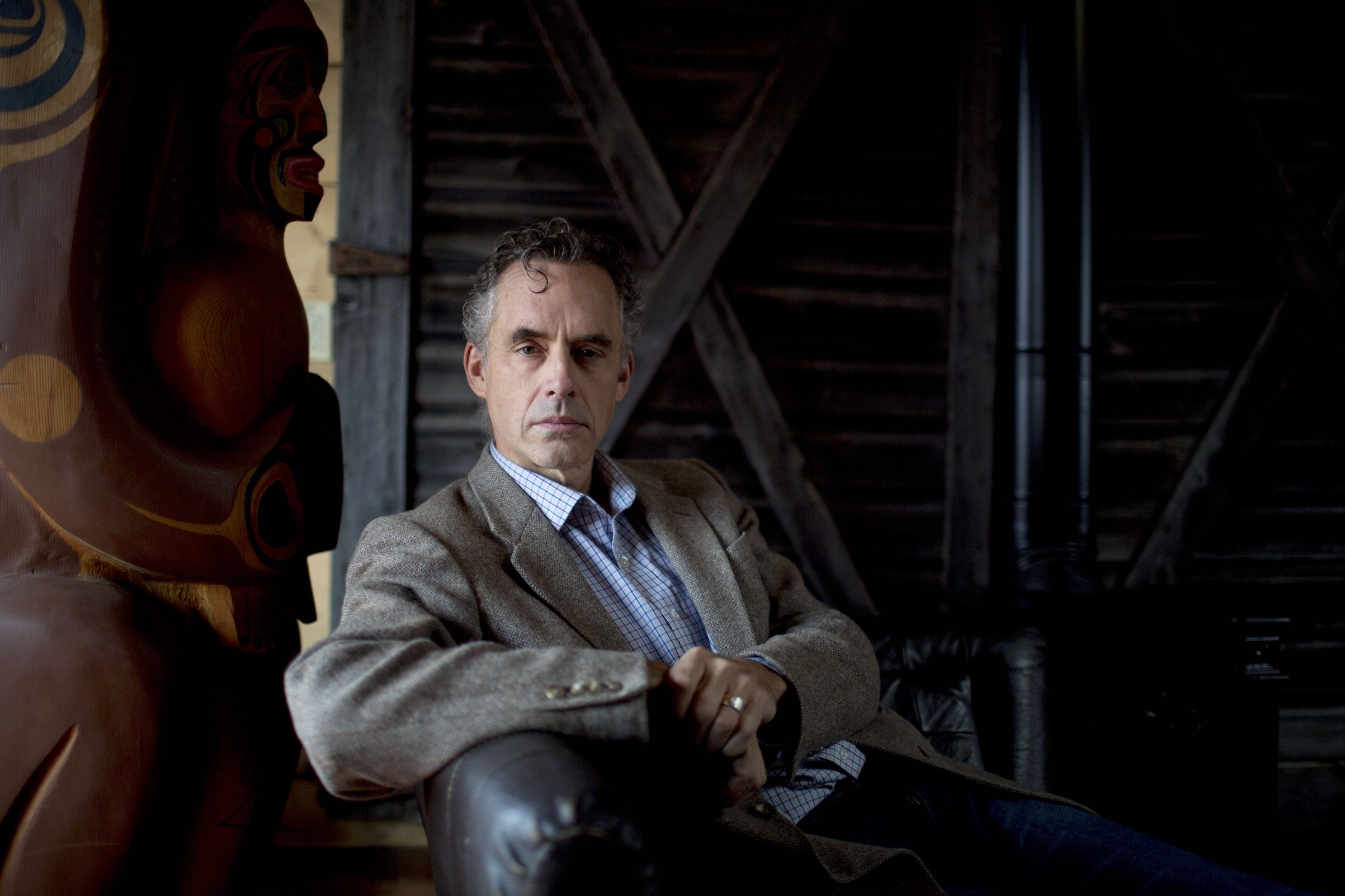 TORONTO, ON - DECEMBER 6 - Profile of Dr. Jordan Peterson. The U of T prof at the centre of a media storm because of his public declaration that he will not use pronouns, such as "they," to recognize non-binary genders. (Carlos Osorio/Toronto Star via Getty Images)
Share

Conservative commentators have spent a lot of time recently commenting on threats to freedom of speech, especially on university campuses across the country.  They see university campuses, and the “left wing” activists and intellectuals who habit there, as trying to censor the expression of conservative opinions on a host of social issues.  The most famous recent example involved the University of Toronto’s alleged plan to force people to use politically correct gender pronouns. Pushing against this policy is what shot Jordan Peterson to fame. More recently, Lindsay Shepherd’s planned debate involving controversial alt-right activist Faith Goldy was shut down when student activists pulled a fire alarm to prevent her from speaking.  These instances of activists trying to prevent conservatives from expressing their views are taken as indicatory of the Left’s general disdain for free speech, and are used as a call to arms to defend the right of conservatives to speak their minds.

Some of these concerns might be slightly over exaggerated. There remain substantial legal protections guaranteeing all Canadians expansive rights to freedom of expression. The most noteworthy, of course, are those guaranteed in Section 2 of the Charter of Rights and Freedoms which affirms rights to conscience, expression, a free press and other affiliated rights.  While these rights to expression are of course qualified by the Section 1 reasonable limits provision, Courts have generally been militant in upholding them. The only substantial limitations recognized are on extreme forms of hate speech par the Keegstra decision and on forms of expression such as malicious advertising and child pornography that have a clearly negative impact on children.  In addition to these national protections, provincial governments across the country also guarantee a substantial number of speech rights. While all of these rights don’t fully apply in a university context, since many post-secondary institutions have variable authorities to regulate speech as public/private institutions, there is little sense in which Canada as a whole is becoming a bastion of politically correct culture gone mad.  Faith Goldy may find it difficult to present on a university campus because of activist pressure, but she is still free to promulgate neo-fascist rhetoric online and in the public sphere to her hearts content. Whether we are better for it is a different question. In my opinion she should certainly be free to promote her noxious blend of white nationalism, but we should not be providing her any larger platform to do so.

But what about the issue of free speech on campus, and the behavior of left wing activists towards conservative thinkers and speakers?  Sadly, I do think there is indeed what philosopher Slavoj Zizek calls a worryingly “totalitarian” quality to a lot of contemporary left wing activism on campus.  Under the auspices of promoting toleration for difference, there are some radicals who have militantly pushed for silencing views they disagree with.  This has always struck me as deeply distasteful. Tolerance doesn’t mean very much if you are not prepared to tolerate the views of those you disagree with.  Moreover, silencing conservative critics strikes me as demonstrating a strange lack of confidence in one’s own position.  As Voltaire said about censorship a long time ago: “to burn a book of argument is to say: ‘We do not have enough wit to reply to it.” Rather than trying to silence conservative viewpoints, I think left wingers would be better off trying to convince the public that their positions are simply better.  In a lot of cases, I think they would likely win out.   Some of these activists will claim that they are not fundamentally trying to limit valuable speech, but only that which substantially harms others through expressing bigotry and attacking the identity of vulnerable members of society.  In some circumstances that might be the case; it probably was with Faith Goldy. But private citizens, let alone institutional authorities should not have the authority to determine what constitutes valuable speech and what constitutes harmful speech.  This would have a chilling effect on the presentation of a variety of opinions, which is of great worth to us all.

The Value of Free Speech

Freedom of speech and expression is valuable for two reasons. The first is its value to the individual who has something to say. Being able to express one’s opinion in public is a vital part of developing one’s sense of self-worth.  If we do not let individuals speak their mind, we imply that they don’t have thoughts worth contributing.  The second reason freedom of speech is valuable is more social.  Allowing for the free expression of ideas allows for a social dialogue where citizens come to understand one another better.  For us to live and cooperate together, this mutual understanding is obviously important.  Moreover, engaging in a social dialogue where we are exposed to different views has a connection to the search for truth.  Each of us has a limited amount of time and intellectual energy to devote to thinking through issues.  Engaging with others, especially those we disagree with, can help us transcend these limitations and get closer to the best answer to the most pressing problems of the day. As put in its classical formulation by J.S Mill:

“He who knows only his own side of the case knows little of that. His reasons may be good, and no one may have been able to refute them. But if he is equally unable to refute the reasons on the opposite side, if he does not so much as know what they are, he has no ground for preferring either opinion… Nor is it enough that he should hear the opinions of adversaries from his own teachers, presented as they state them, and accompanied by what they offer as refutations. He must be able to hear them from persons who actually believe them…he must know them in their most plausible and persuasive form.”

The Limits of Conservative Discourse

This last point is where I would like to address another side to this debate. Conservatives often call out left wing activists for silencing their viewpoints. This is legitimate as it goes. But what often isn’t conceded by these conservative critics of the left is the extent to which many on the right don’t make much of an effort to expose themselves to left wing ideas. This is evident whenever they attempt to describe the positions of their political opponents.  Authors who invoke the boogeymen of “postmodern relativism” or “cultural Marxism” have clearly never spent a lot of time engaging with people or authors on the left. This makes their demands for freedom of speech come across as a bit superficial. They want speech to express their own opinions, but demonstrate little curiosity or drive in learning about the standpoint of those they disagree with.

Perhaps the most exemplary figure in this category is Jordan Peterson. Peterson is a talented and intelligent scholar when he writes on subjects he is familiar with: including Western literature, mythology, and religion. He is clearly an adept psychologist.  But he clearly knows very little about Left wing thinking and discourse. Take his argument about so called “post-modern neo-Marxism.” This jumble of associations would surely be surprising to many on the Left, and as I have indicated elsewhere, is a very superficial understanding of both Marxism and post-modernism This is quite typical of many conservative criticisms of the left, including those who come from fierce defenders of “free speech” and reasoned debate.  And it is deeply unfortunate.  If the intellectual darling of the contemporary right wont actually spend a lot of time looking at what he criticizes, what is the likelihood his followers will?

Free speech is a very great good in our society, and it is worrying that a growing number of young people seem to disregard it.  The desire to express one’s views is valid and should be respected. To the extent that some university campuses have become largely dominated by one ideology which silences all others, this is a problem that should be remedied. Conservatives may well have a point on this example.  But just because one can say whatever one wishes doesn’t vindicate the content of expression. All too often those who most demand freedom of speech do not use it to engage with their political opponents in any substantial way. This includes those, like Peterson, who argue that they are being silenced when the constant stream of commentary they produce would suggest quite the contrary. We should strive to break out of our partisan communication bubbles and find out a little bit more about how our political opponents think. We would all be better off for it.