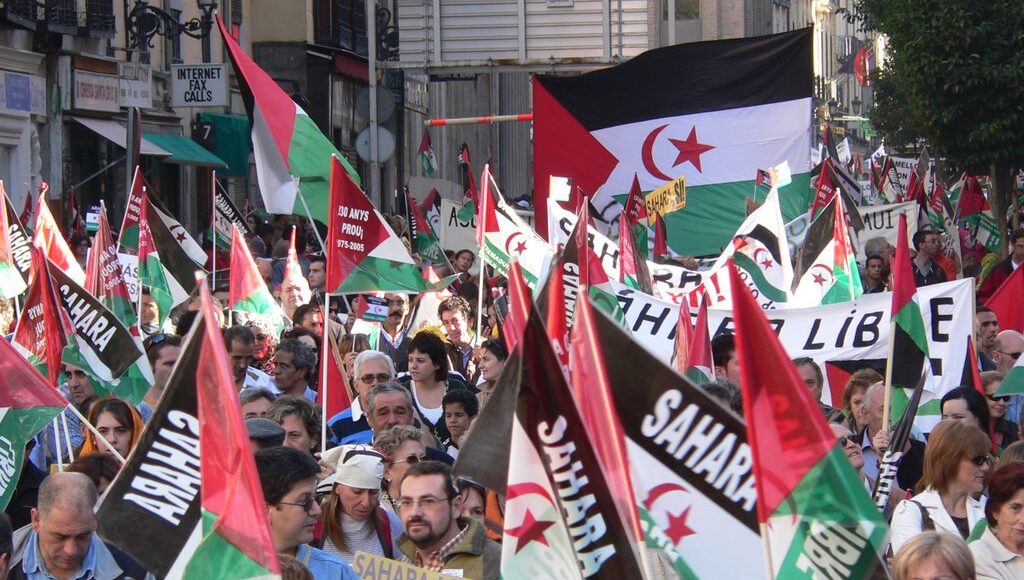 A brief history of the dispute

Situated on the Northwest coast of Africa, Western Sahara is a sparsely populated region mainly consisting of desert land. Formerly a Spanish colony before being annexed by Morocco in 1975, the area has long been the subject of dispute between Morocco and the Indigenous Sahrawi people who seek self-determination. The Polisario Front, an armed liberation movement supported by Algeria, which borders Morocco and Western Sahara, represents the Sahrawi. Both sides have claimed the former Spanish colony as their own and pushed for its full control. Although 80 per cent of the territory is under Moroccan control, the United Nations has listed Western Sahara as a non-self-governing territory since 1963 and allocated a UN mission to hold a self-determination referendum in 1991. The failure of the United Nations to conduct this vote since 1991 reveals deeper issues about the conflict, as diplomacy and a search for allies by Morocco and Algeria increasingly complicate any settlement.

The dispute over the territory led to a 16-year-long war after Morocco initially seized the land in 1975. The conflict ended in 1991 when the two sides agreed to a UN ceasefire agreement and promised to hold a referendum on the territory’s status, including the options of independence, autonomy, or integration with Morocco. The UN Mission for the Referendum in Western Sahara (MINURSO) was created to organize and conduct the vote. Still, the referendum has yet to take place and has repeatedly been delayed due to disagreement between Morocco and the Polisario Front regarding the eligibility of some voters. This lack of progress and Morocco’s exploitation of the territories’ natural resources has increased frustration among Sahrawis. Morocco continues to dismiss all Sahrawi claims to independence and insists on the state’s right to defend its sovereignty over the region, only offering a plan for Sahrawi autonomy that hinges on recognizing the sovereignty and territorial integrity of the Moroccan kingdom—meaning no Sahrawi independence.

Map illustrating Polisario (in red) and Moroccan (in yellow) control of Western Sahara and the wall built by Morocco represented in a purple line. “Western Sahara map showing Morocco and Polisario” by Omar-Toons is licensed under CC BY-SA 3.0

A conflict with international ramifications

The Western Sahara dispute has always had an international element. It has been fueled by the geopolitical rivalry and distrust between Algeria and Morocco as they each seek to control the Maghreb region—that is, northwestern Africa. The Western Sahara region is key to achieving this goal. This tension has split international actors as they express their support for either Morocco or the Polisario Front, and thus Algeria. These alignments could lead to the formation of blocs, pushing the dispute even further from a resolution. Therefore, the dispute has important domestic and international consequences as the groups feud over sovereignty, border security, and Western Sahara’s natural resources.

In 2020, Donald Trump unilaterally recognized Morocco’s claim of sovereignty over Western Sahara, angering Algeria and violating UN resolutions affirming Western Sahara’s right to self-determination. This could have unintended consequences as Algeria may, for instance, seek to deepen its relationship with Russia and China, enabling these two American rivals to increase their presence in the Maghreb region. Yet, the US is not the only country that has expressed support for Morocco’s position. Within the European Union, countries like Spain and France have conveyed their support for Morocco’s autonomy plan. Furthermore, other countries previously impartial in the matter, like Germany, have begun to shift towards Moroccan support. 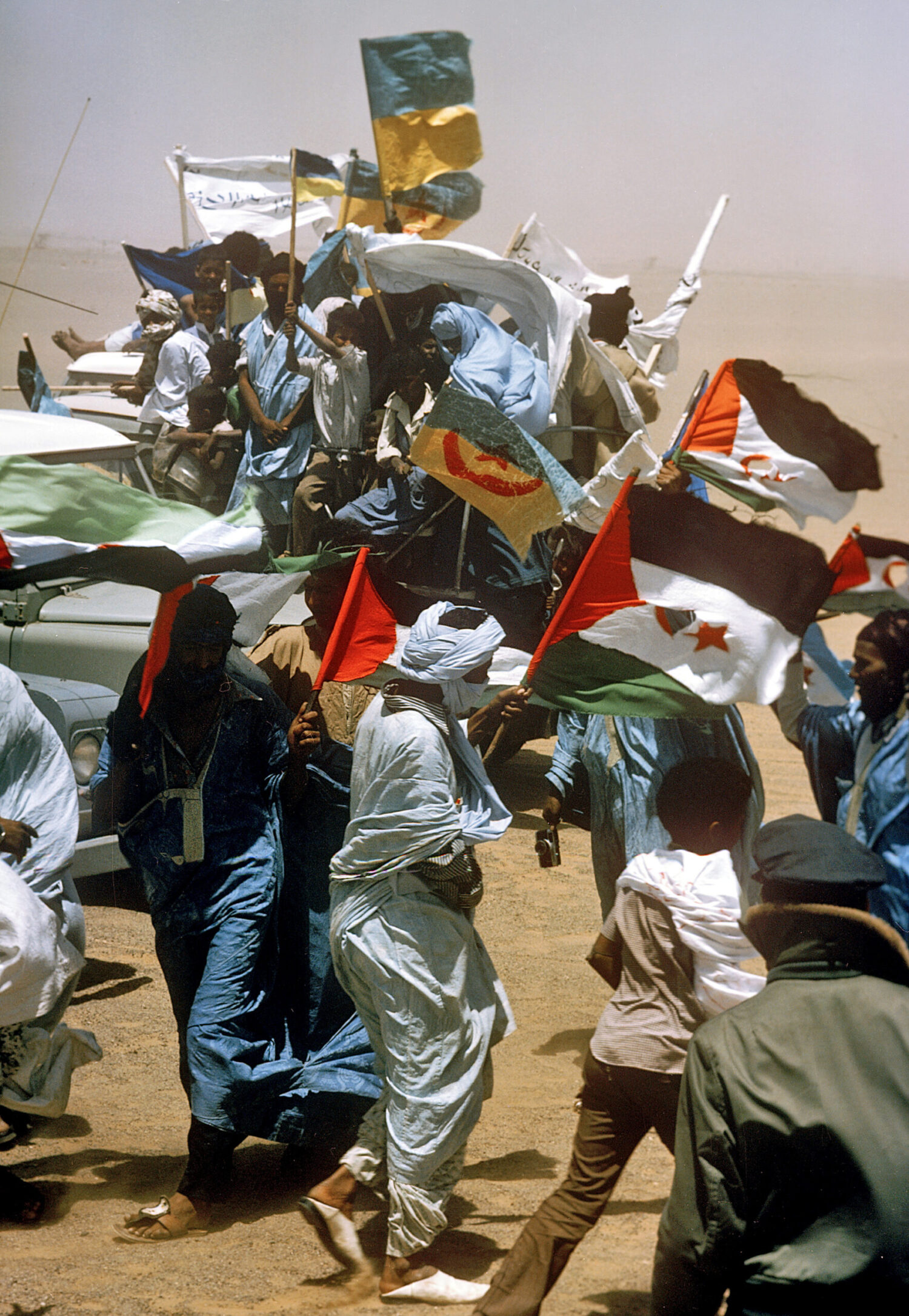 “Disputed corner of the Sahara” by United Nations Pictures is licensed under CC BY-NC-ND 2.0

By signing political and economic treaties with Morocco, like the EU-Morocco Association Agreement signed in 1996, the EU has implicitly and informally shown support for the country. Yet, there seems to be a lack of consensus between EU member states and the institutions (including the European Parliament, the European Commission, and the European Council). The EU seems torn between its interests in maintaining trade relations with Morocco and promoting the liberal-democratic principles it claims to support. In 2016, the European Court of Justice (ECJ) ruled that Western Sahara was not part of Morocco and that any trade agreements that included the region’s resources were illegal and violated international human rights law. However, in 2017, Federica Mogherini, the European Commission High Representative and Vice-President,  affirmed that the EU would maintain bilateral trade agreements with Morocco despite the ECJ’s ruling.

Interestingly, the decision from certain countries to support Morocco has resulted in the deterioration of their ties with Algeria, meaning states will have to consider the potential diplomatic costs when assessing their interests in relation to the territorial dispute. Recently, Spanish Prime minister Pedro Sanchez backed Morocco’s stance on the region, ending decades of neutrality; as a result, Algeria decided to terminate its friendship agreement with Spain. This move has important implications as maintaining good relations with Algeria is essential for Spain and the rest of the EU, as Algeria exports a significant amount of oil to the EU. Amid the ongoing global energy crisis, the EU must maintain its relationship with Algeria.

As a result of Algeria’s reaction and amid worries about energy, Spain may back away from its support for Morocco. If that happens, Morocco may, in turn, exert pressure on Spain by relaxing its strict border measures with Spain’s North African exclaves, enabling an influx of illegal immigration. A deadly migrant rush recently saw migrants attempt to enter the Spanish exclave of Melilla, which Prime Minister Sanchez called a direct attack on Spain’s “territorial integrity” meant to influence them in the Western Sahara dispute. The importance of border security to southern European states also has ramifications for the EU, not just Spain.

The involvement of international actors in this crisis has not helped resolve the conflict. Many of those involved have gone against the UN’s designation of the region as non-self-governing. Similarly, there seems to be no unified European position on the matter, as each interaction between individual European states and the countries of Morocco and Algeria only grows the rivalry between the two factions. There have been unsuccessful attempts from Germany to try and prevent governments from backing Morocco’s stance to maintain European neutrality. In response, Morocco suspended its diplomatic ties with Berlin.

Countries that support Morocco are sending a strong message that they no longer believe in any solution that Morocco opposes. The fact that EU member-states support Morocco despite its proposals violating international principles (i.e. the right to self-determination) and UN declarations demonstrates how unthinkable a diplomatic solution has become. It also highlights the failures of the UN, as countries such as Spain, with their territorial issues like Catalonia, will prioritize their own interests. Self-interested states cannot sustainably replace the UN.

Furthermore, the promise of the UN to hold a self-determination referendum remains difficult when determining and gathering all eligible voters is complicated by the international dispersal of the Sahrawi people. The UN has failed to conduct the referendum and bring about practical measures to resolve the issue. Their diplomatic inaction has paralyzed the situation and prevented stability and security in the North African region. The United Nations must step up and work in coordination with other nations to actively bring about a solution to this long-running dispute.