Elections Have Failed in Libya: Who Will Lead the Country Forward? 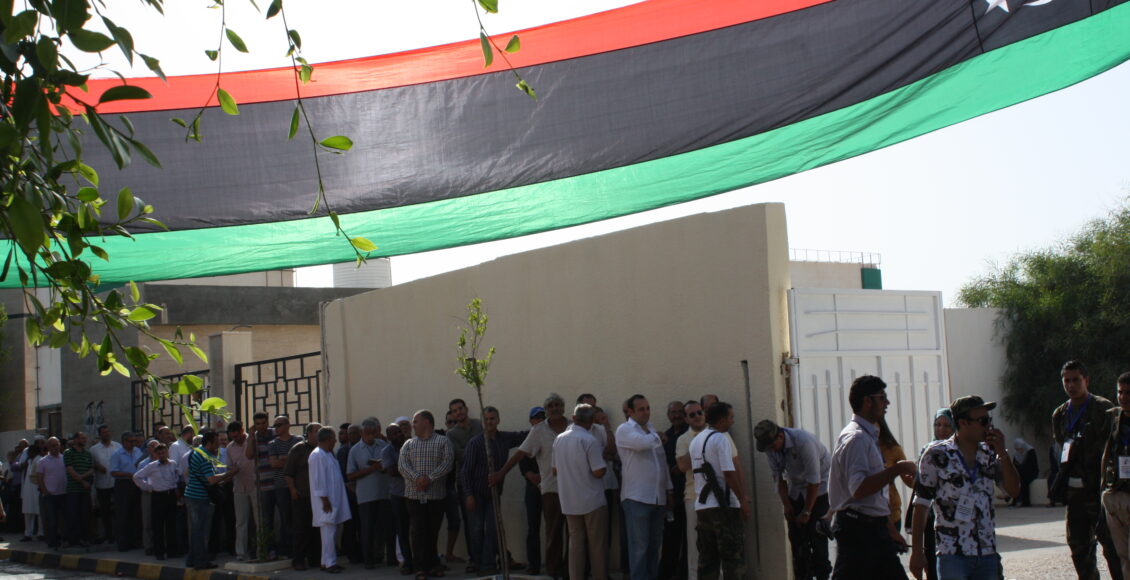 On December 24, 2021, the North African country of Libya was scheduled to elect a new Prime Minister in an attempt to establish peace following over a decade of conflict. Although the prospects for this election were grim, the current outcome has failed to meet even the most conservative hopes. Libya’s High National Electoral Commission (HNEC) has failed to establish the basic rules of the election, meaning that the country is back in political limbo with no end in sight.

Libya has experienced political turmoil and civil war since the ouster of Muammar Gaddafi, their former leader, in 2011. Any understanding of contemporary Libyan politics must acknowledge the legacies left by Gaddafi, who ruled over Libya from 1969 to 2011. Gaddafi maintained a firm grip on Libyan politics for over forty years, but the Arab Spring protests that swept across North Africa in 2011 coupled with a NATO-backed intervention spelt the end of his regime. My colleague Sage Pothier offers a more detailed analysis of Gaddafi’s demise in her article.

The power vacuum that Gaddafi’s death left behind led to a struggle that produced another period of conflict: the Second Libyan Civil War between 2014 and 2020. Although numerous groups were vying for power in Libya, two main coalitions emerged: the Libyan National Army (LNA) and the Government of National Accord (GNA). The LNA has maintained control in eastern Libya and has installed a parliament in Tobruk. Conversely, the GNA controls western Libya and has installed an UN-backed government in Tripoli. After six years of violence, the two coalitions agreed to form an interim government in March 2021 called the Government of National Unity (GNU). The goal of the GNU is to forge a united path towards democracy in Libya. Although it has failed to hold elections so far, the candidates that ran for office provide a strong indication of who will be leading Libya in the coming years.

Who are the candidates?

The most polarizing candidate vying for power in Libya is undoubtedly Khalifa Haftar, the military commander of the LNA. Haftar, a member of the Gaddafi government before defecting and becoming an informant to the CIA, is arguably the most powerful man in Libya. He commands the strongest army in Libya and has support from the UAE, Egypt and Russia. Although Haftar is “abhorred in the West” of Libya, he “reigns supreme in the east, where he has set up the Military Investment Authority, which oversees major economic contracts in the region.” Despite the fact that Haftar relinquished control of the LNA as per the election rules, many fear that he will use this army to destabilize the government if he loses an election.

While Haftar is the de facto leader of Eastern Libya, Tripoli has primarily put its support behind Abdulhamid Dabaiba, who is the interim Prime Minister of the GNU. Although Dabaiba was approved as a candidate by the Libyan judiciary, he initially vowed not to run for Prime Minister when he accepted the role of interim PM in March; this has caused controversy surrounding his candidacy. Dabaiba, a former associate of the Gaddafi government, is considered a rising star in Libyan politics and has been the strongest advocate for fair elections in Libya.

The biggest surprise in the elections thus far has been the emergence of Saif al-Islam Gaddafi, the son of Libya’s former leader. Gaddafi has largely not been involved in Libyan politics since 2011, but his father’s legacy has given him immediate support from some. One poll even suggests that he has an approval rating of 57 per cent in Libya’s largest region. Although he has indicated that he intends to respect the results of the election, his candidacy is extremely controversial because he is still wanted by the International Criminal Court for crimes against humanity for his role in repressing the 2011 rebellion against his father. The Libyan judiciary nonetheless approved his candidacy. Gaddafi will likely use the last decade of violence following his father’s demise as evidence that he is the man to lead Libya forward and bring prosperity.

Why did elections fail?

In addition to controversial candidates, elections in Libya failed to take place because the country was fundamentally unprepared to hold them. The HNEC could not even agree on which candidates were eligible to run. This is because Libya has one glaring problem: they do not have an established constitution. This means that there is no clear definition of how elections are to be held, the powers of the Prime Minister, the rights of its citizens etc. Without an established constitution, it is no surprise that elections failed. Even if elections were successful, the lack of clarity on these fundamental issues would leave Libya vulnerable to democratic backsliding.

Further, Libya does not currently have the centralized authority necessary to create a strong state. The vast majority of security and armed forces in Libya are not loyal to the state but rather to independent militias. For example, fighters closed a court to stop Saif Al-Islam Gaddafi’s lawyers from lodging an appeal against his disqualification. At the same time, the electoral commission said fighters had raided several of its offices, stealing voting cards. This shows that Libya would likely enter another period of violence because there would be no authority to enforce the results of an election.

What’s next for Libya?

Following the failed elections, the GNU is trying to establish new electoral laws with the hopes of holding another election in 2022. However, there are already clear signs that Libya could enter another period of conflict. For one, Abdulhamid Dabaiba has refused to vacate his position as interim Prime Minister to the incoming Fathi Bashagha. This has sharpened the political divisions within the interim government; Dabaiba also recently survived an assassination attempt. Increased tension has prompted many militias to increase their presence in Libyan cities, which has stoked fears of another armed conflict. Although the desire for elections in Libya signifies that the country is moving in the right direction, the lack of a constitution and centralized power means that the next leader of Libya could take the country by force, not through an election.

Darius is a third year student at McGill, working towards his Bachelor of Arts. He is studying honours Political Science and a major in Economics.