Elections in Canada: Divisions North of the Border?

By Nikole Ottolia and Dennis Murphy On Nov 7, 2019 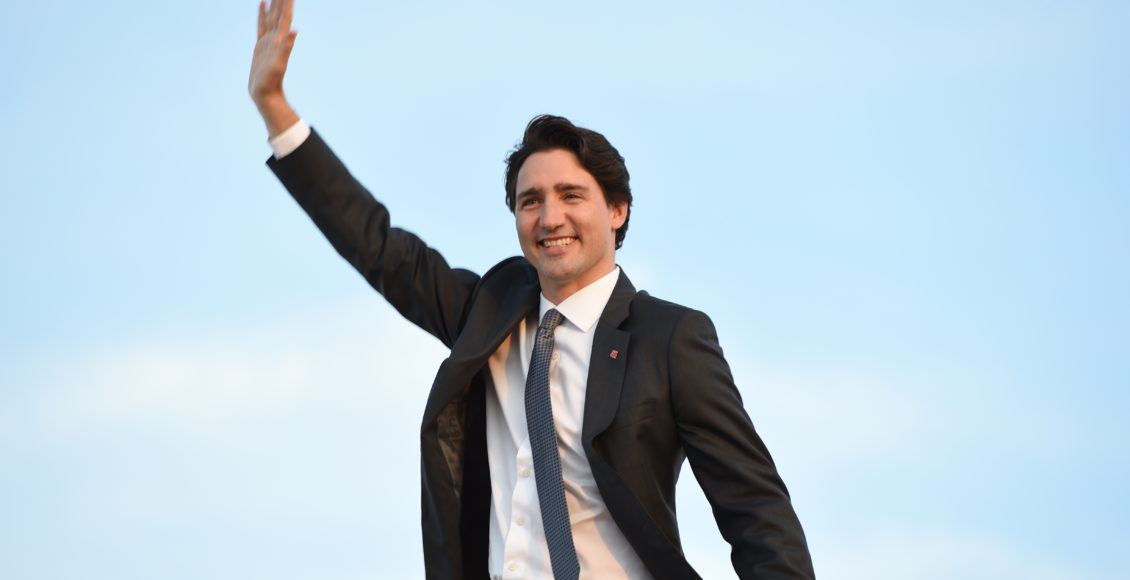 Editor’s Note: The SAIS-McGill Global Exchange Series is a new collaborative initiative between the SAIS Observer and the McGill International Review that will allow SAIS and McGill student writers to see their work published and read in both publications.  In this inaugural issue of the SAIS-McGill Global Exchange Series, SAIS and McGill student journalists share their perspectives on Canadian and U.S. domestic politics. This article by Nikole Ottolia and Dennis Murphy of John Hopkins SAIS, covers the Canadian elections. Read the article on U.S. domestic politics by Shirley Wang and Evelyne Goulet of the McGill International Review here.

WASHINGTON D.C. – Johns Hopkins SAIS students and faculty watched with great interest when, on October 21, Canadian Prime Minister and leader of Canada’s Liberal Party Justin Trudeau secured a second term in office. While the Liberals lost the popular vote to the Conservatives, and now occupy twenty fewer parliamentary seats, they were not dislodged from their position of leadership.

Canada is a parliamentary democracy but can be governed without a majority coalition government. The Liberals secured more seats than the Conservatives but lost their parliamentary majority, now holding157 out of 338 seats. Professor Christopher Sands, director of the Center for Canadian Studies at SAIS, remarked that the new government in Ottawa will likely govern far more cautiously than it did during Trudeau’s first term in office.

How Canada governs is of great interest and importance to the US-Canada relationship. Professor Charles Doran, director of the Canadian Studies program at SAIS, relayed to the SAIS Observer that the United States often has more investments in Canada than anywhere else (China excluded); as such, Canada will always be of critical importance to the United States. Additionally, Doran highlighted that many of the issues that exist in the US, especially in energy policy, are shared by Canada.

Following the election, Canada now appears to be a divided nation. This is evidenced by the fact of a ruling minority party that failed to win the popular vote. Canadian Studies Professor Tamara Woroby expressed concern about domestic regionalism, resurgent populism within the Bloc Québécois and division over oil politics.

In western Canada, there is frustration that federal elections are often decided before votes in the provinces of British Columbia and Alberta are even counted. Indeed, Professor Sands provided the SAIS Observer with a chart detailing that 199 of 338 seats come from Ontario and Quebec. This dissatisfaction is felt even more keenly in Alberta. Due to “equalization of payments,” a process whereby each province provides funds for redistribution according to the strength of their economic endowments, Alberta contributes more to Canada than it receives. This has long been a point of considerable tension.

Albertan oil production has for years been treated as a form of wealth by the Canadian federal government, but they have consistently failed to find a reliable means of export. Neither British Columbia nor Quebec, Professor Woroby conveyed, are willing to allow a pipeline to be built through their province that would facilitate the transport of Albertan oil to foreign markets. Exacerbating matters, those provinces are often more than willing to consume Saudi oil. Further, Quebec’s hydroelectric power is not considered as contributing to the endowment of their province, further irritating the Albertans. Professor Woroby expressed concern to the SAIS Observer about what this means for Canada and the bilateral relationship with the US.

Professor Doran echoed Woroby’s concern that Canada is being torn apart by its desire to fight climate change and its desire to promote economic development. He also mentioned the conflict between the New Democrats and Quebec over the passage of Bill 21, which bans the use of religious symbols by public officials. However, Professor Doran was much more optimistic about these tensions, and while they were mentioned, they were not overly emphasized in our interview.

The elections have, of course, been a major point of interest for Canadian Studies students. The SAIS Observer interviewed SAIS students Taylor Jackson, Yiwen Han and Mariana Zepeda, about their judgments vis-à-vis the Canadian elections. None believed, even if the Conservatives won the election, that there would be major implications for the Canada-US relationship — and especially not for the bilateral trade relationship.

Speaking to the SAIS Observer, Jackson said, “We have seen that Trump is often more impulsive than ideological, and I think both the Liberals and Conservatives recognize that the top priorities in Canada-US relations will be to ensure that the USMCA (United States-Mexico-Canada Agreement) is ratified in the United States and to stave off any potential tariff increases from the President.” Zepeda agreed that the Liberal government would do what it could to ensure the passage of the USMCA.

Han does not believe there will be much change with a minority Liberal government, although it is clear that whoever is in charge will need to address a way to export Alberta’s oil and gas. Han was particularly critical of Trudeau’s dismissal of Minister of Justice and Attorney General Jody Wilson-Raybold. Jackson noted that he believed Trudeau to be a hypocrite who actively interfered in a criminal investigation. All told, it appears likely that uncertainty and doubt about Trudeau’s leadership will continue into the future.

While Canadian Studies professors at SAIS believe tension between economics and the environment has divided the country, SAIS students appear to think this can be overcome. Jackson expressed his view that the choice between economics and the environment is a false dichotomy. Han concurred, arguing that the tradeoff between economic growth and climate protection is not necessarily set in stone,  especially as an economy transitions away from the manufacturing sector. Areas of Canada are already reducing energy consumption and climate contamination without damaging their local economies.

There is a palpable sense of optimism about the Canada-US relationship. Professor Doran made certain to impress upon the SAIS Observer that the Canadian Studies department is one of the oldest, and in many ways one of the most important, majors offered at SAIS. Doran called for greater cooperation between the United States and Canada to achieve goals that are often in alignment.

Professor Woroby echoed this optimistic tone. “Despite divisions, division from the point of view of America, Canada is still a kinder and gentler country. Canadians are on board with universal health care. Room for improvement, but no challenging of the fundamental assumptions (of Canadian governance).” “Peace, Order and Good Government” is still the motto that Canada aspires to.

The feature image is a U.S. Air Force photo by Senior Airman Joshua R. M. Dewberry/RELEASED. It is public domain.