What Trudeau’s Re-Election Means for the Canada-U.S. Relationship 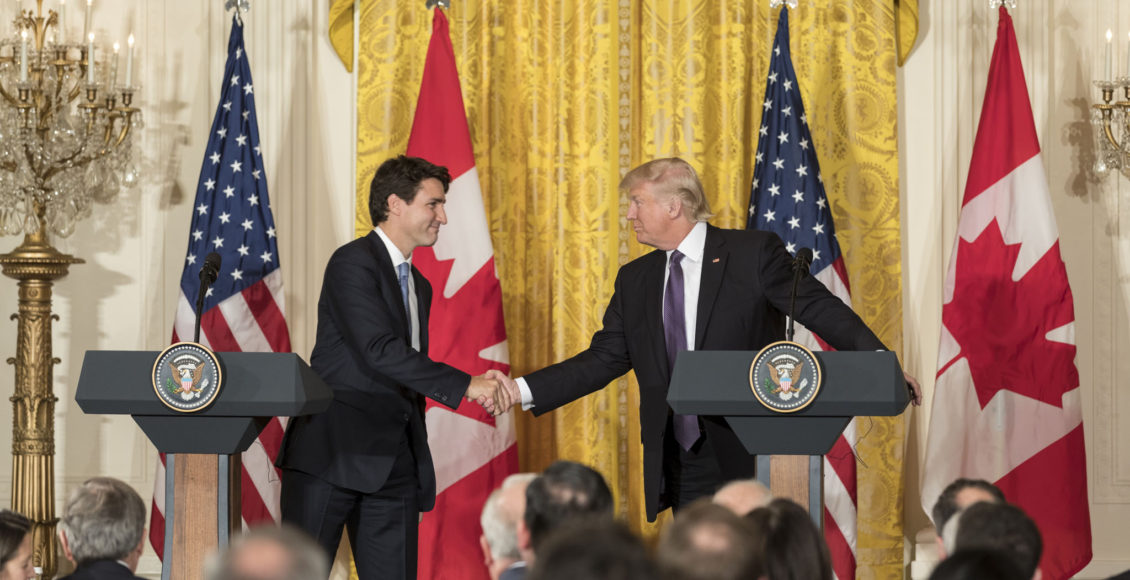 Editor’s Note: This article was first published on The SAIS Observer as part of the SAIS-McGill Global Exchange Series, a new collaborative initiative between the SAIS Observer and the McGill International Review that will allow SAIS and McGill student writers to see their work published and read in both publications.  In this inaugural issue of the SAIS-McGill Global Exchange Series, SAIS and McGill student journalists share their perspectives on Canadian and U.S. domestic politics. This article by Shirley Wang and Evelyne Goulet of the McGill International Review covers the re-election of Prime Minister Trudeau and its implications for the Canada-U.S. relationship. Read the article on the Canadian federal elections by Nikole Ottolia and Dennis Murphy of John Hopkins SAIS here.

On October 21, Justin Trudeau’s Liberal Party won the most seats during the 43rd Canadian federal election. This means that Trudeau, who has served as prime minister since 2015, will continue to head the Canadian government for the foreseeable future. However, the Prime Minister’s new mandate is also very much defined by the nature of its victory, which resulted in the formation of a minority government. Because Trudeau lacks a clear majority in the House this time around, his Liberal government cannot simply rely on party discipline in order to gain support for legislation and will be forced to negotiate with opposition parties. What will this mean for Canada’s relationship with its neighbour to the South?

Minority governments in Canada are not a new phenomenon. Since the 1950s, the last 20 federal elections have yielded nine minorities. And despite the associated political instability, minority governments can also produce periods of legislative accomplishment due to the level of political cooperation and conciliation required. This was apparent during the Pearson years, in which the implementation of universal healthcare, the Canadian Pension Plan, and the unification of the armed forces were achieved, among other accomplishments. For Trudeau’s Liberals, however, cooperation with other parties on foreign policy may prove difficult. The NDP, for example, has called for a recommitment of Canada to peacekeeping, something that has flickered out of substantial existence since the Harper era and not faced much Liberal revival. The NDP and the Greens are also seeking the cancellation of a $14 billion contract to send Canadian-made armoured vehicles to Saudi Arabia, of which the Liberals have upheld.

For the Canada-U.S. relationship, this will play out most significantly in trade. Amidst an oft-fraught personal relationship between the two leaders, U.S. President Donald Trump congratulated Trudeau on his victory and tweeted he was looking forward to working with him “toward the betterment of both our countries.”

President Trump came to power in November 2016 promising to fix the North American Free Trade Agreement (NAFTA), a free trade agreement established with Canada and Mexico since 1994. Following rounds of negotiation in 2017 and 2018, the three countries were able to compromise on a new agreement, the United States-Mexico-Canada Agreement (USMCA). However, while the changes to NAFTA were mostly minor, the new trade deal has yet to be implemented. Given the economic importance of the USMCA, the agreement’s ratification will be a priority for both Trump and Trudeau in the coming months.

During the campaign, the Liberal Party presented the NAFTA renegotiations as an important victory of his government, highlighting that the agreement was concluded during a time of protectionism in the United States. Given Trudeau’s touting of the USMCA on the campaign trail, it could be expected that the agreement will be ratified once the House of Commons is back in session. However, it is not guaranteed that a majority of MPs will vote in favour of the trade deal since the Liberal minority needs the collaboration of other parties to ratify the agreement. All other parties have criticized the trade deal, meaning an uphill battle awaits the Trudeau government to get a majority of votes.

South of the border, ratification is also far from a done deal. Despite a recent plea by the U.S. Chamber of Commerce to lawmakers asking them to ratify the agreement, Speaker Nancy Pelosi has yet to commit to voting on the agreement in the House of Representatives. Trump has expressed frustration at the slow process, recently saying, “I don’t know that they’re ever going to get to a vote.” There have been multiple meetings between Democrats and the Trump administration to come to a compromise, but nothing tangible has been achieved yet. Until a majority of Democrats support the USMCA, it is unlikely that Pelosi will agree to vote on the agreement. Trump and Trudeau favour the ratification of the trade deal, but it remains to be seen if they can both achieve domestic victories.

Trudeau’s government will also face substantial challenges in reconciling domestic concerns and energy trade with the United States. Canada’s perennial reliance on the U.S. market is punctuated by a significant surplus in energy commodity trade, with exports of USD $75.62 billion in 2017, nearly four times the value of exports from the United States to Canada. And of the aforementioned value, Alberta contributed USD $56.9 billion worth of commodity imports and exports, far out-pacing any other oil and gas production hub on either side of the border. With all but one riding in Alberta going blue this election, and similar trends throughout much of Western Canada, Trudeau will be forced to concentrate his efforts on assuaging Western agitation, all the while answering progressive calls for greater energy independence and environmental protection. In this political climate, Keystone XL, Line 3, and further cross-border pipeline development will likely continue to stall for the foreseeable future.

Of course, trade is only one component of the Canadian-American relationship under this new, and weaker, Trudeau government. In December 2018, at the request of the United States, Canadian authorities arrested Meng Wanzhou, the chief financial officer of Huawei. Soon after, China arrested two Canadian citizens, who have been detained since. The Trudeau government had hoped that the White House would provide assistance to secure the release of these two Canadians, with Trump publicly committing to it. However, the Sino-American relationship is currently rocky due to a trade war, making Trump’s help in negotiating unsure. On security, the two countries will likely continue to squabble over claims to the Arctic to no significant effect and cooperate within the confines of NORAD, NATO, the Permanent Joint Board on Defense, among other cooperative defense frameworks.

Despite all the talk of a weakened Trudeau and the election of a minority Liberal government in Canada, it is doubtful that general themes of the Canada-U.S. relationship will face significant change in the near future, excepting the possible passage of the USMCA at some point. However, President Trump will too face re-election in late 2020 and minority governments are notoriously short-lived, so just how long this relative equilibrium will hold remains to be seen.

The featured image is in the public domain.