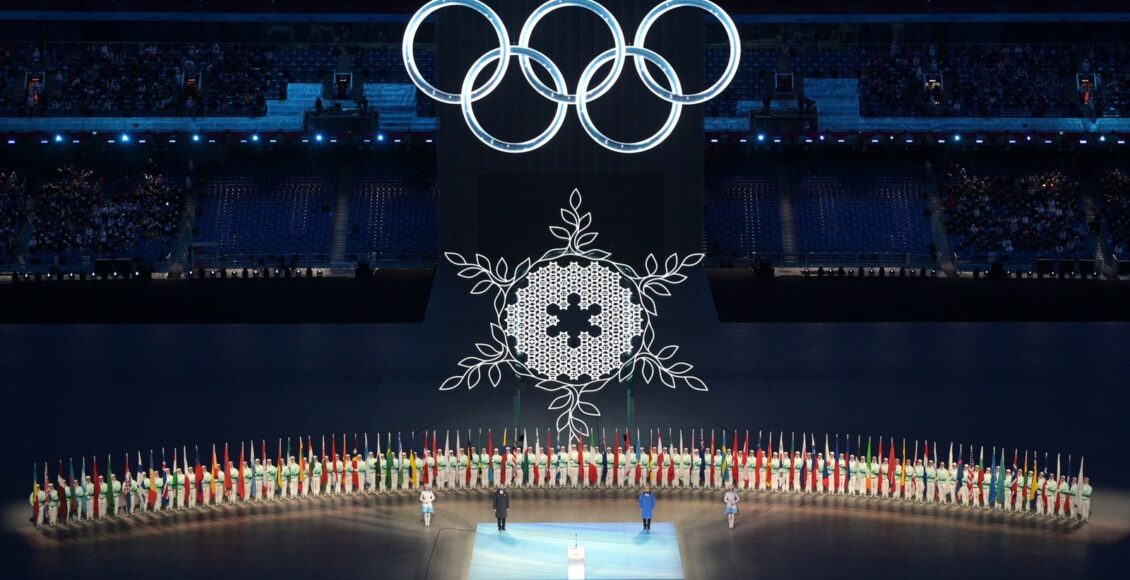 Held on February 4th, 2022, the Beijing Olympics opening ceremony kicked off the event amidst geopolitical tensions and human rights controversies. Leading up to the Olympics, close to 200 human rights advocacy groups had accused the Chinese government of crimes against humanity, referring to the Beijing Olympics as the “genocide Olympics.” Aside from the anti-democratic crackdown in Hong Kong, the detainment and repression of Muslim Uyghurs — an ethnic minority in Xinjiang — has been at the centre of international spotlight.

Approximately 12 million Uyghurs live in the Xinjiang Uyghur Autonomous Region (XUAR), located in Northwest China. While the People’s Republic of China has controlled the region since 1949, the Uyghurs speak their own language and identify themselves as being culturally and ethnically comparable to other Central Asian nations. More than one million Uyghurs have been detained in prison camps, wherein human rights experts have identified alleged practices of forced labour, sexual abuse, torture, and forced sterilization of women.

Barring crimes against humanity, the Uyghur minority faces yet another threat: the eradication of their culture and traditions. China’s attempt to wipe out the Uyghur identity is strategic and calculated. The Uyghur detainees are subject to “brutal reeducation routines,” which coerce them into disowning their language and tradition. In the past few decades, there has also been a mass movement of Han Chinese — the ethnic majority group native to China —  into Xinjiang, ostensibly a move by the Chinese government to water down the Uyghur population in the region.

The Chinese government has denied all allegations of human rights abuse committed in what they refer to as “reeducation camps,” claiming that they were organized to combat extremism and Islamist militancy in Xinjiang. Yet, a number of countries, including the US, Canada, and UK, still performed a diplomatic boycott of the Beijing Olympics. Athletes participated in the games as usual, but no official government envoy from these countries attended the Olympics.

The Olympic opening ceremony is traditionally used to kick off the games with messages of unity and peace. Yet, faced with international criticisms, the Chinese government resorted to capitalizing on the 2022 Beijing Olympics; the opening ceremony was marked with subtle hints of provocative and blatant political gestures.

After a succession of torchbearers passing on the Olympic torch, the two final athletes lighting the Olympic flame were Zhao Jiawen, a 21-year-old Nordic combined athlete, and a 21-year-old cross country skier, Dinigeer Yilamujiang — a member of the Uyghur minority. Selecting the final torchbearer as none other than the subject of political dispute was a clear message to the Western nations that had refrained from attending the ceremony.

The Beijing Winter Olympics opening ceremony also showcased a woman dressed in hanbok, traditional Korean attire. The Democratic MP of South Korea, Lee So-young, denounced China for their recurring behaviour of “introduc[ing] Korean culture as if it were its own.” In recent years, the Chinese media has increasingly made claims to Korean culture, such as hanbok and kimchi, a traditional Korean dish.

The opening ceremony emphasized China’s adherence to its Unified Multiethnic Country theory, with representatives of various ethnic minorities carrying the national flag into the stadium. The Chinese embassy justified the appearance of hanbok by claiming that it represented one of many ethnic minorities in China — Koreans. In response, Hwang Hee, the South Korean Culture Minister, argued that referring to people as a minority “often means they haven’t evolved into a sovereign country. We are among the ten or so largest economies in the world located right next to China.”

However, China’s efforts to advance historical and cultural hegemony over Korea are not a new trend. The Northeast Project, conducted by the Research Centre for Chinese Borderland History and Geography and the Chinese Academy of Social Sciences (CASS) in 2002, was a five-year-long national research project that was widely criticized for spreading China’s nationalist perspective and distortion of history.

Rejecting Koreans’ native origin in Manchuria, the project encompassed Gojoseon, Koguryo, Balhae, and Buyeo — past Korean kingdoms that extended into southern parts of modern-day Northeast China — as parts of Chinese history. By denying Korea’s historical roots and depriving the state of any historical association with the region, it is clear that the Chinese government organized the Northeast Project to declare all traditions and historical events that materialized within its modern-day territory as its own.

Acknowledging Korea’s historical linkage to its territories would force China to similarly recognize other nations’ historical relevance to its corresponding territories — Mongolia’s influence in the Yuan dynasty, Vietnam’s history of the Nanyue kingdom and Baiyue groups, and Central Asian nations’ history in the Western Region — all of which would pose a threat to China’s historical claims.

While the Northeast Project may appear to be China’s attempt to take control of historical scholarship over the region, it is also a preparatory measure to secure its geopolitical interests in the northern half of the Korean peninsula. In the case of the collapse of the Democratic People’s Republic of Korea (DPRK), China’s historical claims would provide grounds for the Chinese government to exercise control over the North Korean territory.

The ongoing conflict between North and South Korea has deep political ties with the US-China rivalry. South Korea, or the Republic of Korea (ROK), maintains a security alliance with the US. There are approximately 28,500 US troops deployed in the ROK: the world’s third-largest foreign US military presence. Neighbouring countries in East and Southeast Asia — Japan, Taiwan, and the Philippines  — also have security alliances with the US.

Thus, North Korea serves as a strategic buffer for China. The DPRK, a socialist state that retains a Mutual Defence Treaty with China, is the one country in the region that does not have bilateral ties with the US. If ever  — in the course of the Korean war  — the ROK was to absorb the North Korean territories, or the two Koreas were to unite under the name of the ROK peacefully, there would not only be a shift in the regional balance of power. North Korea would become another addition to the US alliance — located right under China’s Northeastern border.

At length, it is in the best interest of China to secure its preemptive rights in the region, which entails the gradual adoption of its historical and cultural claims based on territorial supremacy. Similarly, the recognition of Koreans as constituting a significant ethnic minority in China would further China’s grounds for an occupation of Korea. While China takes pride in its ethnic diversity, the state’s persistent efforts to forcibly integrate the population under the aegis of a unified multiethnic country — as with the Uyghur minority — demonstrate its desperation to secure a centralized state.

Featured Image: Opening ceremony of the 2022 Beijing Winter Olympics. Photo by President of the Russian Federation is licensed under CC BY 4.0.