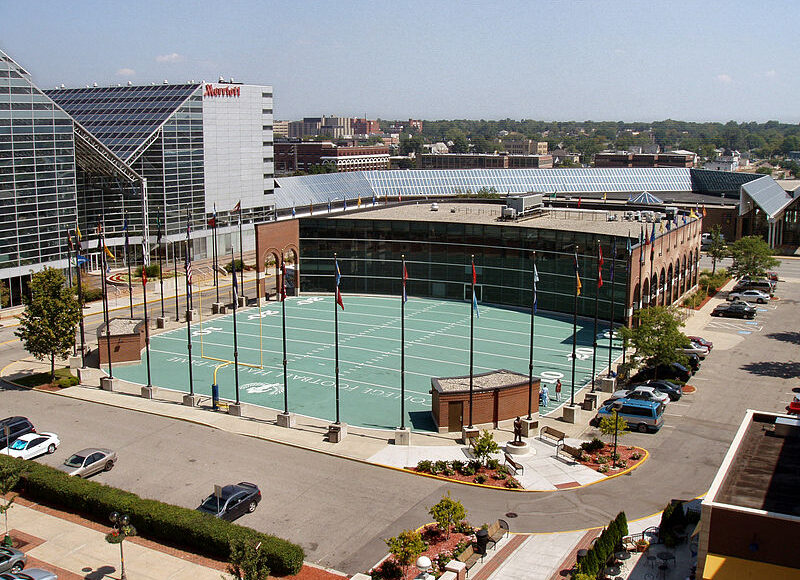 The American college football system administered by the National Collegiate Athletic Association (NCAA) is highly lucrative yet sharply unequal. The Alabama Crimson Tide, one of the premier college football teams in the nation, made a $48.2 million USD profit in 2018 alone. Alabama’s head coach Nick Saban earned a salary of approximately $7.5 million USD that same year. Yet, according to a 2013 study by the National College Players’ Association, 86 per cent of college athletes on scholarship live below the poverty line.

If NCAA players were paid their fair market value, the average college football player would be worth $121,048 according to this same study. Despite these rather astonishing figures, college football players have historically been bound by extremely strict rules that have prohibited them from earning any money or receiving any benefits besides room and board if they are on scholarship. While prior reform efforts have been centered on the unionization of college football players, this movement has somewhat stagnated in recent years. As opposed to discussing unionization any further, this piece will instead detail a separate, major victory in the struggle for financial equity in college football: the passage of California’s Fair Pay to Play Act in the fall of last year, as well as the developments that have ensued.

Historically, the primary mechanism through which the NCAA has enforced its ban on any form of player earnings has been the “improper benefits” policy, the absurdity of which has been made evident on a number of occasions throughout the past two decades. Future NFL wide receiver and Georgia football player AJ Green was suspended for four games by the NCAA for selling one of his championship game jerseys to an agent in 2009. Oklahoma quarterback Trevor Knight famously had to refuse an offer of his favorite Sour Punch candy from the manufacturer on Twitter in 2015, as this itself would be considered an improper benefit and may have resulted in discipline being leveled. Even the signing of autographs in exchange for money has been prohibited under the improper benefits rules.

The implications of the NCAA’s no-benefits policy on players have extended beyond short-term financial duress. Since college football players are eligible to enter the NFL draft once they are three years removed from high school, many players forego their senior year of college (and all the risks of injury that playing this additional year can entail) in order to enter the draft as soon as possible to sign a pro contract. The result is that half of NFL players fail to earn their college degree, and few of them return to finish it once their football career is finished, undermining the supposedly academics-first emphasis of college athletics. While this motivation to turn pro as soon as possible is a sensible one in light of the poverty rate for college athletes, it is also unfortunate, as the average length of an NFL career is 3.3 years and a degree provides a valuable pathway to long-term earning potential once this career comes to an end.

It was in this financially polarized context that the state of California passed the landmark Fair Pay to Play Act on September 30, 2019, with the law set to enter into force in 2023. The law allows student-athletes to hire agents, sign endorsement and sponsorship deals, and earn money for the rights to their Name, Image and Likeness (NIL) if they were to appear in a video game or other media. It is worth noting that the law received bipartisan support, and passed unanimously through both the California State Assembly and the California State Senate. The State Senator who crafted and first introduced the Act, Nancy Skinner, viewed the existing NCAA system along racial and civil-rights lines, in that primarily Black college athletes were being economically exploited by the same colleges for whom they generated massive revenues. Notable supporters of the bill included Senator Bernie Sanders and National Basketball Association (NBA) star LeBron James. Former University of Florida star quarterback Tim Tebow was one of the most well-known opponents of the bill, as he claimed it would undermine the sense of team spirit in college sports in favor of profit-seeking individualism; in Tebow’s words, it would shift players’ mentalities from the “we” to the “me”.

Opposition to the Fair Pay to Play Act from the NCAA itself was swift and forceful. NCAA President Mark Emmert threatened to ban California schools from national playoffs and championships, as he asserted that the bill would unfairly advantage such schools in recruiting top-caliber players, since it would be the only state in which they would be able to earn money. Prior to the passage of the Act, the athletic director of Ohio State University (whose football program is one of the best in the country) declared that he would stop scheduling games against California schools if it passed. In practice, the Fair Pay to Play Act did not lead to the isolation of California college sports teams; it was so popular that it in fact inspired 20 other states across the nation to develop and pass their own NIL bills with bipartisan support, some of which are set to take effect this very summer.

It is tempting to observe the success of the Fair Pay to Play Act and feel as if the battle for economic fairness in college sports is all but won, yet this would be a grave mistake. While the Act will implement several much-needed changes to the college sports system, there are many others it will not. Importantly, the Fair Pay to Play Act does not replace the fallacious “student-athlete” designation of college athletes with an “employee” one, which would allow them to unionize and earn salaries outright. As the NIL system is largely based on the marketability and popularity of individual athletes, it will still leave many lesser-known players and those playing at smaller schools without any means of lifting themselves above the poverty line.  Lastly, the academic shortcomings of the college sports system will persist unless either the NCAA or pro sports leagues themselves take steps to address them, such as implementing a degree requirement for draft entry considering only 1.6 per cent of college football players actually make it to the NFL.

All aspects considered, the Fair Pay to Play Act is a major step towards economic fairness in college athletics. It is a testament to the ability for lawmakers, in conjunction with activists and athletes, to make the very same changes that the NCAA has long declared inappropriate or impossible. Hopefully, the Act is the first of many more steps to come, or, in football terms, a big first down setting up a future touchdown.

The featured image, “South Bend College Football Hall of Fame“ by Derek Jensen (Tysto) is licensed under CC BY 2.0.