Free Transit in Luxembourg: A Question of Sustainability 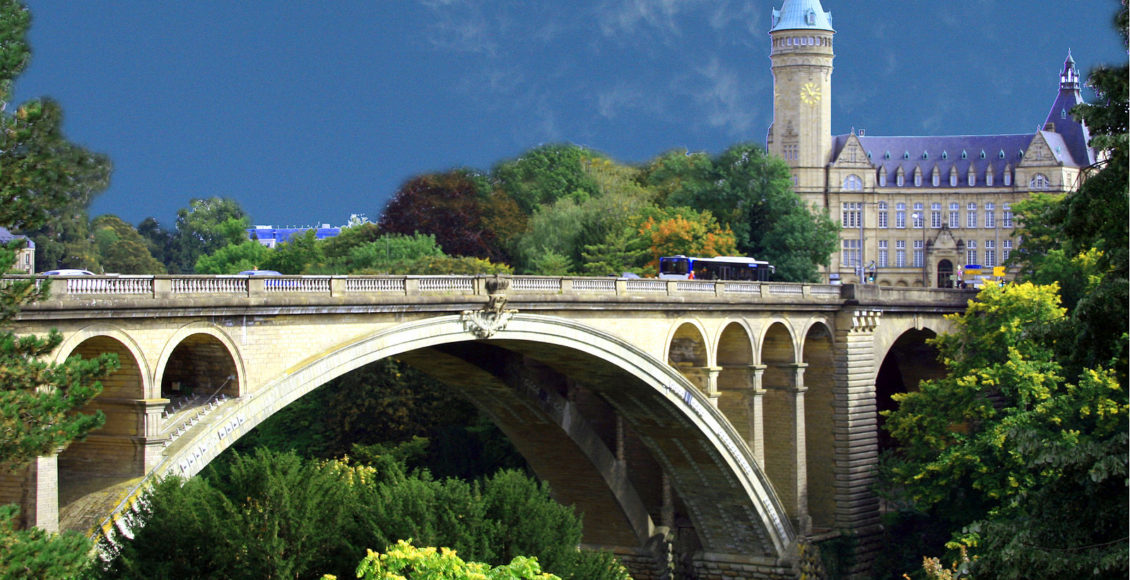 Few nations have a car culture as strong as that of Luxembourg; the Grand Duchy has the highest ratio of passenger cars to inhabitants in the European Union. This, combined with the many commuters from surrounding countries that work in Luxembourg City, yields an obvious traffic problem. Those who live or work in Luxembourg spend, on average, 32 hours per year stuck in traffic, and the figure has been steadily rising in recent years. An improvement in the flow of traffic is essential due to the nature of Luxembourg’s economy, which relies heavily—and will likely become increasingly reliant—on cross-border commuters that depend upon the ability to get to work on time.

In a sweeping attempt to improve circulation within the city, help the environment, and streamline operations, the government has recently announced an initiative that will make all public transport within the country completely free by 2020.

The transport system in Luxembourg is already run with little reliance on income from fares. Yearly costs attributed to the maintenance and administration of the network amount to one billion euros, while ticket fares bring in a measly €30 million. These margins mean that the switch to fare-free operations makes sense—eliminating the need for payment and fare collecting infrastructure will reduce costs to such an extent that keeping the fees would be a poor economic decision.

Traffic congestion is a problem in many nations worldwide, but the viability of applying the model that will soon be tested in Luxembourg on a global scale is questionable, even if the initiative is successful in the small, wealthy nation. The benefits of a shift to a society in which people can easily and thoughtlessly hop on a tram, train, or bus to reach their destinations rather than reaching for their car keys are undeniable, both socially and environmentally. But other factors threaten the realization of this utopia that Luxembourg lawmakers are working towards in their nation.

Generally, air quality is worst in city centres congested by traffic. Reducing the number of vehicles in urban areas and replacing them with cleaner methods of moving people would massively improve the quality of the air immediately. In the longer term, switching to public transit reduces greenhouse gas emissions, potentially counteracting climate change.

Still, other options for green transportation are in the works, and they might be more attractive for consumers due to their customizable, personally-tailored nature. In generally wealthy places like Luxembourg, which has the highest minimum wage in the European Union, costs might not be a great enough incentive to make the switch.

Social Sustainability: Will it Work?

A shift from a culture that idealizes personal vehicle ownership to a culture promoting the use of public transit will not happen overnight, and as the proposed policies in Luxembourg are implemented, new technological developments have the potential to counteract cultural shifts and render new transit-focused laws obsolete.

Problems regarding the long-term global viability of a universal transit model become apparent when considering the trajectory of transportation technology in the near and distant future. In a global landscape in which the forefront of development centres itself on self-driving personal cars and electrification rather than streamlining transit systems, how appealing can a switch to buses and trains really be, especially in a wealthy nation such as Luxembourg? As it becomes possible to move around cities in vehicles that do not require human input and have a very small carbon footprint, the appeal of public transit—which offers these same benefits yet does not offer convenient, personalized service as do personal vehicles—disappears.

Similar initiatives on smaller scales have yielded mixed results; often, those who begin using public transit were walking rather than driving before the fees were lifted. The sheer number of vehicles owned in Luxembourg suggests that a similar pattern might emerge in the nation; it is likely that people will be unwilling to part with their vehicles. Fares in Luxembourg are already some of the lowest in the world; the persisting traffic problem hints at this consumer stubbornness.

Questions raised regarding the prospective benefits of the transit initiative hint at potential issues that could arise in implementing the model elsewhere in the world. Luxembourg’s status as a small, wealthy state places it in a unique context; few other nations have the economic strength to make transit free. Furthermore, in very few places is transportation so vital in driving the economy as it is in Luxembourg. The demand might not exist in places where large quantities of people wrestle with traffic and commute long distances to work. A system that already will face challenges in Luxembourg, which is theoretically the perfect city to test the model in, could face even greater handicaps in less well-suited locations.

Still, for other wealthy Western states that have a relatively condense, efficient, essential transport system, the benefits could render moves in the direction of offering free travel something to consider. Traffic plagues many European and American cities, and this could serve as one vital step towards ameliorating the problem in many urban centres. Despite its potential, the drawbacks could be preventative in many places that do not share Luxembourg’s position.

It is unquestionable that Luxembourg’s groundbreaking elimination of fares in its public transit system will be closely monitored and evaluated as an option to improve traffic circulation and cut emissions worldwide. While at the present, using public transportation is one of the best ways for consumers to reduce their carbon footprints, it is possible that future developments could change this and that the system being adopted in Luxembourg could become outdated before it is able to meaningfully impact people’s habits.

If, however, the move truly does attract consumers to leave behind their cars and free up dense urban areas, this could be the first in a wave of changes that will change the character of global cities as we move forward.