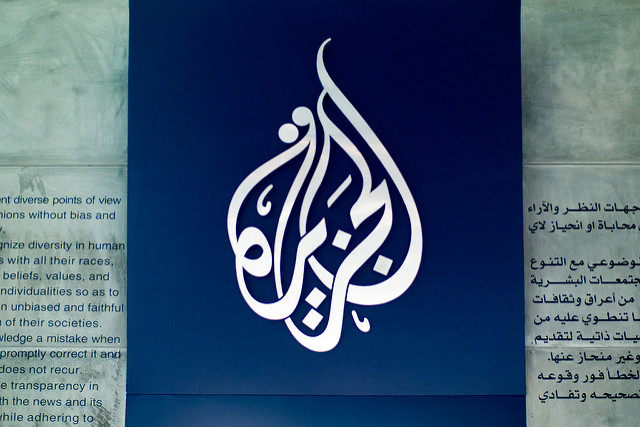 Al Jazeera America, the ambitious U.S. branch of the state-funded Quatari news network, is closing down. Only three years old, the TV network and associated news website became relative safe havens from the mad rush of American corporate media, unique in their determination to cover U.S. news in its appropriate international context. An elegy published on the website, which will close this week, had this to say:

“In journalism they say context is king. Bu 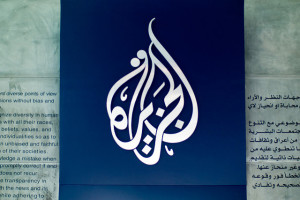 t contextualizing international stories remains an underappreciated virtue in the mainstream media. Human rights stories in faraway lands or besieged but disempowered local communities don’t lend themselves to light reading or generate the volume of web traffic that often drives coverage, nor can they rely on the comfort of shared experiences to foster empathy.”

The article, a last hurrah of sorts, goes on to list the problems of the news media and of American perspective. It emphasizes the failure of domestic news sources to condemn the U.S. for its human rights violations and atrocities.

When it opened its doors in 2013, the company saw 18,000 applicants for 170 jobs. Al Jazeera English, the English version of its main website, already had a record for in depth reporting, especially in the Middle East at a time when many U.S. news outlets were downsizing their overseas staffs. But the new branch had trouble from the start. After buying Al Gore’s network Current for 500 million dollars, Al Jazeera America lost one of its carriers, AT&T, an hour before it began broadcasting.

There was, however, more behind the branch’s failure to get going than bad luck or a faulty business model. Many Americans despised Al Jazeera as the company which broadcast Osama bin Laden’s post 9/11 videos. More generally, it was received with much of the same racism and suspicion that is right now culminating in Donald Trump’s candidacy for president. The major cable distributors like Comcast and DirecTV wouldn’t carry it, as many cable executives feared customer complaints and an increase in graphic content. 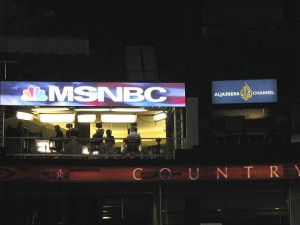 The Bush administration said that broadcasting terrorists was an incitement to violence. A document leaked in 2005 described Bush telling Tony Blair that it wouldn’t be such a bad idea to bomb the Al Jazeera headquarters in Quatar. White House officials at the time claimed it was a joke. During the invasion of Iraq in 2003, a U.S. missile hit the Al Jazeera bureau in Baghdad, killing one correspondent. Joke or no joke, it’s clear that free press meant relatively little to the former president.

Al Jazeera America could have revived the decrepit state of American TV news, and its death signals the impossibility of that project. Having promised to expand its digital platforms to compensate for the loss, Al Jazeera is determined not to lose its festering American audience. Al Jazeera America was a bridge between the problems in Flint, Michigan and those in Damascus. It was a standard of straight news that producers at CNN, MSNBC, and FOX have long since sacrificed. Let’s hope that by expanding their online presence Al Jazeera can retrieve online news from the Buzzfeed Hades into which it has descended.