How America’s Failing Electoral System Will Shape the 2020 Election

Taking a closer look at Republicans’ strategy to suppress voting rights and at America’s eroding democracy. 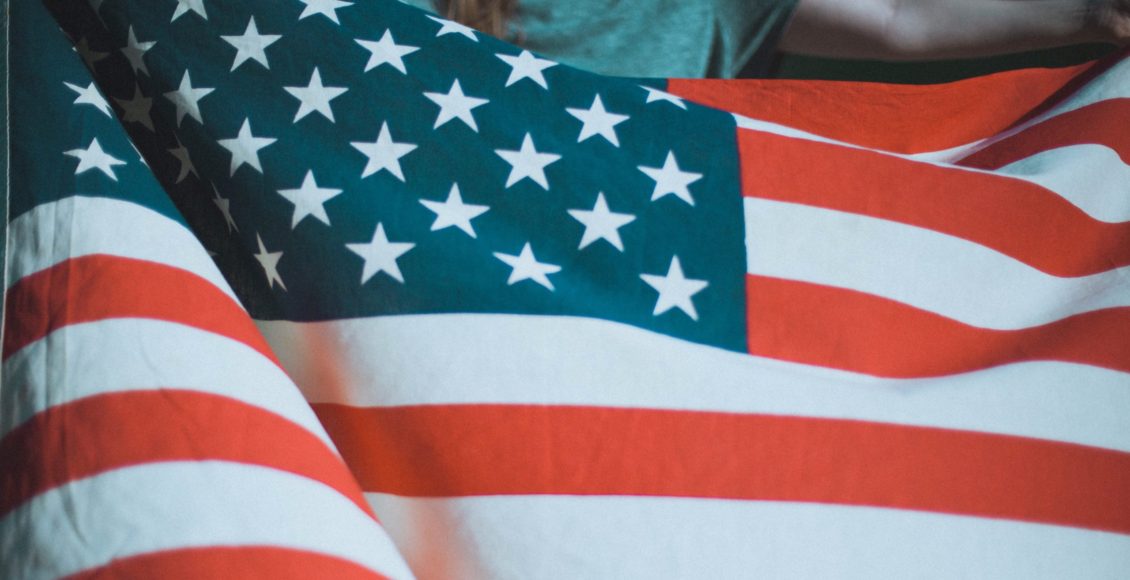 Although America prides itself as a land of freedom and democracy built upon free and fair elections, the reality falls short. For years now, deliberate attempts to discourage people from voting, particularly from the Republican Party, as well as systemic voter suppression and the electoral college system have led to a gradual erosion of American democracy. More than ever, these patterns of manipulation have the power to dangerously shape the future of American politics, starting with the 2020 Presidential election.

A History of Voting Rights and Voter Suppression

While voting is the most basic and arguably most important right in a democracy, historically, too many people in the United States have seen this right taken away from them. Until 1870, voting rights were strictly reserved for white males. Meanwhile, equal voting rights for black men were only legally established by the United State Constitution’s 15thAmendment, which states that the right to vote cannot be denied because of “race, colour, or previous conditions of servitude”.  However, despite the ratification of the 15th Amendment, many barriers such as literacy tests and poll taxes continued to persist. Only with the introduction of the Voting Rights Act in 1965, the “towering achievement” of the civil rights movement, were voters finally protected from states with a demonstrated record of racial voter discrimination.  The Act outlawed discriminatory voting practices and granted the federal government a right of oversight on any changes to voting systems in nine states – predominantly from the South – that had the worst history of voting discrimination and voter suppression. In practice, the law had an immediate impact. By the end of 1965, already a quarter of a million new black voters had registered. However, the Supreme Court’s 2013 ruling in Shelby County v. Holder, freed states from federal supervision and allowed them to change their election laws without any pre-clearance, which effectively stroke down the heart of the Voting Rights Act. Since then, attempts at voter suppression, particularly from Republicans, have been boosted, which has kept a revolting number of eligible voters away from the polls. 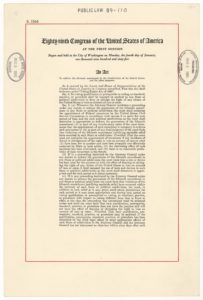 Historically, attempts at voter suppression have existed as long as the right to vote itself. While the Voting Rights Act of 1965 decreased the number of citizens affected by voter suppression, in recent years this number has grown, making it deliberately hard for minorities to exercise their democratic right in US elections. States such as Texas – which were previously under federal jurisdiction under the Voting Rights Act – announced shortly after the Supreme Court’s 2013 ruling in Shelby County v. Holder that a voter identification law would be passed.  Since then, more than half of America’s 50 states have passed similar voter suppression laws. As a result, black voter turnout declined for the first time in 20 years for the 2016 presidential election, dropping by 7% overall. It also comes to no surprise that the Unites States was only ranked 57th in terms of electoral integrity in the world in 2019 and that the country trails behind other western liberal democracy in terms of voter turnout, as only 56% of eligible American voted in the 2016 elections.  These numbers clearly demonstrate the extent to which America’s elections continue to be damaged by a system that excludes too many and is prone to partisan manipulation as well as deliberate voter suppression that, too often, disproportionately impacts racial minorities, poorer citizens, and, more recently, young people.

Voting restrictions have been introduced in more than half of the US’ states since 2010. Via: Twitter.

Voter purge is the process of cleaning up voter rolls by deleting names from registration lists in an attempt to update them. However, cases where the data is faulty or two voters are confused for the same person resulting in eligible voters to be rolled out (often with little choice or notice), show that the process is often flawed. As a result, many Americans eligible to vote have their right taken away from them. According to a study by the Brennan Center for Justice, a non-partisan organization devoted to voting rights and reform, at least 17 million voters have been purged nationwide between 2016 and 2018. More alarmingly, the median purge rate in jurisdictions that were previously subject to pre-clearance under the Voting Rights Act was 40 percent higher than the national average, illustrating how significant the Supreme Court’s 2013 decision has been.

In 2016, approximately 6.1 million convicted American felons were prevented from voting at all. More shockingly, the impacts of disenfranchisement are extremely disproportionate. According to the Sentencing Project, one in 13 African Americans have lost their right to vote as a result of this, compared to only one in every 56 non-black voters. While states, like my own in Florida, have recently voted to restore the right to vote to 1.4 million felons that have left prison, it appears obvious that the stakes of giving back the right to vote to these Americans are extremely high.

Laws banning people with felony convictions in the US date back to the colonial era & remain the norm in much of the nation.

During the 2016 presidential elections, more than 6 million people were affected by felony disenfranchisement. via @rosiewestwood https://t.co/talh6dhPod

In the age of mass incarceration, electoral reforms need to urgently address the issue of voter disenfranchisement. Via: Twitter.

As we have seen already, many tactics have been used to dilute the power of American’s vote. Gerrymandering – the strategic tampering or re-drawing of district lines to favour one party – is perhaps among the most well-known and effective one. Historically, this technique has worked surprisingly well, making results drastically different from one design to another. Republican-leaning states have been especially prone to such corruptions, not only because they are the natural ruling party in the south, but also because they are the most likely to benefit from such tactics.

In all but two states, a winner-takes-all approach awards all electoral votes to the state’s favourite candidate. In practice, this means that 48 states reach a unanimous decision “no matter how small the margin by which one candidate is preferred”. It also means that, since 1824, five presidents, the last four of which were Republicans, have been elected while losing the popular vote, including both George W. Bush and Donald Trump, who won despite being almost 3 million votes behind.

Ultimately, this is problematic because it incentivizes the population to focus on the few ‘swing states’ that are key to secure a victory in the election. In practice, it also means that a minority of voters, in a restrained number of states, have a more important role in the President’s election than voters in other, less unpredictable states. A fair electoral system should value all voters equally and the current electoral college system is, by design, incompatible with the democratic principles on which America was built on.

Given how high the stakes will be in the next Presidential election – continuing down the road of intentional despotism or reclaiming and building a strong democracy – the extent to which efforts are made to prevent people from voting, particularly from the Republican Party and the system which they defend, might, more than ever, play a decisive role.

The Republican Party, whose overwhelmingly white support is becoming a smaller share of the American electorate, has repeatedly favoured disenfranchisement over progress and reform. Specifically, the most effective way Republicans have used to protect themselves has been by suppressing the votes of minorities, the youth, and the poor, all of which overwhelmingly vote for Democrats. In practice, this means that the 2020 election is assured to see more attempts at voter intimidation, gerrymandering and flawed voter purges.

The increasing failures to protect voting rights and its impact on US democracy is an existential and identity threat to America as a whole.  If we finally resolve to address its root we need to start by taking an honest look at how power has slipped out of people’s hands, as well as think about how we can, and cannot, give it back to them. Policies and tactics of voter suppression not only endanger the gains of the civil rights movement, they also threaten the notion of America as a leading liberal democracy. Without a doubt, there is a crying need for policies that would make the political system simultaneously more democratic and better functioning. The need to return the vote to as many Americans as possible is one of them.

If we hold on, or worse, defend the status quo, America risks losing what is most valuable and be sidelined as a player in the fading age of liberal democracies. Ultimately, only by undertaking these bold reforms can America recover a democracy worthy of its name.