Implementation of the Colombian Peace Agreement: An Introduction 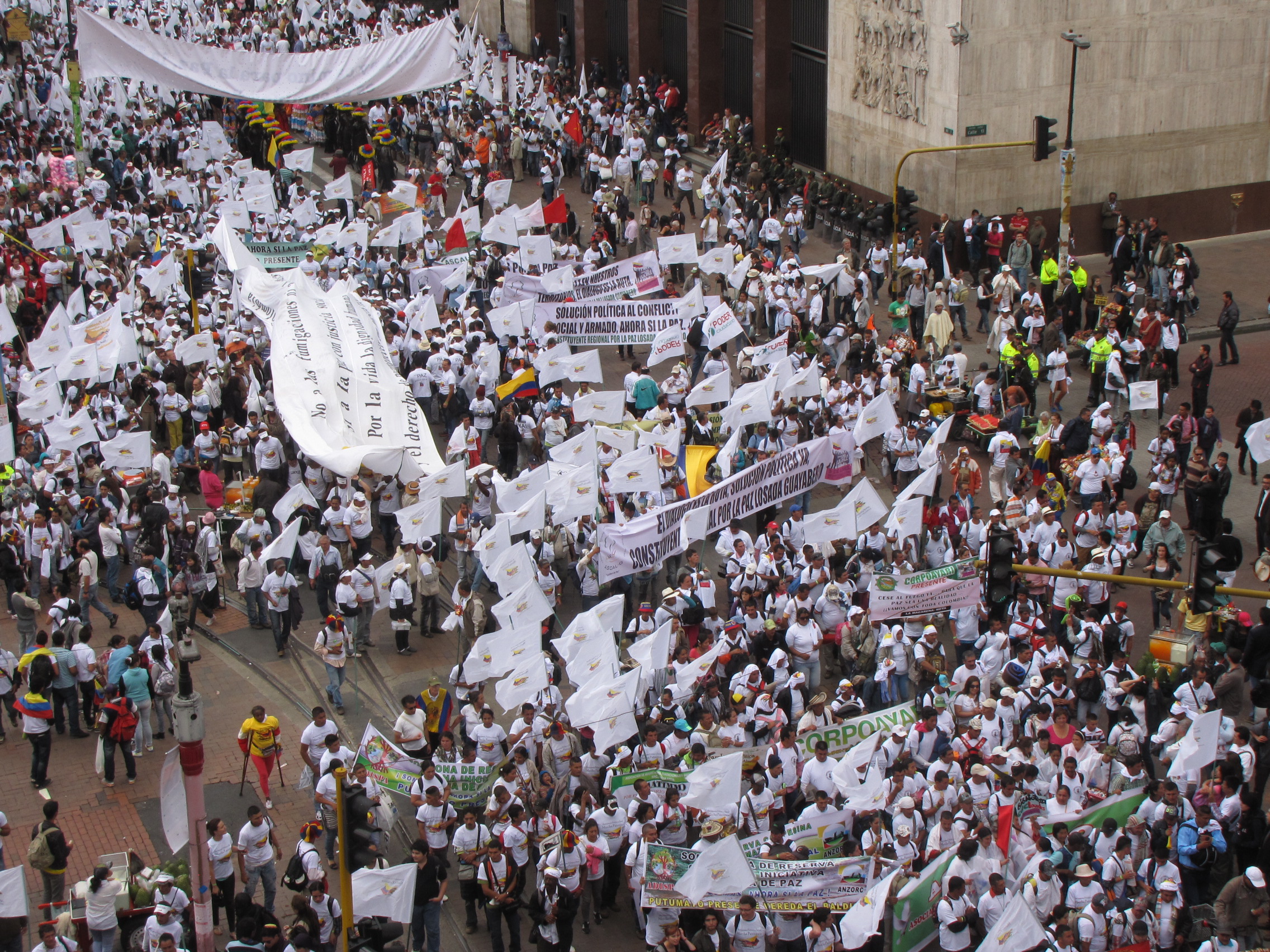 On September 26 2016, the Colombian government and the guerrilla insurgency Revolutionary Armed Forces of Colombia (FARC) signed a peace agreement meant to put an end to 52 years of armed conflict between them. This historical moment garnered international attention. In a world where other conflicts were worsening, Colombia was showing the world that it was possible to find solutions to long-held problems through dialogue. While the agreement could have been sent directly to Congress for evaluation, President Juan Manuel Santos chose to put it under a plebiscite to ensure that a majority of voters supported it. What followed were ardent campaigns both for and against the implementation of the agreement. Some of these were plagued with misinformation. Ultimately, the “No” won by a very narrow margin, leaving the country in great turmoil. Following the awarding of the Nobel Peace Prize to Santos on October 7, 2016, a new agreement was signed and implemented, this time without a plebiscite. The route outlined by the agreement was clear on paper. The agreement highlighted six points. The first was to implement a rural reform so people from rural areas could have access to land and dignifying sources of income for themselves and their families. The second was to open up political participation for the members of the FARC-EP given their historical exclusion in the political arena. The third was to establish a bilateral ceasefire and regroup FARC ex-combatants in special transitory territories so they could give their weapons to United Nations officials and be reincorporated into civil life. The fourth was to develop a Special Jurisdiction of Peace to charge all actors of the armed conflict involved in war crimes and crimes against humanity. The fifth was to begin a program of voluntary substitution of illicit drugs with legal products meant to put an end to the country’s drug trafficking problem. And finally, the sixth established the procedures to guarantee the implementation, verification and endorsement of the agreement. Below I will state what has worked and what has yet to be solved so that Colombia can finally reach peace.

The bilateral ceasefire between the Colombian government and the FARC led to a decrease in armed combat with the direct participation of the FARC. On June 26, 2017, the FARC finished the process of handing around 7000 weapons to United Nations officials, making their demobilization as an armed group official. Furthermore, the number of wounded members of the Colombian Army went down by 97% as of July 12, 2017. Kidnappings, which were mostly used by the FARC as a war tactic to either exchange the people they kidnapped for “political prisoners” (or imprisoned FARC members) or to get money from family members of the kidnapped, went down by 94% by January 2, 2018. Furthermore, according to the Centre of Resources for the Analysis of the Conflict (CERAC), Colombia went from 867 instances of violence attributed to the FARC in 2007 to 13 in 2016 and to 0 in 2017. On Monday, January 15, 2018, the Special Jurisdiction for Peace will finally begin to operate so that victims of the conflict can find truth and closure. Finally, previously FARC-controlled territories can now be visited and studied by scientists, which has led to the discovery of flora and fauna previously unknown to the scientific community.

What Is Yet to Be Solved:

The implementation of the agreement has only advanced by 18% as of January 11, 2018, however. Given the tenuousness of this process and the uncertainty of their situation, around 55% of demobilized FARC members left the territories they were gathered in. Furthermore, between 700 and 1000 FARC dissidents (the exact number has not been confirmed) are still using weapons and causing mayhem as of November 23, 2017. The FARC dissidents, the insurgency guerrilla National Liberation Army (ELN) and apolitical criminal groups are now competing for control of the territories with vast coke plantations that the FARC left behind, such as the city of Tumaco. Among the devastating results of these new and oftentimes ambiguous waves of violence are the constant assassinations of social leaders in the country, which increased by 45% as of January 7, 2018. Currently, the Government is undergoing negotiations with the ELN, now the country’s biggest guerrilla group.  So far, the horizon is not too bright in these negotiations. A bilateral ceasefire between them was broken and the ELN has escalated its violence in five departments.  Along with the people of the affected departments of Nariño, Norte de Santander, Arauca and Chocó, FARC leader and current presidential candidate Rodrigo Londoño has asked that negotiations between the Colombian Government and the ELN continue. Finishing these negotiations with the ELN will be of utmost importance for the country to be closer to a stable and lasting peace.

This blog will be updating information every week on the process of implementation of the peace agreement and the difficulties confronted along the way. It will also provide relevant historical insights into the causes of the armed conflict and will offer commentary when warranted.