It’s A Man’s World: The Worrying Trend of Hyper-Masculinity in World Leaders 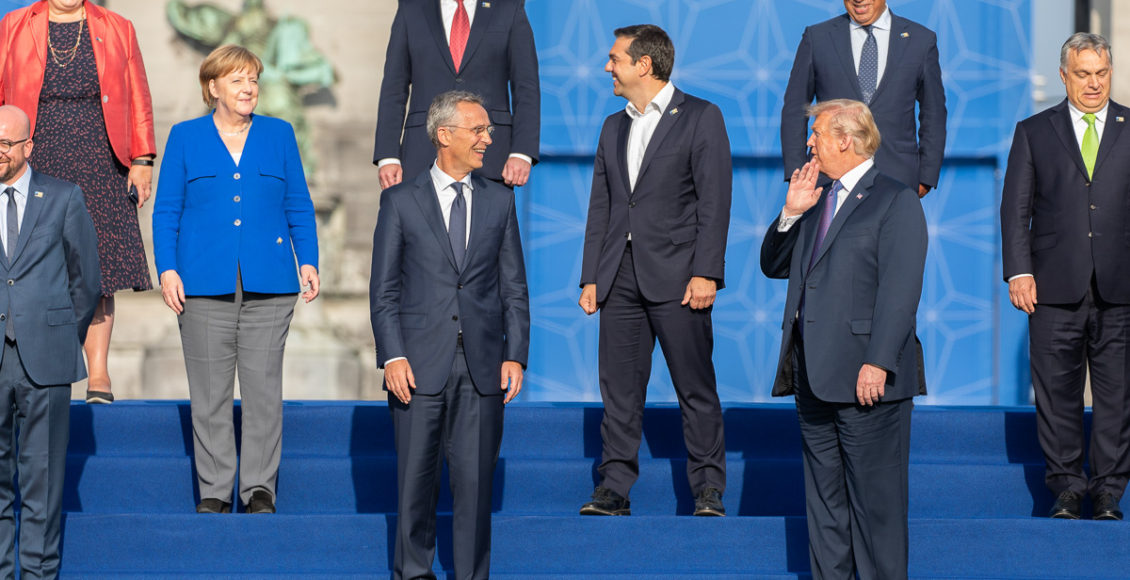 On October 28th 2018, far-right candidate Jair Bolsonaro won Brazil’s presidential election. Bolsonaro is notorious for his shocking rhetoric and his archaic attitude towards women and the LGBTQ community. He has claimed that after having four sons, having a daughter was the result of a moment of “weakness.” In 2014 when a female lawmaker accused him of rape, his response was to dismiss her as not “worth raping” because she was “too ugly” and not his “type.” As a former army-general, Bolsonaro intends to relax Brazil’s gun laws, and has stated that “a policeman who doesn’t kill isn’t a policeman.” In addition, he advocates for hitting children, and has suggested that spanking a boy that shows “signs of being gay” is the best way for parents to ensure their son will become a “proper” man. Rather than hindering his political career, Bolsonaro’s abhorrent statements helped propel him to the presidency.

Dubbed “the Trump of the Tropics,” Bolsonaro is merely the latest in a line of ostentatious strongmen whose jocular masculinity seems to appeal to the general public. This is partly the result of societal connotations that deem manliness to be inherent to strong leadership.

Similarly, US President Donald Trump also regularly fetishizes brash masculinity. After the Stoneman Douglas High School shooting, Trump claimed he would have “run in there” even if he did not have a weapon. Press secretary Sarah Sanders justified this statement by saying that Trump was “touting his ability to be a leader.” However, he was evidently also using depictions of his exceptional masculinity and strength as a political tool.

The President has also ridiculed efforts made by the NFL to make American football safer for athletes, claiming that they are “ruining the game” by making it less dangerous. He glorifies violence, adamantly insisting on the necessity of a military parade to “top” the one he saw in France on Bastille Day. Trump boasts about groping women, rationalizing his statements as “locker-room banter”. He even changes the tone of his voice to appear more “macho,” adopting a “working-class” style of speech as a part of his “tough guy” persona; Trump always makes sure he is the loudest person in the room.

The emphasis on hyper-masculine characteristics in national leaders can also clearly be seen in numerous more authoritarian states. Notably, Russia’s President Vladimir Putin has crafted an image of uncompromising masculinity in order to come across as a powerful and tenacious leader. Widely publicized photos of Putin doing stereo-typically manly things like hunting, martial arts, and riding horses shirtless serve to further his reputation of hyper-masculinity. This can also be seen in Hungary’s Prime Minister Viktor Orbán’s obsession with soccer, as well as Belarus’ President Alexander Lukashenko’s frequent presence on the hockey-rink. Additionally, Czech President Miloš Zeman has waved a mock assault rifle inscribed with the text, “for journalists” at a press conference – a thinly veiled attempt at asserting dominance.

With Bolsonaro’s sweeping victory, Trumps enduring presidency, and Putin’s firm grasp on power, the political climate has become dominated by alpha-males, making it even harder for candidates who do not fit into this narrow interpretation of leadership to reach positions of power.

When Hillary Clinton campaigned in 2016, she consistently emphasized how she would “shatter the highest-glass ceiling” and make history as the first woman to become U.S President. This resulted in a misogynistic backlash, particularly amongst republicans – but the election’s media coverage was also riddled with sexist terminology. She was criticized for not smiling enough, even though her opponent retained a perpetual pouty frown. Her voice was dubbed “shrill” and “nagging,” while Trump’s was declared “assertive.” Her attire was parodied.  Her wifely competence was questioned – despite Trump having divorced three times. Certainly, there were several other factors which led Hillary’s presidential bid to be unsuccessful: particularly a sense of disenchantment with the system that she represents. Nonetheless, the election clearly showcased the different attitudes held towards male and female candidates. Hillary Clinton’s femininity became a disadvantage; it made her “unpresidential”.

Women who win elections rarely do so by capitalizing on typically feminine traits or stressing the fact that they are women. For instance, German chancellor Angela Merkel has made a point of playing down her gender throughout her political career. Merkel does not identify as a feminist, and did not underscore the fact that she was Germany’s first female chancellor. She has crafted an uncontroversial and steadfastly dull public persona, as an “implicit contrast to male swagger.”  This can also be seen in the case of UK Prime Minister Theresa May. Described as “secretive and rigid,” the British PM rarely emphasizes her womanliness.

Moreover, Brazil’s only female president, Dilma Rousseff, started her political career as a guerrilla fighter during Brazil’s military dictatorship. An economist and “career bureaucrat,” Rousseff was described as having a “no-nonsense managerial style” and was notorious for lacking the charismatic appeal of her predecessor. Instead of leaning-in to their femininity in the way that other presidents aim to highlight their masculinity, Rousseff, Merkel, and May preferred to not make it a point of contention at all.

Undeniably, the normalization of hyper-masculinity in politics does not only harm white, straight, cisgendered-women. The concept of characteristics being either masculine or feminine is generally a social construction in itself, and the issue is that the “masculine” is preferred over the “feminine.” The farther an individual strays from the idealized notion of man, the more difficult it becomes for them to have a say. In addition, ideas of hegemonic masculinity also creates barriers for men, as they are discouraged from expressing typically feminine traits like sensitivity, empathy, and compassion, even though these are virtuous attributes to possess.

This raises the question of why stereo-typically masculine traits are seen as preferable to feminine traits when it comes to leadership. Why are masculine attributes associated with strong and just leadership?  Do Putin’s equestrian abilities make him a better or more competent president? Research shows that these gendered views on leadership are social constructions, based on what we believe a president ought to look like and how they ought to behave.

As Trump and Bolsonaro continue to capitalize on public discontent, and Angela Merkel announces her intention to step down by 2021, it remains unclear when the world’s negative spiral of far-right machismo will come to an end. However, the US midterms were a beacon of hope, showing a record number of women and LGBTQ candidates elected to Congress. This increased female representation could lead to more productive and diverse political discourse, and will hopefully help shift societal views on gender and leadership in the future.