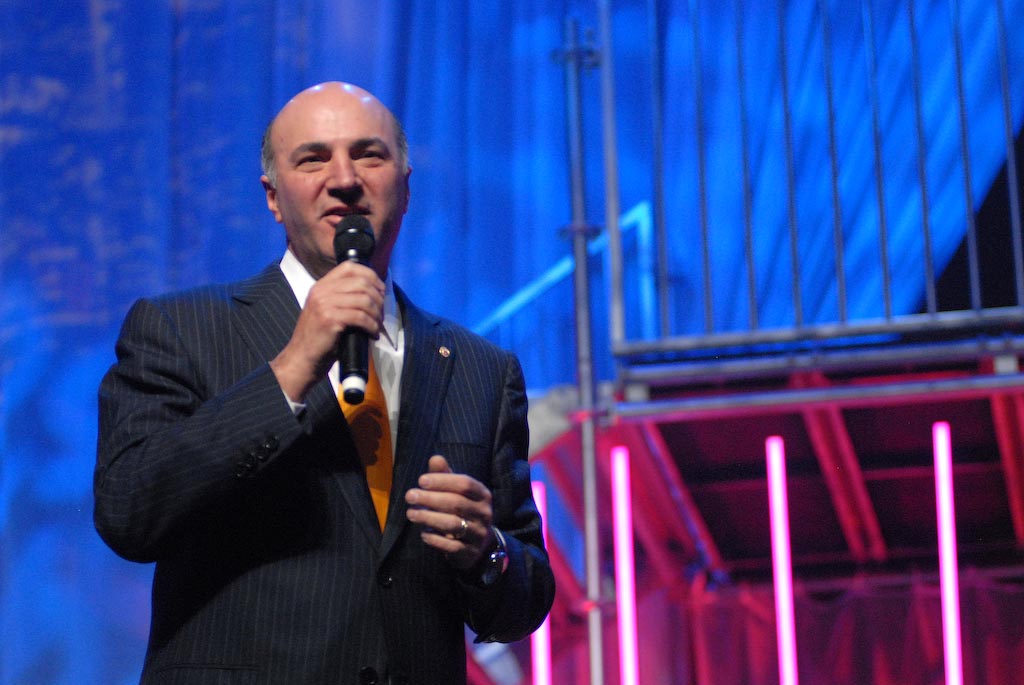 Business barbarian by day, Mr. Wonderful by night. If you didn’t think Kevin O’Leary had stocks in Canadian politics, you might as well be Steven Harper because this Quebec-born Anglophone just entered the race for Conservative leadership.Kevin O’Leary is well known for being an outspoken businessman and entrepreneur. He also has a reputation for TV stardom; being a staple for Dragon’s Den as well as Shark Tank, both shows where entrepreneurs try to acquire investments by a panel of celebrities in the business world. A good business sense does not always translate well into politics and with a temperament like O’Leary’s, his stubborn decision may not bode well for an entire country’s future.

His entry into the conservative leadership race was prompted by 40,000 people, of whom eagerly wanted him to join the fray, voicing their opinion on his website. .O’Leary explained that “Canadians are looking for a prime minister who is not a career politician; a prime minister who will fight for them, and is not afraid to tell them how it is.” O’Leary wants to be a politician for the people. A leader with not a strong connection to the federal government but rather one that can challenge it with his renowned business background. This tactic at face value is one orange tan away from a North American Donald Trump and several connections are already being made between the two businessmen. They both were known for their more than respectable reality TV careers and had an affinity for the publicity they received. In order to stray away Trump-esque persona, the people have to take O’Leary seriously in a fashion that doesn’t involve untrue facts or outlandish lies. Their roots dig deeper when business defines their fame. A smart business man can make a satisfying amount of money but to deceptive businessmen like Trump and O’Leary, that’s not enough. Both these men are exceptional at cutting deals that benefit themselves, parasitic or not, all that matters is if they come out on top. In terms of voter popularity, the populist persona is the stance O’Leary’s going to have to take and the only way to maintain such a strategy is with sugarcoated community manipulation. An ideal such as this flows with the conservative stream in being a locally strong government party. This allows O’Leary and his conservatives a grasp on the “in-group” in society allowing them to reap benefits and deals when the opportunity arises. At this point democracy influence is just a shallow pond and the groups that do benefit O’Leary’s decision get a piece of the cake, even if a strong majority opposes it. O’Leary even mentioned that he is the son of immigrants, and disapproves of the shallow minded, conservative campaigner, Kellie Leitch. To O’Leary, her immigrant screening proposition was “un-Canadian” so don’t fret, the idea of a giant beaver dam glued together by maple syrup on the border of Canada is certainly out of the question. Although the few similarities to Trump may seem distasteful in the eyes of Canadians who watched the U.S election unfold, this is can be seen as an important ordeal for the Conservative party in terms of popularity and how to challenge the likes of Trudeau’s campaign.

On a rather crowded stage, the conservative leadership race is already underway where recently 13 of the candidates finished a French-Language debate, 3 of whom were Francophones and the rest left to hopefully make it through with their second language. Kevin O’leary, being late to this party, means that he has some campaigning to do. That is the least of his worries; his only ties with the Quebec community is his birth certificate and he does not know a lick of French. It’s not against the law to only speak English and run for office, but due to the party’s history in having an advantage due to Quebec’s support, it certainly is an important advantage. Although this may hinder O’Leary’s chances of sitting on the Conservative throne, O’leary thinks otherwise by stating how his fluency in the “language of jobs” will have more of an edge when debating Trudeau two years from now. In fact, former Prime Minister Steven Harper won the majority of Canada in 2011 without winning over Quebec so not meeting eye-to-eye with the people of Quebec isn’t the end of the world. Even though O’Leary is a newcomer to the race, his larger than life fame to his name places him in the limelight, easily putting him ahead of most of the lackluster hopefuls he’s up against (especially the struggling Anglophones).

That fame is not only contained in the leadership race because If O’Leary drives past the Conservative round and arrives facing Justin Trudeau, he probably has a higher leverage at beating the renowned 2015 “Apec hottie” in popularity than any of the other conservative candidates. Justin Trudeau won a historic election for the Liberals in 2013 due to several reasons; a strong social media presence, memorable moments throughout his campaign, a new unique charm for Canada and more importantly, a strong millennial support. O’Leary is going to have realize that millennials are only going to become more and more invested with the elections to come. Although his hair follicles may not have the same strength as Trudeau’s, O’Leary’s his television personality certainly does. Showcased on shows like Dragon’s Den which started in 2006, and is still strong to this day with the current show: Shark Tank, O’Leary almost always stood out as the investor with the most moxie. This means the majority of millennials who even caught a glance of his TV appearances at a younger age would recognize who he is just based on his noticeable and unforgettable business personality. To those who stuck with him for his appearances up to this date practically grew up with him, but this is just a TV personality and nothing truly political to show for. When a strong personality arises, the populist shtick is only evident which entails; false promises, manipulation and the uncertainty of a hopeful future.

Former Dragon’s Den investor, Arlene Dickinson, thinks along the same lines. In her opinionated CBC article, Arlene outlines why the stubborn personality of Kevin O’Leary won’t make a smooth transition into politics with the main reason primarily being that O’Leary is an opportunist. This can definitely be frowned upon in a Canadian community where compassion and sympathy is a global stigma. Canada is no where near perfect in terms of social issues such as racism and acceptance. O’Leary’s harsh judgement and impulse to act on his intuition may lead Canada in the opposite direction in terms of social justice. Self-interest in politics does not win any votes, but if O’Leary could convince the citizens that his interest lies with the Canadian people he could use this double-edged sword to slay the mighty Liberal Dragon that is Trudeau. Just like on TV, all eyes are on Kevin O’Leary in this conservative race.O’Leary’s success depends on how well he connects with the Canadians of today and how he can prove that his opportunist thinking will unite Canada, not divide it.