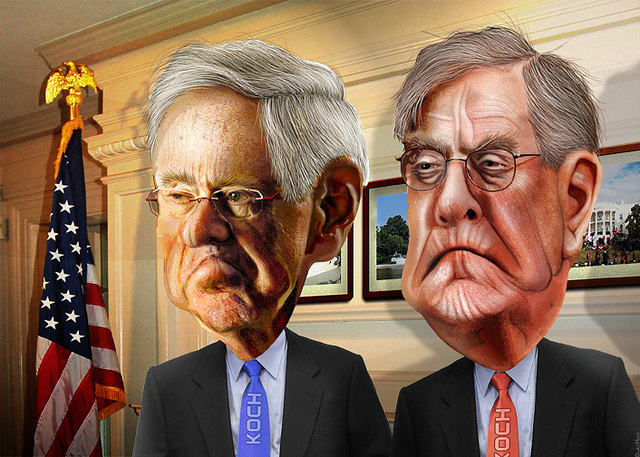 In 2010 Jane Mayer wrote an article in the New Yorker about Charles and David Koch, the billionaire brothers and owners of Koch Industries who, by creating an expansive network 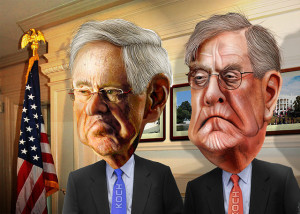 of SuperPAC’s and nonprofits, have become the shameless centerfolds of corporate influence in politics. In it, Mayer mentions one of the more colourful examples of Koch money productivity: the rise of the Tea Party. At an early manifestation in 2004, Tea Party activists attended a summit at a hotel ballroom in Austin, Texas, billed as a “populist uprising against vested corporate power”. David Koch’s “charity” the Americans for Prosperity Foundation, however, was the inconspicuous sponsor of the event designed to train Tea Party recruiters.

Not long after her article was published, Mayer was accused of plagiarism in an earlier work after an anonymously provided dossier of claims against her was sent to a number of news outlets. The original writers from whom she had supposedly stolen, however, dismissed the claims entirely, and after three years’ investigation she traced the complaint to its source, a small ring of Koch henchmen working with a private investigating firm. The investigators had not only trumped up the plagiarism charges but had dug into her past looking for college friends, anyone who could help them to ruin her reputation.

Mayer had done the one simple thing people like the Kochs hate most: pointed out everything they were up to. Most importantly, she had exposed the irony in their paying for a supposed “populist uprising against vested corporate power”. Americans for Prosperity, the non-tax-deductible sister of the Americans for Prosperity Foundation, pumped political blood into the Tea Party movement, which all the while portrayed itself as a populist revolt against established powers, whose rapid growth over the course of a few years was supposed to be a happy accident. Without Koch money, though, humankind would have entered into the second decade of the new millennium never once having heard the name Sarah Palin, except of course for a few Alaskan store clerks and a handful of Russian fisherman exchanging whistles with her across the ocean each morning at sunup.

Americans for Prosperity has led a campaign of “grassroots tours” across the country, spending millions of dollars to fire up political support. These Koch brother Tea Party rallies, which revolve around themes of deregulation and increased oil drilling, have a single bottom line apparently unbeknownst to many of their attendants: to pave over any remaining obstacles in the way of Koch In 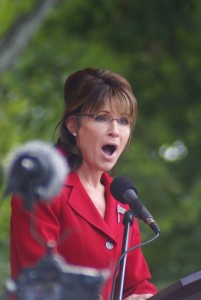 dustries, a 115 billion dollar monstrosity of a corporation. It is easy to see, when people like Mayer point it out, the ridiculousness in calling a Koch-funded movement grassroots.

But organizations like Americans for Prosperity thrive on invisibility. As a tax-exempt nonprofit it is not required to release information on donations or sources of funding, the one condition being that they cannot directly endorse a candidate (a condition which has apparently been very vaguely interpreted). They spend their money preserving the movements and campaigns they’ve raised and on making sure that no one calls attention to the shadow organizations funding them. This is all, ultimately, our own fault. Americans and Canadians alike while away the hours sleepily to the tune of the sport-like delusions we are offered by people like the Kochs, in the forms of political debates and ridiculously overwrought news coverage, while big money pushes around the pieces. On the other hand, waking up from this dream means sacrificing the hit reality show “Sarah Palin’s Alaska”, among other things. I’m not sure anyone is ready for that kind of a world.