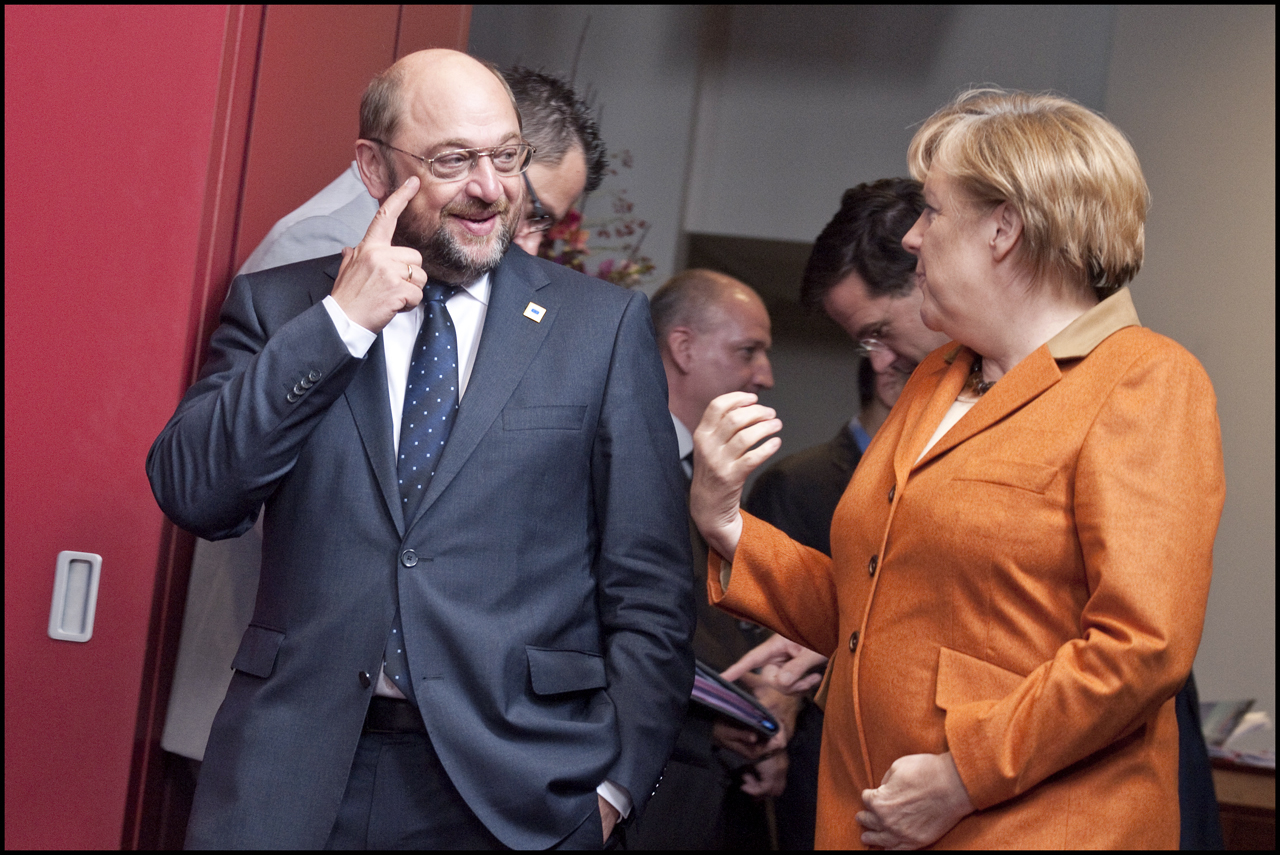 By all accounts, 2017 was supposed to be an absolutely atrocious year for the liberal left. Coming on the heels of Brexit, the Spanish socialists’ capitulation, Matteo Renzi’s resignation, and, you know, some other stuff, this was supposed to be the year where the left is given historically brutal thrashings in the Dutch, French, and German elections. It started off poorly enough, with the conservative candidate for the European Parliament defeating the socialist one, leaving conservatives in charge of all levers of the EU – Commission, Parliament, and Council. (For what it is worth, however, this election did result in the European-level grand coalition falling apart, clearly a result of European decision-makers having read this previous column of mine.)

But recently, there have been a few glimpses of hope. The assumption that the French election would feature a runoff between free-market right and nationalist right is being challenged by liberal Emmanuel Macron’s momentum. And the German social democrats (SPD), who have recently sunk as low as 20% in polls, suddenly finds itself with momentum as its leader, Sigmar Gabriel, unexpectedly stepped down in favour of the considerably more popular Martin Schulz. This came following a long and tangled game of musical chairs involving the positions of German president, foreign minister, social-democratic leader, and the Presidency of the European Parliament. (The Netherlands, it should be noted, still seems like a hopeless case).

Schulz’s nomination seems to have made all the difference. According to one pollster, the SPD has gained as many as 10 points, moving from 15 points behind incumbent Angela Merkel’s conservatives to only one point three weeks later; another even has the SPD ahead of the conservatives, 33 percent to 32 – their best result in a decade. Multiple head-to-head polls between the two chancellors has shown Schulz ahead of Merkel by double-digits. (The discrepancy between the party vote and personal vote can be explained by the fact that more small parties are likely to support Schulz, like the Greens and the Left Party, than Merkel.)

To explain this, some supporters point to his charisma (uncommon in German politics) and rhetoric – filled with passion, laced with humour, and emotionally resonant – which he has used effectively to highlight a sense of economic insecurity common among lower- and middle-class Germans. Some point to his biography – he dropped out of high school and battled with depression and alcoholism in his 20s, before training as a bookstore keeper, being elected mayor of his hometown, and then slowly climbing up the political ladder in Brussels – as burnishing his “man of the people” credentials.

Others highlight Schulz’s “outsider” persona. The Social Democrats have been in a grand coalition with the conservatives for eight out of Merkel’s twelve years in office, holding several key ministerial positions; this, in addition to Merkel’s liberal positions on immigration, minimum wage, nuclear power, etc., has created to the impression that socialists and conservatives were “two wings of a larger centrist party, presided over by Merkel, rather than two competing parties representing opposing policy-platforms”. Schulz, on the other hand, has never held office at the national level and is not associated with the grand coalition in Berlin, making his attacks on Merkel’s record sharper and more believable.

This new competitive atmosphere has been applauded, the reasoning being that if the SPD can put forth a strong alternative platform to Merkel, this would take away votes from the nationalist-populist Alternative for Germany (AfD), who have already seen their polling begin to falter. Even if he ends up losing, as the reasoning goes, he has given a reason for more Germans to become engaged in politics – already the Social Democrats have seen more than 4,500 new members.

But perhaps it is not just his existence that is good for German politics, but also the content of his platform. While his domestic policy positions are still vague, his beliefs on the European Union are much clearer. The Union is unsustainable as it is – visible enough to be the punching bag of national politicians but not visible enough to take credit for things it does well; in control of monetary policy (through the European Central Bank) but not fiscal policy, a setup that has been devastating for economies in recession; democratic in some regards but opaque in many others. Proposals to overhaul the governance of the Union to make it more visible and accountable, however, have generally been received coldly by Merkel’s cabinet, which has generally treated EU issues as a series of crises (Greek debt, migration, Brexit) to be managed.

Schulz, however, continues to fiercely and passionately defend the principles of the European Union, which he has called the “civilization’s greatest achievement of the past century”, and he has already had an impact on how the Union is run. Through his five years as Parliament President (think “Speaker”) – the longest tenure of any President yet – he fought to increase the visibility and power of the Parliament, the one democratically accountable European body, as opposed to the Commission (think “Cabinet”) or the member states. In addition, in the run-up to the 2014 European elections, he was instrumental in guaranteeing that it would be the parliament who would present candidates for Commission President (think “Prime Minister”) to the people, rather than having the post be filled afterwards through backroom deals between national governments.

And he has more ambitious plans in this area. Several months before the end of his tenure as Parliament President, he published, along with then-SPD chair Sigmar Gabriel, a ten-point plan in which he proposes further European integration as a reaction to the Brexit vote. Here he essentially calls for full federalization – an autonomous, powerful European government responsible to the European parliament and voters, with total control over policy areas like foreign affairs, immigration, and defense, as well as a much larger role in spurring growth and innovation and reducing unemployment. A federal system where European and national politics are separated would streamline decision-making and increase accountability – European voters would know exactly whom to credit or blame for European errors and would vote accordingly.

Of course, it is not remotely guaranteed that such far-reaching reforms would happen if Schulz wins the election – many of Merkel’s hesitations simply reflect the hesitations of the German people, which Schulz obviously cannot ignore. However, his decades of experience at the European level exposed him to the myriad frustrations and limitations of European policy making as it exists today, and also left him with very good working relationships with Commission President Jean-Claude Juncker and other key players of the European Parliament. If the French government plays ball (and they have generally been eager, at least more so than Germany), a Schulz government would present an excellent chance for the EU to finally tackle its so-called democratic deficit.

To be clear, there is still a significant chance that Schulz’s polling will have fallen by the election in late September, as his party actually begins spelling out concrete policy proposals rather than vaguely referring to “more justice”. But this election is likely to be the most intensely contested one since at least 2005 – Angela Merkel herself has admitted as much.

Some opponents have already started attacking his personality-driven, light-on-details campaign focusing on economic frustration as Trump-like – a comparison that is, of course, hysterical; it is unimaginable that Schulz would ever blame economic problems on immigrants or Brussels or the media. (Some themes that Schulz has begun hammering on, however, are taxing the wealthy and more investment in infrastructure and education, so if anything, a much better comparison would seem to be Trudeau and his “sunny ways”.)

Perhaps there is one similarity between the two, however. The /r/the_schulz subreddit has gained significant attention and bewilderment from the German media for its efforts to meme Schulz’s way into the chancellor’s office, directly taking some jokes from the /r/the_donald community (like praising the “high-energy” “God-chancellor”) and paraphrasing others (“building bridges instead of walls” to “Make Europe Great Again”).

Their efforts are a reminder that politics in 2017 remain as unpredictable as ever – but unpredictability can work in our favour, too.