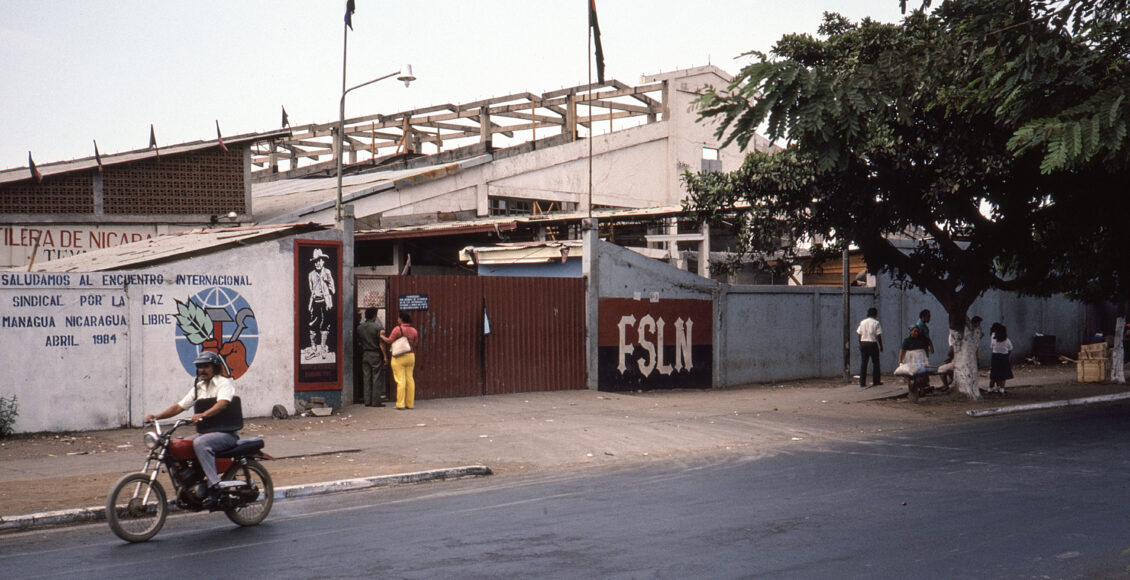 On November 7, 2021, a general election took place in Nicaragua. The sitting president, Daniel Ortega, was quickly elected to his fourth term. The United States quickly dismissed the election as farcical, with President Biden issuing a statement that same day referring to the elections as a sham. Various media outlets followed suit, and the Organization of American States (OAS) quickly urged action against Nicaragua. These types of condemnations and media portrayals are not new for Nicaragua; they follow in the footsteps of a long and contentious relationship between the US and the small Central American country, along with the rest of Latin America. In this context, America has traditionally used claims of repression and election fraud to justify intervention in the region and in Nicaragua itself.

Studying the 1984 Nicaraguan general election helps to illustrate the nature of America’s relationship with Nicaragua. Political critic Noam Chomsky’s book Manufacturing Consent compared the coverage of that election in US media to those of El Salvador and Guatemala, two countries with US-aligned governments in power who also held elections in the early-to-mid 80s. Like the election this year, the 1984 Nicaraguan election was portrayed as a sham, unlike the other two countries whose elections were praised. However, the book concludes that such depictions are not based on objective conditions but rather follow the US government’s political alignments. While Nicaragua was accused of suppressing electoral opposition, Manufacturing Consent concludes that the El Salvadoran and Guatemalan elections occurred under far worse conditions, including the presence of US-backed death squads. Despite this, they still did not face the same widespread condemnation. Meanwhile, Nicaragua was also being subjected to various US hostilities, including regular incursions by US-armed rebels known as the Contras.

This year, accusations of rigged elections and electoral suppression were raised well in advance of the actual election in light of the arrest of around forty opposition leaders. It is important to reiterate the United States’ previous attempts at destabilizing the Sandinista government, which have had a lasting effect on the political situation in the country. While this may not justify the detention of these individuals, several of the arrested candidates are linked to the US’s past efforts in Nicaragua. One example is Cristina Chamorro Barrios, who was arrested in June and is the current vice president of the Nicaraguan newspaper La Prensa. This newspaper has a history of aligning itself with right-wing politics: Manufacturing Consent describes it as representing a “small, ultraconservative minority” that “supported the contras and a foreign-sponsored invasion of the country” in 1984. Another such candidate is Arturo Cruz Jr., who was himself an active Contra in the 1980s and associated himself with the CIA and US State Department-backed rebel group United Nicaraguan Opposition.

Another significant concern regarding Ortega has been his government’s use of violence against protestors, most notably in 2018. These arose after proposed tax and pension system reforms and resulted in conflicts with government forces, leaving numerous casualties, including over 2800 injured and 500 dead. This has led to an exodus in the last few years, with over 100,000 Nicaraguans fleeing feared persecution. In light of the election, this has raised more serious issues relating to the suppression of civil opposition to the government. Such willingness towards violence does not inspire confidence that Nicaraguans can appropriately express their views and disagreements with the government. While certain polls have been used to show the FSLN’s popularity, it remains unclear whether these results have been influenced in the party’s favour under these circumstances.

However, the election’s turnout appears to hold promise for Ortega’s voters. At 65 per cent, it was higher than any election year in recent US history except 2020 (at 66.9 per cent) despite calls for a boycott. Certain factors could explain Ortega’s popularity among his supporters despite the violence exercised in the last few years. For example, his government has contributed to several improvements in Nicaraguan living conditions. Poverty has decreased significantly during his tenure, with the number of Nicaraguans living off less than 3 dollars a day going from 27.1 per cent in 2005 to 12.8 per cent in 2014. The government has also taken on several renewable energy initiatives: the country increased its share of renewable energy from 25 per cent to 52 per cent between 2007, the year prior to his election, and 2015. Social issues like gender equality have also been a focus of Ortega’s government. According to the World Economic Forum’s Gender Gap Index, Nicaragua’s score increased from 0.65 in 2006 to 0.796 in 2021 — an improvement that outpaces its neighbours. Over 40 per cent of its lower-house and ministerial positions are made up of women, making it one of the best performers in gender equality in Latin America.

The measures taken as a result of the condemnations against Nicaragua’s elections should also be scrutinized. On November 10, President Biden passed the RENACER act into law, which imposed a variety of sanctions on the country. Sanctions have long been part of the US’ arsenal against states it labels regimes but often come at the expense of local populations, such as in Cuba. And when these claims of fraud are not necessarily substantiated, you get situations like Bolivia.

In 2019, the OAS issued an audit claiming electoral fraud in favour of the leftist Movimiento al Socialismo (MAS), Bolivia’s ruling party resulting in similar condemnations and sanctions by the United States. These condemnations started a political crisis that saw President Evo Morales step down, and the conservative opposition leader Jeanine Añez claim the presidency through a contested vote in the legislature. However, the OAS’ claims were later criticized for being potentially based on statistical errors, and the subsequent government proved to be very unpopular. It was also found to have violently suppressed opposition. It is worth noting that Bolivia has defended Nicaragua’s elections by both acknowledging the electoral process and abstaining from the OAS’ condemnation.

Based on this information, it appears that condemnations made by the US or its allied countries are not always made on a reliable basis, instead functioning to support the US’ own interests. Even if the claims are taken to be true, foreign interference can hinder actual democratic processes, as seen in Bolivia. The Nicaraguan election may very well be corrupt in some way, but the United States is condemning Nicaragua and Ortega not because of potential vote-rigging, but because it serves the state’s political agenda.