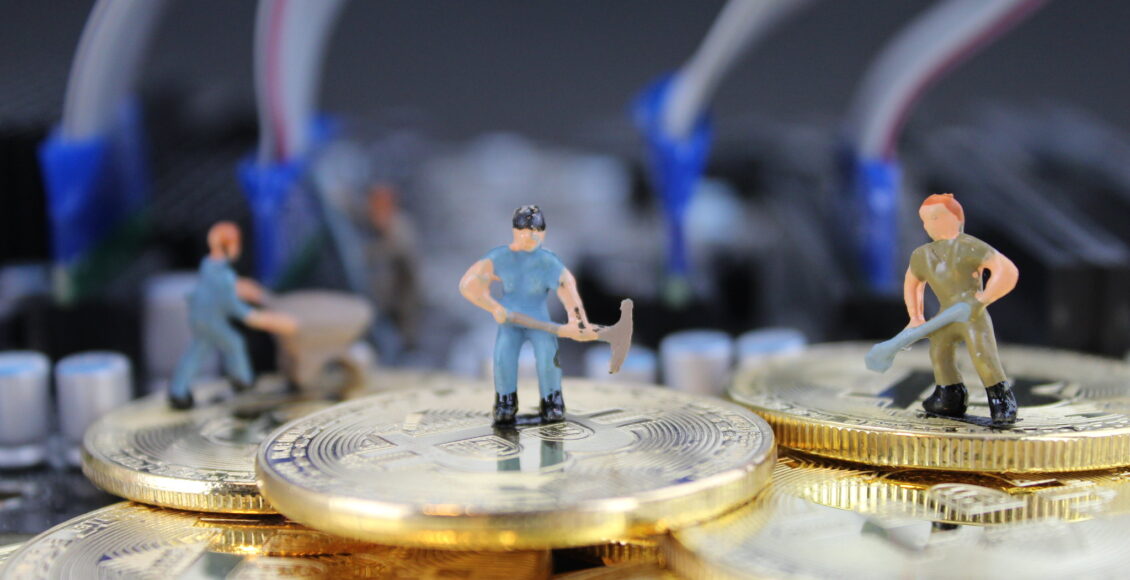 On February 7, 2021, the Central Bank of Nigeria (CBN) released a press statement reminding Nigerians of the ban on cryptocurrencies that have been in place since 2017. As the country with the third-largest Bitcoin trading volume globally, Nigerians’ increasing use of cryptocurrencies reflects a loss of trust in the state’s traditional currency — the Nigerian naira — which the CBN has so far unsuccessfully tried to protect.

Cryptocurrency refers to decentralized digital money, allowing individuals to make peer-to-peer transactions on the internet without involving banks as intermediaries. Cryptocurrencies are protected by blockchain, an anonymous and transparent ledger, and encrypted using cryptography, which ensures their value. Created in 2008, Bitcoin retains the highest market value — currently worth around $56300 USD— in staunch competition with 4000 other cryptos presently circulating the globe. That said, Bitcoin’s price changes constantly due to its high volatility, extenuated by the general speculation and uncertainty surrounding cryptos.

Paradoxically, it is this volatility that makes Bitcoin technology so attractive to Nigerians and finance enthusiasts all over the world. While risky, investing in cryptocurrencies can prove to be a lucrative business, enabling opportunities to amass large sums of personal wealth — a rare feat in Nigeria. Trading Bitcoins is relatively accessible and simple for most, with a mobile phone and internet connection being enough to start investing. The possibility of a success story and the availability of crypto is what keeps attracting millions of Nigerians to Bitcoin, making Nigeria one of the global leaders of cryptocurrencies.

Nigeria’s “crypto rush” has been attributed to a weakness of the country’s economy and the regular depreciation of Nigeria’s currency, the naira. In 2020, Nigeria’s economy fell into severe recession due to the COVID-19 pandemic and falling oil prices. “Black gold” crude oil represents 80 per cent of Nigeria’s exports and half of the government’s total revenue. As a result, Nigeria’s economy is a victim of the “resource curse,” because of the country high dependency on volatile petroleum prices. Thus, when the global price of oil collapses, so does the Nigerian economy.

The pandemic has prevented the government from generating other revenues due to a worldwide decrease in consumption and investment, meaning Nigeria can’t stimulate the economy with fiscal policies like Biden’s $1.9 trillion American COVID-19 relief package. The current economic crisis has been further aggravated by damage caused by the previous economic recession in 2016 — also caused by low oil prices. Nigeria’s dependence on oil has resulted in a weak economy, making an unorthodox crypto investment an even more attractive bet.

In response to falling oil prices and Nigeria’s recessions, the CBN decided to depreciate the naira. Currency depreciation will decrease the value of the naira relative to other currencies, resulting in increased export competitiveness. For example, one USD equalled 360 nairas in January 2020, compared to 380 today. However, this level is artificially maintained by the CBN, as one dollar is worth 480 nairas in the black market — revealing how weak the naira truly is.

The naira’s depreciation from the CBN was expected, as it should boost Nigeria’s exports by lowering their prices and increasing revenue for the state. That said, in the long run, continuous depreciation can lead to a decrease in trust regarding a country’s currency. This fall in confidence manifests both domestically through its population and internationally through the perceptions of foreign countries and investors.

Nevertheless, a weak naira will likely hold as Nigeria suffers from sticky inflation, which hit 17 per cent in March of this year. High inflation causes a general rise in prices, decreasing Nigerians’ purchasing power and thus pressuring the central bank to depreciate the naira further. As Nigeria’s currency slowly loses value over time, Bitcoin and other cryptocurrencies appear most appealing to use for transactions, trade, and investment.

As of January 12, 2017, it has been illegal for Nigerian banks to have any activities related to cryptocurrencies. While the CBN does not have the power to forbid individuals from holding cryptos personally, it can – and has – closed bank accounts exchanging in crypto. In addition to deterring banks and people from using Bitcoin, the crypto ban has made exchanging cryptocurrencies into dollars or any other currency a burden.

The CBN’s move to prohibit cryptocurrencies is most certainly an attempt to protect the naira’s status and value. But, the central bank has also argued that banning cryptocurrencies will favour the common good, as cryptocurrencies contribute to criminal activities like “money laundering, terrorism financing, purchase of small arms and light weapons, and tax evasion.” Crypto has been linked to the facilitation of illegal actions as transactions made in Bitcoins are untraceable and anonymous.

For example, in 2015, a man pleaded guilty to receiving payment in Bitcoins concerning international arms trafficking and money laundering. This illegal activity represents only a small minority of all crypto activity, as the criminal share of all cryptocurrency activity was 0.34 per cent in 2020. Traditional currencies like the United States dollar, the euro — or even the Nigerian naira — are still widely used for criminal activities as cash transactions remain anonymous and untraceable.

Above all else, the CBN’s move to ban crypto can only be seen as a move to protect a depreciated naira. Still, the weak Nigerian economy coupled with the increasing accessibility and profitability of cryptocurrencies have caused a “crypto rush.” In this paradox of accessibility, profitability and restrictions, cryptos will face an uphill battle in forging a place for themselves in the Nigerian economy.