By Rebecka Eriksdotter Pieder On Dec 9, 2019 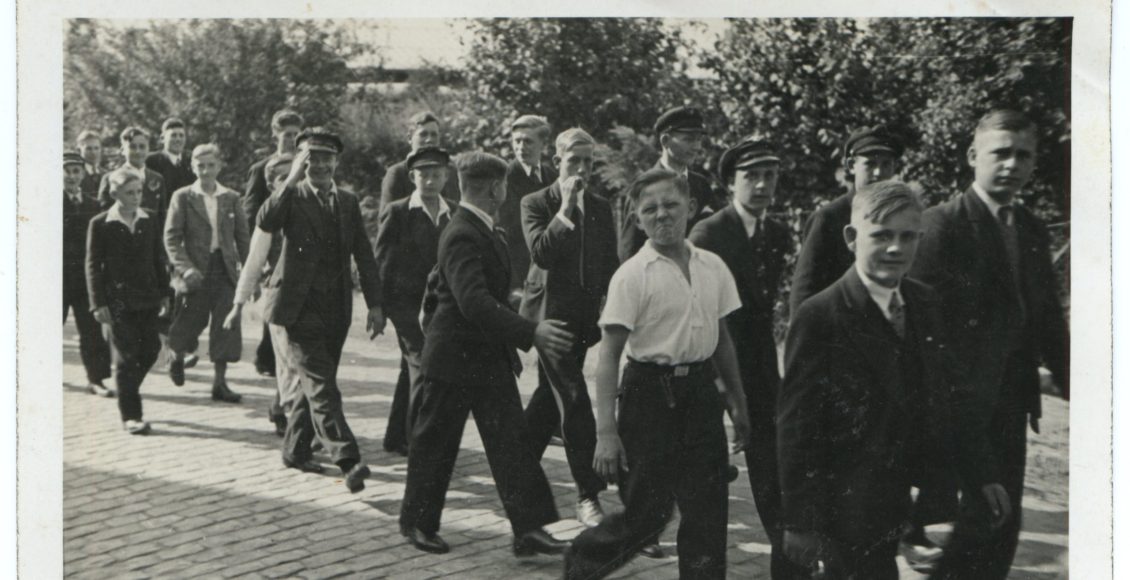 “Never trust anyone over thirty,” said activist Jack Weinberg in 1964 during the counterculture movement. His offhand statement quickly caught on as a mantra for youth activists; it created a sense of community for young people, while summing up their disenchantment with the establishment. Of course, the phrase was not literal; there were many protestors over the age of thirty who still actively participated in the movement, but the insult was not aimed at them. Rather, it was meant to berate those who were resisting the inevitability of change. Ironically, many of the baby boomers that lived by this mantra in the 1960s are currently facing similar criticism from a new generation.

In a video clip on TikTok that went viral in October 2019, a gray-haired man in a baseball cap berates the application’s younger users stating: “The Millennials and Generation Z have Peter Pan syndrome: they don’t ever want to grow up”. This condescending comment prompted retaliation en-masse by teens and twenty-somethings; using the application’s “duet” function to respond, they would hold up signs with the phrase: “ok, boomer”.

A meme account explains why “ok, boomer” is useful for teens.

For a long time now, many Baby Boomers—generally people born between 1946 and 1965—have expressed their grievances towards young, “lazy” Millennials—people born between 1980 and 1996. The Boomers claim that Millennials are unable to “buckle down and get a job.” Meanwhile, the younger generation retaliates by saying that Boomers are “out of touch”. Generation Z, born between 1996 and 2015, has also received their fair share of criticism. They’ve been accused by the older generations of always being “on their phones” and stuck in a “different world”. At the same time, Gen Z blames the Baby Boomers for much of the rising inequality and political polarization, as well as the intensification of climate change. This has created an overall generational disconnect, and an inability to communicate, which has led Gen Z to reject the feud altogether.

Tensions between young and old is not a problem unique to the 21st century. Arguably, every era sees the youth rebelling against the establishment in one form or another. As time passes, each young generation has a new cause to fight, which is often first misunderstood by the elders. In the 20th century, youth protests may have been sparked by unnecessary wars, or outdated views on marriage. Nowadays it’s often climate change and advancing attitudes on gender expression. Despite new causes, the notion that “parents just don’t understand” is reiterated in some form every decade. However, this time there is a new crucial factor to consider: the rapid advancement of technology, and how it has transformed what it means to be coming of age. Unlike the counterculture movement of the 1960s, where protesting occurred in the open, we have the internet, a new arena for rebellion, where Gen Z has home-court advantage.

In this TikTok, humour through song is used to poke fun at the generational divide.

The origins of “ok, boomer” are unclear, with some claiming that it was first used on Reddit and others on Twitter. However, it has recently been spread through the Gen Z dominated application, TikTok, an app similar to Vine that allows users to create short videos. The proliferation of the term has grown extensively over the past year, with memes, merchandise and videos using the phrase. “Ok, boomer” was also made into a song with lyrics such as: “I’m not even a millennial, I’m Generation Z”, referring to how baby boomers are so out of touch that they often get the two mixed up.

“Ok, boomer” is partly a reaction to the structures built up by Baby Boomers that Gen-Z feels has rigged the game against them. Young people find it ironic that college is expensive, the planet is on fire, and no one has health insurance, yet it’s the boomers that judge the youth for their choices. It’s a meme responding to those who say “just work harder”: the remark is intentionally cutting. The New York Times dubbed it the “digital equivalent of an eye-roll”. After years of condescension and misrepresentation, rather than defending their choices, Gen Z and Millennials are choosing to simply shut the argument down.

25-year-old New Zealand lawmaker Chlöe Swarbrick was giving a speech supporting a climate crisis bill when she was heckled by an older member of Parliament. She simply said, "OK boomer," and kept talking, unfazed. https://t.co/49oo2N6O3t pic.twitter.com/jxXIyDcyKa

Recently, the phrase was even used in a more formal setting: New Zealand’s parliament. During a scathing speech on climate change, 25 year old Green MP Chloe Swarbrick, used “Ok, boomer” to silence the heckling of an older politician. Fittingly, the moment occurred just as Swarbrick was discussing the disappointment her generation feels in past law-makers for failing to deal with the issue of climate change. In an op-ed for the Guardian, she explained this spontaneous response as a symbol of “the collective exhaustion of multiple generations set to inherit ever-amplifying problems in an ever-diminishing window of time.”

Unsurprisingly, the response to the viral meme is not all positive. Many baby boomers call it ageist, with one radio host going so far as to call it the “n-word of ageism”. After receiving some backlash, the radio host doubled down on his comments, tweeting “Being hip and flip does not make bigotry ok, nor is a derisive epithet acceptable because it is new”; this, of course, immediately prompted hundreds to respond “ok, boomer” on twitter. In addition, many op-eds argue that the phrase furthers generational divides, and suggests a lack of understanding for the actual struggles of the older generation. Others claim that this is just another example of millennials whining.

Writer Sophie Saint Thomas makes fun of the hypocrisy of those who took offense.

Of course, not all boomers took offense. Recently, Disney heiress Abigail Disney, took to Twitter to defend the meme stating: “face up to the fact that the world is changing fast but you are not, you are old.” The 59 year old heiress said that young people had “understandable resentment” towards past generations with regards to how they have handled political issues, and the state of the world that they have left behind.

The meme is undoubtedly a product of the fast-paced internet era. Older generations that grew up without social media and meme culture appear to have a hard time understanding how “kids these days” communicate. This inadvertently widens the generational gap, as baby boomers, millennials, and Gen Z all seem to speak completely different languages. Appearing to accept that the inter-generational debate has gone on for so long it has become redundant, “ok boomer” implies that the older generation so fundamentally misunderstands Gen Z that attempting to explain oneself is pointless.

Yet, the meme is arguably a response to something bigger than a simple generational gap. Really, anyone can be a boomer, it’s not about age. Naturally, age is a contributing factor, but as shown by Abigail Disney, not all baby boomers are boomers. “Ok, boomer” is rather a clapback to people who hold outdated views and are judgmental about how the world is changing. And the world is changing fast. In a time of “woke culture” and “cancel culture”, anyone can be shut down and called a boomer.

By the time the older generation has caught up with the youth’s jargon, it is often already passé

The phrase is more than just “parents don’t understand”; it is a deep-rooted sense of bitterness at the future left for Gen Z to grapple with, and frustration at the judgment hurled at them when they deal with it as best they can. Ironically, considering the short life cycles of internet memes, the time of “Ok, boomer” is likely already over. Yet, the widening of the inter-generational gap persists. As technology continues to disrupt traditional ideas of communicating and coming of age at a rapid pace, today’s Gen Z may be tomorrow’s boomers.

Featured Image: By Kai Heinrich on Flickr, under CC BY-NC 2.0