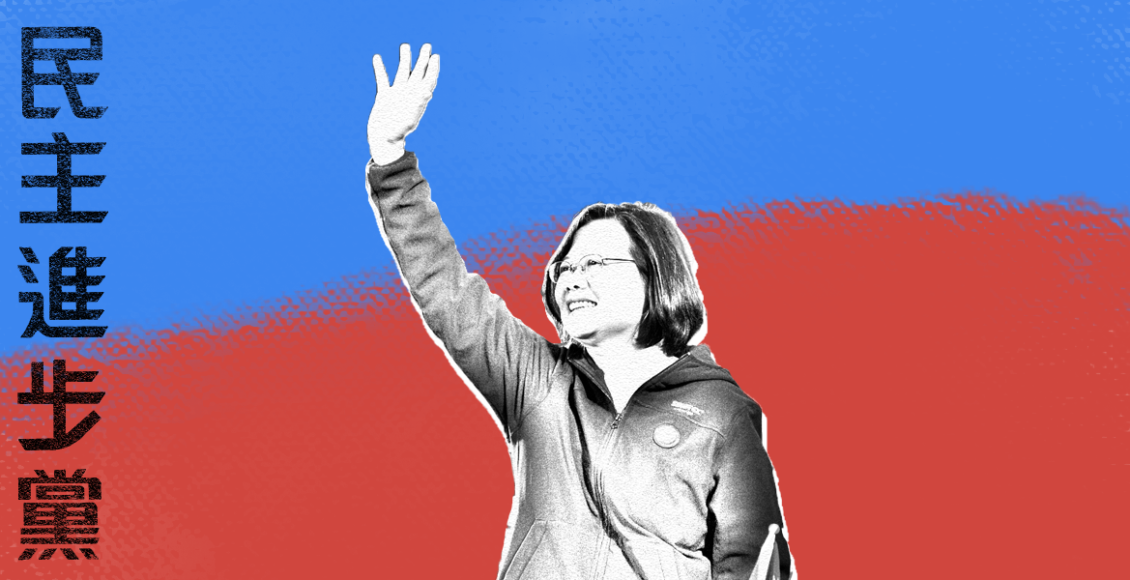 “The results of this election carry an added significance,” Tsai told supporters in her acceptance speech following the election, “because they have shown that when our sovereignty and democracy are threatened, the Taiwanese people will shout our determination even more loudly back.”

While opinion polls over the last month left the results of Taiwan’s elections to be expected, for most of her first term Tsai’s re-election was far from certain. In November 2018, Tsai’s Democratic Progressive Party (DPP) faced a crushing defeat against China-friendly Kuomintang (KMT) in the nation’s local elections. Following the loss, Tsai resigned as chairman of the DPP and as the incumbent president faced a competitive primary challenge against William Lai, who she ultimately defeated in June 2019. With this in mind, what factors have led to Tsai’s astonishing turnaround?

The Role of the Hong Kong Protests

Without a doubt, one of the key galvanizing forces that propelled Tsai to victory is the ongoing turmoil in Hong Kong. Since June 2019, the Special Administrative Region of China has been embroiled in large-scale protests regarding the proposal of an extradition bill threatening Hong Kong’s autonomy. While the extradition bill was formally scrapped in October 2019, protests rage on. Protestors have outlined five core demands calling for vast changes in Hong Kong’s political system and greater autonomy from Beijing’s creeping control on Hong Kong.

Last January, Chinese President Xi Jinping reiterated calls for cross-strait reunification under the “One China” principle. In this speech, Xi urged Taiwan to follow the Hong Kong model for eventual unification, stating that the ‘one country, two systems’ approach is “a peaceful solution to the Taiwan question.” Should Taiwan opt for independence, however, Xi threatened the self-governing island nation: “we will definitely not leave any room for separatist activities aimed at “Taiwan independence” in any form… We do not renounce the use of force and reserve the option of taking all necessary measures.”

The violent crackdown of protestors and the deployment of Chinese troops in Hong Kong have left Taiwanese voters anxious over China’s encroachment of Taiwan’s independence. KMT candidate Han Kuo-Yu, who captured 39 percent of the vote, ran as a populist outsider promising to improve ties with Beijing and kick start the economy. Han previously described Taiwanese independence as “more scary” than syphilis and met with China-friendly Chief Executive Carrie Lam of Hong Kong, moves which only further served to make him a deeply divisive figure. Tsai capitalized on this by positioning herself as the pro-Taiwan candidate, recognizing China as the island nation’s most significant security threat and plainly stating that she would not allow Taiwan to become the next Hong Kong.

Another significant factor that secured Tsai’s re-election is Taiwan’s sustained economic growth, despite deteriorating relations with Beijing. In the past two decades, the survival of Taiwan’s economy has long believed to be based on cross-strait economic integration. Both Tsai’s predecessors, President Chen Shui-bian (2000-2008) and President Ma Ying-jeou (2008-2016), adopted relatively open economic policies towards China. In this time period, the share of Taiwan’s total exports to China (including Hong Kong) rose from 24.4 percent in 2000 to 39.0 percent in 2015. In terms of imports, Taiwan’s total imports to China (including Hong Kong) has increased from 4.4 percent in 2000 to 19.3 percent in 2015. While Tsai has worked to diversify economic relations since her election in 2016, during her first term China was still Taiwan’s main partner in exports and imports.

The trade war between the United States and China disrupted the status quo. To avoid US tariffs, China-based Taiwanese firms have started reinvesting in their homeland with some encouragement from Tsai’s government. As of December 2019, Taiwan has reportedly received NT$840 billion  (~CA$36 billion) in domestic investments. Similarly, Taiwan’s investment in China dropped 53 percent between January to November 2019. With the economic growth rate forecasted at 2.72 percent in 2020, Taiwan is poised for continued growth even as it pulls its money away from China. This is obviously not without its caveats: 90 percent of Taiwan’s ICT (information and communication technology) products in 2017 were made in China. As Taiwan’s ICT industry is important to its export-oriented economy, the nation may still suffer under the pressures of the trade war. But this is a far cry from the economic “crisis” Han claimed Tsai is responsible for due to her government’s role in the China-Taiwan diplomatic rift.

The Embrace of a Distinct Taiwanese Identity

While the Chinese state may claim that both sides of the strait can find common ground on the basis of the one-China principle, the majority of Taiwanese people see themselves as distinctly Taiwanese. In the most recent poll conducted by the Election Study Center, National Chengchi University in June 2019, 56.9 percent of respondents identified as solely Taiwanese. In the same poll, 3.6 percent identified as Chinese, and 36.5 percent identified as both Taiwanese and Chinese. On the 1992 Consensus, which the Chinese state argues serves as a tacit acknowledgement from both sides that there is only “one China,” 84.1 percent of the Taiwanese public reject the consensus, according to a poll conducted by the Cross-Strait Policy Association. Tsai and the DPP have rejected the 1992 consensus on multiple occasions.

Tsai Ing-wen tweets to supporters following the results of the election.

As Xi’s government continues to threaten Taiwanese sovereignty, Taiwan’s decision to re-elect Tsai should be met with praise. Tsai’s stand against China has been vindicated by tear gas and police brutality in Hong Kong, the cultural genocide of Tibet, and the ethnic cleansing of Uyghurs in East Turkestan. The Taiwanese electorate is well aware that the stakes are too high to risk electing a government sympathetic to Beijing. The re-election of the DPP is a commitment to Taiwanese resistance against China’s efforts to coax and coerce the island nation into reunification in any form. The democratic system of government and civil liberties that Taiwan presently enjoys was hard-fought over many decades of political repression. With the DPP at the helm, they’ll have a steady hand who will defend these freedoms and their democracy.

The featured image is an original work by the MIR Graphics Team. The image of President Tsai Ing-wen is adapted from 01.01 總統、副總統出席「中華民國109年元旦總統府升旗典禮」 by 總統府 under the license CC BY 2.0.

The views and opinions expressed in this article are those of the authors and do not necessarily reflect the official position of the McGill International Review or IRSAM.