Pitfalls of Lifestyle Activism: Why the Women’s Marches Are Not Enough 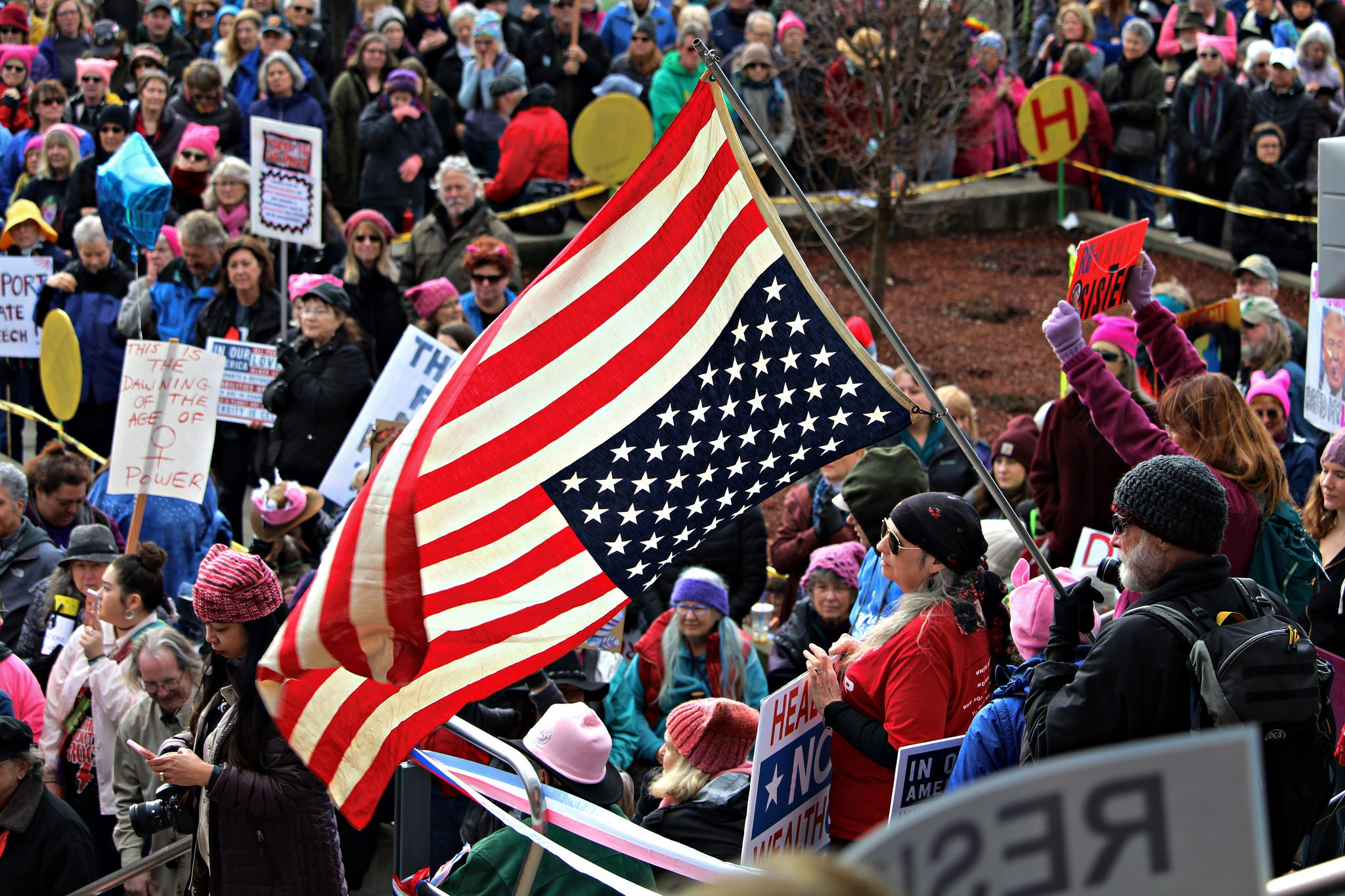 January 20th, 2018 saw people around the world turning out in droves to attend the many Women’s Marches held across the globe to protest the Trump administration and raise awareness on a number of women’s issues, namely sexual assault. While the marches are often heralded as victories for the feminist movement, there are real, significant pitfalls tied into the rise of lifestyle feminism, especially when the outcome of the 2018 midterm elections hangs in the balance.

The problem with lifestyle activism

What is lifestyle activism? Recently, declaring oneself to be a feminist has become increasingly trendy. While a noticeable increase in people demanding gender equality is far from being destructive to the cause, there remains the prospect that what the movement stands for may become muddled when it intersects with pop culture and profits parties that do not support the original movement. For example, brands like Forever 21 and H&M offer products that proudly proclaim messages of women’s empowerment. T-shirts, socks, and several other accessories sport slogans like “feminist,” or “GRL PWR”. However, despite their surface-level support of feminism, these companies have all been guilty of profiting off the vulnerable third world women employed in their factories.

It is important to clarify that the women’s marches are not inherently bad. In fact, the general intention behind the marches is understandable, if not admirable. Additionally, the relative success of the marches — in terms of attendance at the very least — brings much needed media attention to a plethora of social issues, including sexual harassment or assault, that too often go unmentioned. The marches also demonstrate the American people’s very real discontent and anger about the Trump Administration. However, despite the seemingly positive and encouraging nature of the marches, there remain a number of problems with them, chief among them being the proclivity to indirectly encourage lifestyle activism.

Celebrities are just as guilty of jumping on the lifestyle activist-bandwagon as any average person. Despite the number of sexual harassment scandals that have recently rocked the entertainment industry, celebrities such as Selena Gomez and Lena Dunham continue to work with abusers while claiming to support feminist ideology. In this way, celebrities are using social justice movements to appeal to a larger audience, much like the aforementioned companies, while continuing to support individuals and systems that put marginalized groups at risk. In order to stay true to the original goal of women’s marches, celebrities should use their privilege and influence to provide a platform for real, established, and intersectional activists to spread their message and educate people who are willing to be educated.

The power dynamics in Hollywood, the culture of bullying and harassment that has grown from them, and the voices and strength of survivors should not be discounted no matter how privileged they are in other ways. However, it is critical to note that the fight for equal rights did not start in Hollywood, nor will it end there. The temptation to trust A-list stars and public figures is understandable — they are familiar, glamorous individuals that regularly affect pop culture and public opinion. In fact, celebrities have the distinct advantage of being able to reach much larger audiences than the average full-time activist.

However, much like getting up early on a Saturday morning to march for a few hours does not make one an activist, a well-timed speech does not (and should not) make a celebrity the de facto leader of the feminist movement. Good intentions do not replace education and the follow-through that are necessary to ensure real political and social change, especially with the United States on the cusp of the 2018 midterm elections. Though it may be pleasant to consider Oprah Winfrey, for example, as a potential political candidate, she has neither the training nor expertise necessary to be an effective political leader. Valuable time and support would be much better spent supporting women who are already politicians and could use the support to further their careers, such as Kamala Harris or Tammy Duckworth.

What can be done?

If the election of Donald Trump as president is indicative of anything, it is that moral outrage is not enough to ensure a victory for women’s rights, or even liberal values in general. Showing up to a march is clearly not enough. In order to make real difference, individuals must be educated on pertinent subjects and motivated enough to go out and vote in the way they choose. The pitfall of lifestyle activism is that it puts marginal acts of activism on par with lifetimes of work. Though one may have the best intentions, taking action is what makes the biggest difference in the end.

There are many options for those wishing to become more involved politically. Registering to vote and staying up to date on relevant issues are good first steps, but there is much to be done beyond that. Supporting organizations such as Amnesty International,  She Should Run, or the Native Women’s Shelter on Montreal help the movement for women’s empowerment in ways that go beyond marching.

Ultimately, it is crucial to remember that women’s marches are more than just a supportive environment in which individuals can demonstrate their grievances with the current Presidential administration. They have the potential to be excellent jumping-off points for activists-in-the-making, just as long as those potential activists remember that they are acting within the context of a larger ongoing struggle for equal rights– not a fun weekend activity.