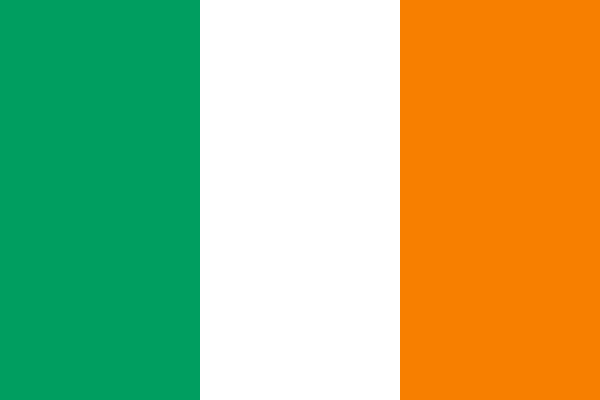 The main political divide in the Republic of Ireland is centred around the legacy of the Irish Civil War (1922-23). The dominant political parties are descendants of the conflict’s two sides, with Fine Gael (“Tribe of the Irish”) formed by the victors and Fianna Fáil (“Soldiers of Destiny”) created by the losers. But at the general election to the Dáil Éireann (“Assembly of Ireland”) on February 4, 2020, both civil war parties were overtaken in the popular vote for the first time by another political party, the left-wing Sinn Féin (“We Ourselves”). As a result of their defeat, Fianna Fáil and Fine Gael entered into a historic grand coalition together. With the civil war parties finally prepared to govern together and with the rise of Sinn Féin, Ireland is clearly undergoing political realignment, but what will be the end result?

A Politics Shaped by Conflict

Ireland’s politics have been shaped by conflict since the Anglo-Irish Treaty of 1921, which ended the War of Independence (1919-21). In the treaty, Ireland separated from the United Kingdom (UK) and became a dominion of the British Empire. However, six of Ireland’s 32 counties remained part of the UK as Northern Ireland. After the treaty was signed, the Civil War broke out between the pro-treaty faction, who disliked the treaty but saw it as a stepping stone to independence, and the anti-treaty faction, who perceived it as a betrayal of their vision of a united, independent Ireland. The pro-treaty faction won the conflict and the descendants of both sides would form Ireland’s dominant political parties, with the pro-treaty faction becoming Fine Gael.

Fianna Fáil and Fine Gael are ideologically similar to each other, as both are big-tent and centre-right parties. The main divide between them is the legacy of the civil war itself. In terms of electoral history, Fianna Fáil has been the more successful party, governing Ireland for 62 years between 1932 and 2011.

Sinn Féin’s formation is also rooted in conflict, having been formed in 1970 as the political wing of the Provisional Irish Republican Army (PIRA). The PIRA waged a terror campaign against the Northern Irish and British governments, fighting for Northern Ireland to join the Republic of Ireland in a conflict known as “the Troubles” (1968-98). The Troubles ended with the Good Friday Peace Agreement of 1998, and Sinn Féin’s association with PIRA ended shortly afterwards. Sinn Féin competes in both Northern Ireland, where it has generally been the second-largest party, and the Republic, where historically it has only been a minor party.

The previous government was a minority coalition between Fine Gael and several independent politicians, with a supply and confidence agreement with Fianna Fáil. Many voters came to view the civil war parties as being too similar to each other due to their supply and confidence agreement. As a result, Sinn Féin was able to use this discontent to gain support, positioning itself as the main force for change in Irish politics.

However, the party’s poor performance in the local and European parliamentary elections of 2019 had been discouraging. Sinn Féin decided to run a limited number of candidates at the general election, expecting another sub par result. However, the party was able to win the popular vote by tapping into public dissatisfaction about healthcare and housing, which represented the main issues for most voters. In the (still-ongoing) “trolley crisis,” many patients admitted to hospital were left waiting on trolleys for a bed, with a record of 118,367 such admitted in 2019. A lack of house-building since the 2008 Financial Crisis, moreover, has made it difficult for many people, particularly in Dublin, to find affordable housing. Sinn Féin was able to blame the civil war parties for allowing these issues to develop, while stressing its own manifesto’s promises of massive investment in healthcare and housing.

Though the party had performed better than it had anticipated, Sinn Féin tied with Fianna Fáil, each winning 37 deputies. The former would have won more deputies if it had stood more candidates to begin with.  Fine Gael won 35 seats, while the Green Party enjoyed strong growth, winning 12. The remaining seats were won by several small left-wing parties and 19 independent politicians.

As the winner of the popular vote, Sinn Féin was prepared to go into coalition with either Fianna Fáil or Fine Gael, but both parties rejected their overtures due to Sinn Féin’s past association with the PIRA. Having ruled out working with Sinn Féin, Fianna Fáil and Fine Gael decided the only viable option was to form a historic grand coalition between themselves. The support of a third-party was required to ensure the government would hold an outright majority, which the Green Party agreed to provide. The resulting coalition government was formally voted in by the Dáil on June 27th.

As Fianna Fáil and Fine Gael have entered into a formal coalition with each other, the old civil war schism in Irish politics is seemingly over. The new political divide seems to be between left-wing and right-wing politics, with Sinn Fein standing opposite the two older centre-right parties. But will this divide remain the central one for the next general election in 2025?

At the time of the 2011 election, the centre-left Labour party enjoyed its best ever result, finishing second and overtaking Fianna Fáil. It then went into coalition with the election’s winner, Fine Gael. However, Labour was blamed for the government’s austerity programme and was nearly wiped out in the 2016 election, and its popularity has not yet recovered.

Sinn Féin was able to fill the left-wing space following Labour’s decline. In addition, Sinn Féin has avoided Labour’s main mistake, which was its decision to migrate out of the opposition. Accordingly, it has been able to avoid blame for the economic crisis caused by COVID-19. This decision, combined with the aforementioned boost it is expected to receive from voters who feel that Fianna Fáil and Fine Gael have become too similar, currently puts Sinn Féin in a strong position for the 2025 election. However, the party’s prospects may change over the next five years running-up to it.

Within the coalition government, Fianna Fáil’s leader will serve as Taoiseach (Prime Minister) for two and a half years before swapping with Fine Gael’s leader. As Fine Gael will be in charge by the next election, they are more likely to be blamed for the government’s mistakes and suffer electorally. Fine Gael currently holds the position of the Finance Minister, so it is responsible for the difficult and likely unpopular task of overseeing Ireland’s economic recovery from COVID-19. Due to Fine Gael’s prominence within the coalition government, the party has made itself more electorally vulnerable than its partners. Fianna Fáil should be able to take advantage of this and set itself up as the main centre-right challenger to Sinn Féin in 2025.

The legacy of the civil war is starting to fade in Irish politics, now centred around the left-right divide due to the rise of Sinn Féin. If Fine Gael suffers heavy losses come the next election, Ireland may enter a new party system with Fianna Fáil and Sinn Féin as the dominant parties. Alternatively, Fine Gael may remain strong, allowing the current system of three main political parties to crystallize. The end result of Ireland’s political realignment will become clearer closer to the general election in 2025. Meanwhile, Fianna Fáil, Fine Gael and Sinn Féin have five years to ensure they remain central forces in Irish politics, or they risk being left behind.

Featured Image: “Flag of Ireland”, by Wiki-vr, is licensed under CC BY-SA 3.0.